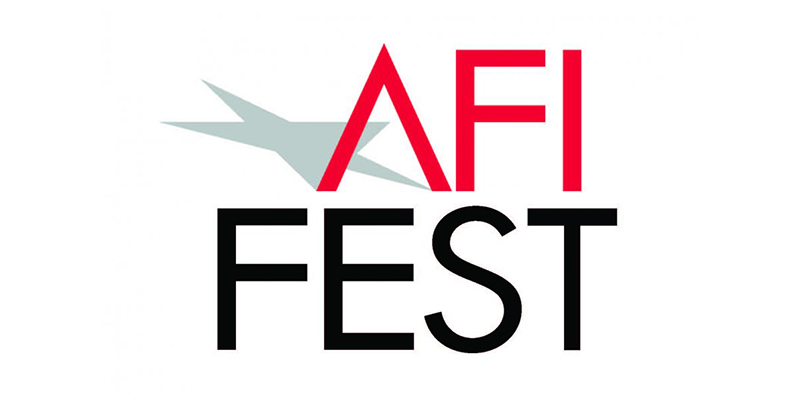 I caught some amazing films at this year’s AFI Fest, including a classic that I’d been meaning to see for years, Robert Altman’s Nashville on closing night. It was a great to end the festival, whose films took me to 1950s New York, Zambia, the ultra-rich families of Connecticut and some mysterious California woods. 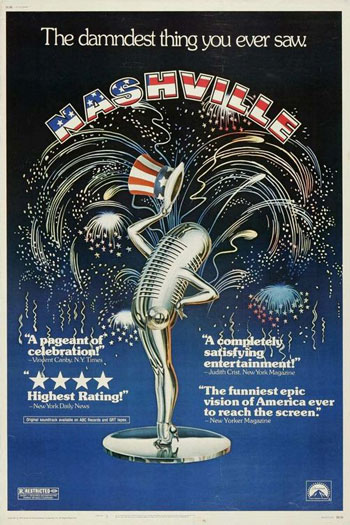 Altman’s sprawling 1975 masterpiece set in the country music capital screened as part of a 12-film retrospective to the late auteur.

This was my first time seeing it and it’s definitely a film that’s best appreciated on the big screen.

The effortless way Altman weaves supporting players into every shot and masterfully juggles storylines should be (if it isn’t already) taught in film school.

Despite being nearly 3 hours long and leisurely paced, Nashville is never boring.

The intersecting storylines include a fragile Loretta Lynn-esque country queen (Ronee Blakley) recovering from an accident; a married gospel singer (Lily Tomlin) who is flustered by the attentions of an attractive musician (Keith Carradine); a ditzy, man-crazy girl from California (Shelley Duvall); a hilariously obnoxious BBC reporter (Geraldine Chaplin) making a documentary on the country music scene; and a politico (Michael Murphy, who later starred in Altman’s Tanner) trying to line up the brightest country stars for a concert in support of a third-party presidential candidate.

And — in a very early, non-speaking role — Jeff Goldblum is his endearingly eccentric self as “Tricycle Man,” who rides an Easy Rider-style chopper, does magic and wears glasses that his flashy Thor: Ragnarok Grandmaster character would surely covet.

Each actor cowrote his or her own original songs for the film, including Carradine, whose tune “I’m Easy” — performed during a standout scene where he could be singing it to four different women — won a Best Original Song Oscar. Tomlin and Blakley were both nominated for Best Supporting Actress (Lee Grant won that year for Shampoo). Both Tomlin and Blakley were there in person and took part in a dishy Q&A afterwards.

It’s clear why Nashville is regarded as Altman’s masterpiece and as one of the most important, and still-relevant, films of the ’70s. I can’t recommend it enough. 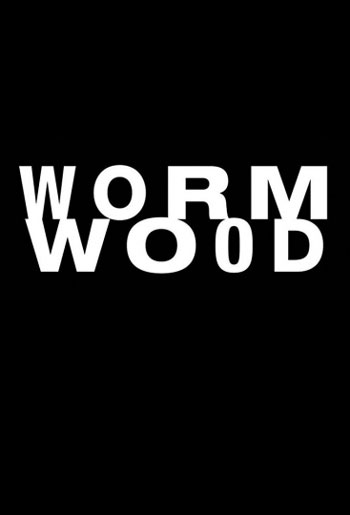 He blends interviews with Frank’s son Eric — who’s made it his life’s mission to uncover whether his father’s plunge from a hotel window was suicide, accident or murder — with noir-ish reenactments of Frank’s last few days.

Peter Sarsgaard sympathetically plays Frank, Molly Parker his wife, Bob Balaban a highly unusual psychiatrist, and Tim Blake Nelson and Westworld’s Jimmi Simpson are shady CIA operatives.Morris and Eric Olson uncover layers and layers of cover-ups over the past 6 decades, with ever-changing explanations of what really happened that night in 1953.

Along the way, we get glimpses into some of the CIA’s worst dirty tricks and the terrible things done in the name of patriotism, including the mind control project named MK-Ultra. Conspiracy nuts will eat this one up.

And noir fans will love the callouts to classic noirs such as The Manchurian Candidate. The recreations are like the best-ever episode of TV’s A Crime to Remember. And opening sequence has a nightmarish, hallucinogenic, David Lynch quality.

Much like Kitty Genovese’s brother in The Witness, Eric realizes he’s probably devoted far too much of his life to his pursuit of the truth, but he can’t let it go.

It’s a fascinating story and Morris’s mixture of documentary and dramatic retelling makes it that even more compelling.

Wormwood premieres on Netflix December 15.
Rating: 5 out of 5 stars 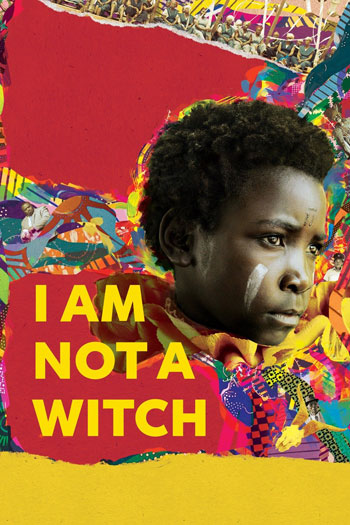 Luis Buñuel would love this sharp satire in which a little girl is dubbed a witch — but is also a government employee who can determine men’s guilt or innocence.

The film begins when a solemn little girl (Maggie Mulubwa) turns up at a small Zambian village. They superstitious locals are quick to label her a witch.

After a farcical hearing in which one villager offers his dreams as evidence, she is packed off to a witch camp. There, the mostly elderly women must perform hard labor, when they’re not serving as a tourist attraction, that is.

When she is first brought to the camp, Shula is given the same choice all the other women are:

Cut the ribbon and be turned into a goat or admit she’s a witch and remain human.

Sensing she can be part of a community for probably the first time in her life, she declares that yes, she is a witch.

The matriarch of the group dubs the nameless girl Shula. She seems doomed to live out her days working alongside these women, until the magistrate takes Shula out for the day to render judgment in a trial. When she correctly fingers the culprit, she becomes his prized employee.

To be disenfranchised and essentially imprisoned for life, and then to be given such power over other people’s lives is a fascinating conundrum.

Like all the other women designated as witches, Shula must wear a harness connected to a long white ribbon. It’s a poetic metaphor of enslavement as the women work the fields, their long ribbons trailing and tangling behind them.

In reading about the film, I was shocked to learn that “witch camps” are a real thing. The director visited camps in Gambia then added her own fanciful touches for the film.

That her cinematic exaggerations are not really that far off from reality makes this film resonate even more. 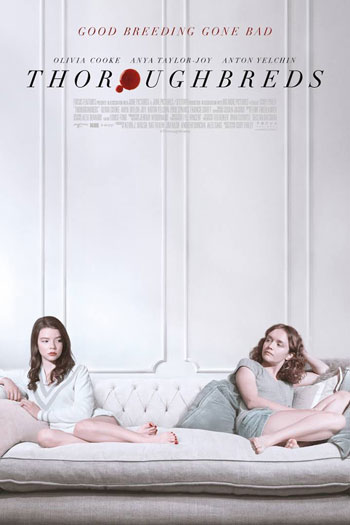 Playwright Cory Finley makes an assured directorial debut with this psychological thriller that’s been compared to Heathers and Mean Girls.

Amanda fell out of social circles after a shocking incident that we later learn was her botched attempt to euthanize her beloved (but fatally injured) horse.

Her mother hires the far wealthier Lily to tutor Amanda, hoping that the two will click again and restore Amanda to a degree of normalcy.

Instead, Amanda’s obvious pathology sparks something in Lily, who seizes on the idea that here is someone cold-blooded enough to help her get rid of her stepfather.

There are ample nods to classic film noir, including a scene where the two girls watch D.O.A. And when Lily first suggests they go through with the plan, the scene is styled to recall Gene Tierney’s cold-hearted villainess in Leave Her to Heaven.

In one of his final completed films, Anton Yelchin plays against type as a sleazy local drug dealer whom Amanda thinks would make a good trigger man.

The horse metaphors are a little heavy-handed, as is the oppressive sound design. But worth your watch for Olivia Cooke’s matter-of-fact psychopath. 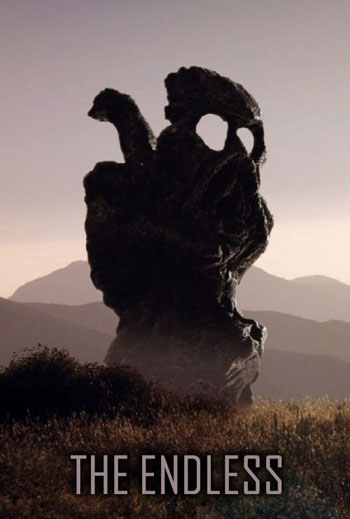 The directing duo of the Lovecraftian horror film Spring is back with this twisty sci-fi film that, unfortunately, goes absolutely nowhere. Justin Benson and Aaron Moorhead also star as the main characters, two brothers who escaped a cult 10 years before. Justin is the elder brother and Aaron the younger brother who’s a bit vague on why they had to leave in the first place.

The issue isn’t with their acting, fortunately. It’s with the script that sets up an intriguing mystery, then takes its sweet time getting to a wholly unsatisfying ending.

The movie starts off promisingly enough when the brothers receive a package. In it is a videotape with a message from one of the cult members that mentions an upcoming “ascension.”

Aaron wants to go back to Camp Arcadia and demands to know why Justin made them leave. Given that their current life is just cleaning houses and subsisting on ramen, his fond memories of the camp seem much better by comparison.

Justin finally relents and agrees to visit for just one day. After a long drive up into the Southern California hills, they reach the camp. Eerily, no one seems to have aged a day. They’re welcomed with open arms, even though Justin gave a scathing tell-all to the media about the terrible goings-on at the camp. Which he later admits to Aaron that he made up or may have been wrong about.

Justin is edgy and suspicious of the group, but Aaron is happier than he’s been in ages and begs to stay one more day.

We’re given little clues that something otherworldly and potentially very sinister is going on, that there’s “something” out there in the woods. But when the film begins to (very slowly) reveal its secrets, it’s an enormous letdown.

The special effects are impressive for what I assume is a very low budget. And I did enjoy one eccentric character, a perpetually pissed-off guy named “Shitty Carl,” played by James Jordan. But the central mystery is, alas, a dud.