It has been over a month now since The Flash returned to our TV screens after a season that ended with a major cliff-hanger – Barry getting trapped inside the Speed Force. The new season came back with a bang and introduced interesting plot twists and plenty of new amazing villains for Team Flash to battle with. So if you haven’t caught up yet, better stop reading now: spoilers ahead!

Despite the fact that Season 3 left fans with many unanswered questions and huge moments to look forward to (anyone hear the wedding bells in the background?), the premiere of Season 4 on October 10th did not go as well as planned in terms of viewership: on average, it managed to score a 1.0 rating among viewers aged 18-49 and its total viewership rose to 2.8 million. That means a drop of roughly 10% in viewers when compared to The Flash‘s Season 3 which premiered with an average of 1.3 rating and a total of 3.2 million viewers. Yet despite the rocky start, the new season of the series seems to have found its pace and also introduced a villain that is a fan favorite in the DC Universe – Hazard.

Stand corrected. Is Lady Luck coming to #TheFlash?
Filming in downtown Vancouver https://t.co/sQzQy5dFqU Before & after pic.twitter.com/ITU23s286k

Let’s not forget that The Flash TV series were originally a spin-off from Arrow, which also airs on CW, but the show has quickly evolved to stand on its own – and even produced another spin-off, along with characters featured on Arrow, Legends of Tomorrow. In this season, The Flash is continuing to function as a pillar of the fictional universe that all three series belong to, by introducing a number of new allies and foes, including the Elongated Man, one of Allen’s most iconic allies, the Breacher (a bounty hunter from Earth-19 and played by Mr Danny Trejo himself!) and of course, Hazard, whom the Flash encounters and later confronts inside a casino in Episode 3, Luck Be a Lady.

Gambler’s Granddaughter and Perpetually Lucky – Who Is Becky Sharpe?

Hazard is one of the most interesting and complicated villains in the Flash universe. It was revealed last August that actress Sugar Lyn Beard was cast as Becky (Rebecca) Sharpe/Hazard and she does an excellent job of bringing a fun and relatable element to the character. Originally, Hazard was a woman constantly out of luck, until a freak accident – as so often happens in a superhero’s world – changes her into a mutant. Now her superpower is, well, good luck – and she tosses her special dice around in order to influence the probabilities of something happening to bring about the outcome she favors.

In the show, her powers get a scientific explanation that differs from the original story and that feels a bit forced but, otherwise, the first images of Hazard’s portrayal seem like a fresh take on the character that respects her core personality features. In the comics, she was involved in the Injustice society, as was her grandfather, The Gambler – a Green Lantern villain who also had a knack for games of luck.

Out of Luck? Not Quite

Ever since she first appeared in Infinity Inc. # 34 in 1988, Hazard has been bringing a casino vibe into the DC Universe. Dressed in her iconic outfit that sports two giant dice on her blouse and resembles the look of a casino card dealer, she has been playing with luck and managing to get away with it. She is not the only DC villain who brings a bit of the glamor and mystery of casinos into their nemesis’ universe – last year, we saw Veronica Sinclair, a.k.a. Roulette make her debut on Supergirl, running her casino/gladiator games pit called “The House”. 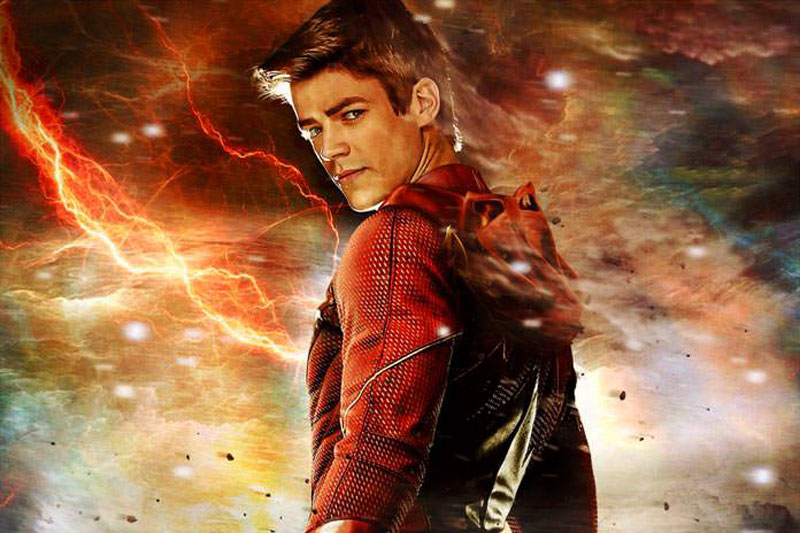 And the Marvel Universe has its share of them, too: Marvel has been teasing us for a while now on a solo movie about Gambit (Channing Tatum has been cast for the role), an X-Men villain who uses a deck of playing cards charged with kinetic energy as his trademark weapon. Gambit, Roulette, and Hazard all join the long tradition of the casino world’s appeal in branding and nostalgia, which spans over many TV shows and films, including the Ocean’s Eleven movies, iconic characters like James Bond, and even Oscar-winning films like Rain Man or Leaving Las Vegas. Ultimately, it is no surprise that Hazard was the one picked to bring some fun into a notoriously geeky character like DC’s The Flash – the dorky scientist who gains super-speed abilities and decides to fight evil.

Could Hazard Bring out the Hidden Mischievous Side in Barry Allen?

Hazard is a marvelous addition to the DC Universe, particularly because her character is so complex in terms of her morals. In the comic books, she has a well-developed code of honor and despises violence. She is even known to sabotage other villains’ plans when they are working together in order to protect innocents from harm. But she is also sneaky and avoids direct confrontation – and she is not exactly a team player.

In spite of last season’s serious finale, Hazard’s appearance so far on The Flash series seems to bring out the humorous side of things; she is an entertaining antagonist to geeky Barry Allen and she seems to have a very mischievous approach to her criminal lifestyle. Whether she will be able to keep on confusing Team Flash and give them a run for their money, it remains to be seen.

In this article:DC Entertainment, Gaming/Gambling, Television, The Flash