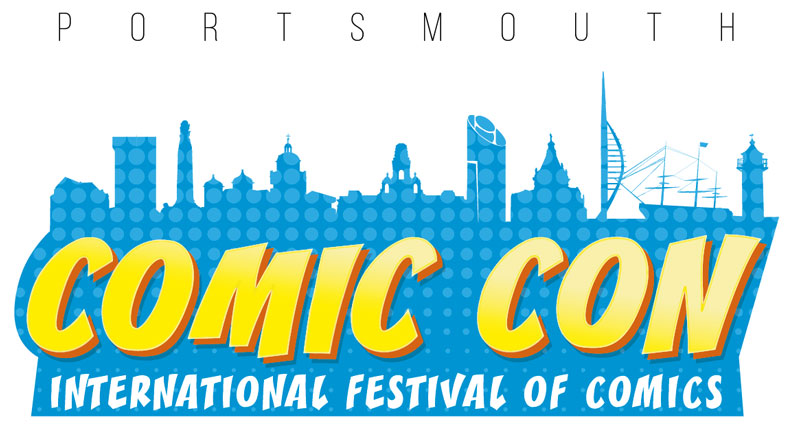 Joining an already impressive array of the most renowned and exceptional comic writers and artists in the industry are five more international talents who will be joining the line-up of creators for panels, signings and sketches at the South Coast’s premier comic convention.

With Thor: Ragnarok currently cleaning up in cinemas around the world, it is only fitting that we are bringing the man who was the creative dynamo behind the character’s early 80s renaissance. In his illustrious five decades long career, Walt Simonson has drawn many of the most iconic superheroes of all time including Fantastic Four, Batman and Superman. In recent years he has turned his attention to the creator-owned Norse fantasy epic Ragnarok, for which he has been winning plaudits.

Joining him is his wife Louise Simonson, a comic writer and editor of the same stature as her husband. A major figure at Marvel and DC in the eighties, she has worked on and written for many of their major titles, including Star Wars, New Mutants, X-Factor and Superman: Man of Steel. This will be the first time the pair have been over to the U.K. in over a decade.

From Los Angeles comes comic creator Tess Fowler, whose work has garnered a considerable following. Describing herself as an artist in blood and trade, Fowler is best known for Rat Queens, Heathen for Vault, Heavy Metal and currently Kid Lobotomy with Peter Milligan.

Another extraordinary artist from the U.S is Shawn Martinbrough. This classic illustrator has drawn Captain America, Black Panther and Hellboy. His work outside comics has involved co-creating the supporting characters in Marvel’s Deadpool movie. His most recent work has been Thief of Thieves – the new crime series from The Walking Dead creator Robert Kirkman.

Last but by no means least in this latest raft of guests is Tim Bradstreet , a comic illustrator who counts Star Wars in his long list of credits, as well as over 70 covers for Marvel’s The Punisher and DC’s Hellblazer. His work also includes movie posters and gaming, and he was also the artist behind the highly controversial Iron Maiden album cover a Matter of Life and Death and the Punisher movie posters.

With the prestigious names already on board and the extensive selection of activities this convention has to offer, Portsmouth Comic Con promises to be one of the largest regional events of its kind, celebrating the art of comics, illustration and the worlds of TV and film.

The event is the brainchild of Portsmouth Guildhall and Tripwire Magazine. Tripwire has been, for over 25 years, the pre-eminent comic and genre publication read by some of the biggest names in the film, TV and comic industry.

There is still time to take advantage of Early Bird tickets.
Visit www.portsmouthcomiccon.co.uk or phone the ticket line on 0844 847 2362 .