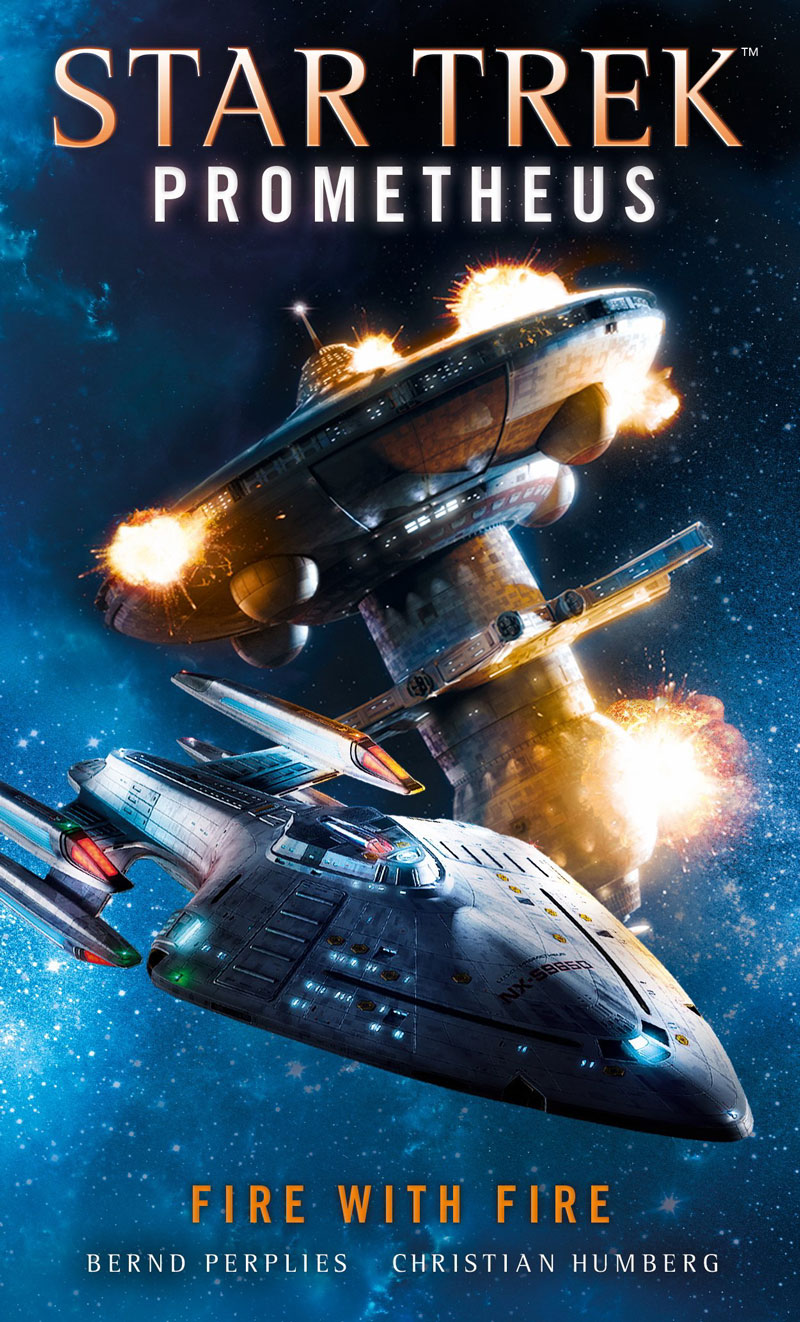 A mysterious terrorist organization has carried out several attacks against the Federation and Klingon Empire. Tensions are running high in a region already crippled by conflict. The perpetrators are tracked to the Lembatta Cluster, a mysterious region of space whose inhabitants, the Renao, regard the the Alpha Quadrant’s powers as little more than conquering tyrants. The Federation are desperate to prevent more bloodshed, and have sent their flagship, the U.S.S. Prometheus, into the Cluster to investigate the threat before all-consuming war breaks out.

To enter, send an email with the subject header “PROMETHEUS” to geekcontest @ gmail dot com and answer the following question:

How many Star Trek television series have their been?