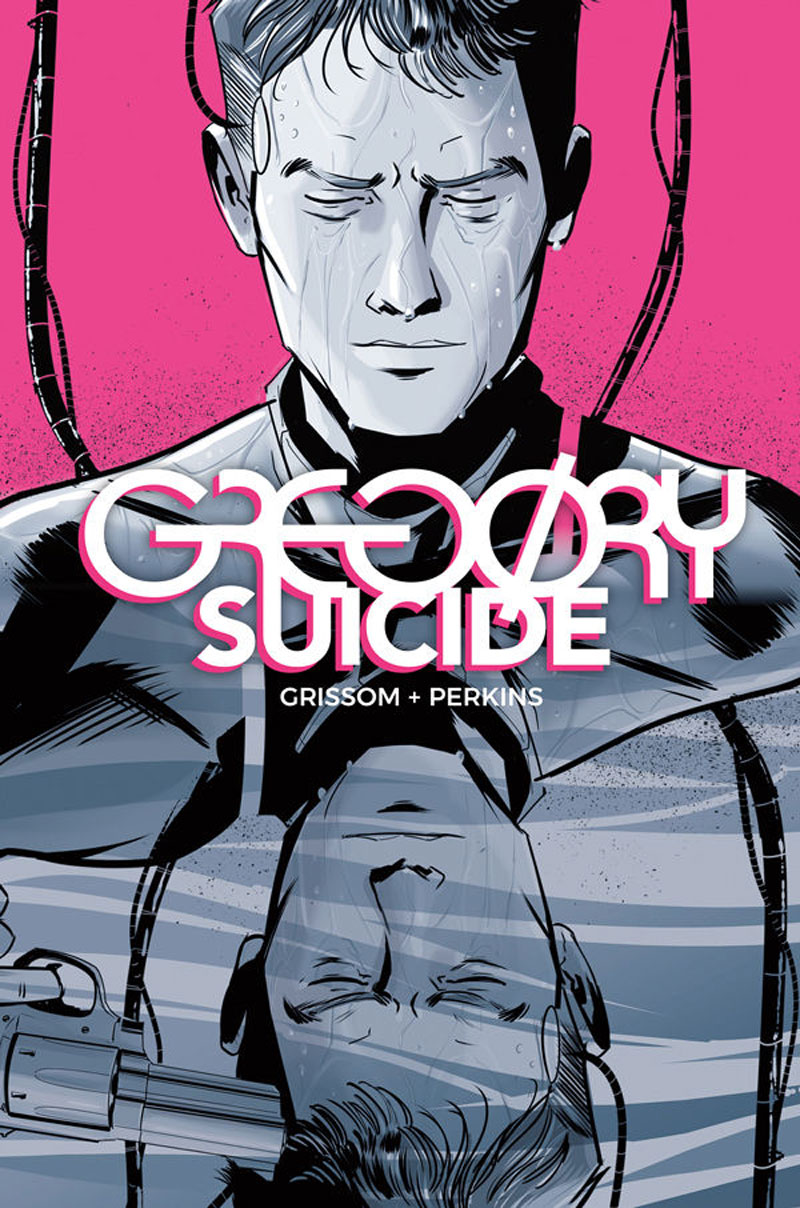 Gregory Suicide is available in comic stores now and will be released everywhere on December 5 via Dark Horse Books. The hardcover graphic novel is written by Eric Grissom (Deadhorse) with art by Will Perkins (Beware… Comics).

An obsolete A.I. program known as Gregory wakes in an unfamiliar world and is haunted by the memories of his past lives, each ending in death by his own hand. On the path to discovering the truth about himself, Gregory slips into the trenches of two opposing forces: the deadly A.I. who replaced him and a group of humans who want to destroy him and all his kind. In the end, Gregory must choose a side in the coming revolution and the key to everything may lie in the strange visions he has between life and death.
Set in a suburban dystopian future, the thought-provoking science fiction explored in the the book’s 144 pages brings to mind the likes of Blade Runner, Looper, and Westworld. Rather than merely relying on genre tropes, Gregory Suicide uses the vivid aesthetic as a backdrop to a universal story about human struggle.
“Gregory Suicide is the hardest and most rewarding thing I’ve ever worked on,” explains Perkins. “It deals with what it means to be flawed and the wonderful humanity in that, all while tackling our disposable society. There is also a heart in Eric’s writing that you don’t find in typical genre comics.”
For a taste of Gregory Suicide, a free prologue can be downloaded from GregorySuicide.com, where you can also learn more about the graphic novel.