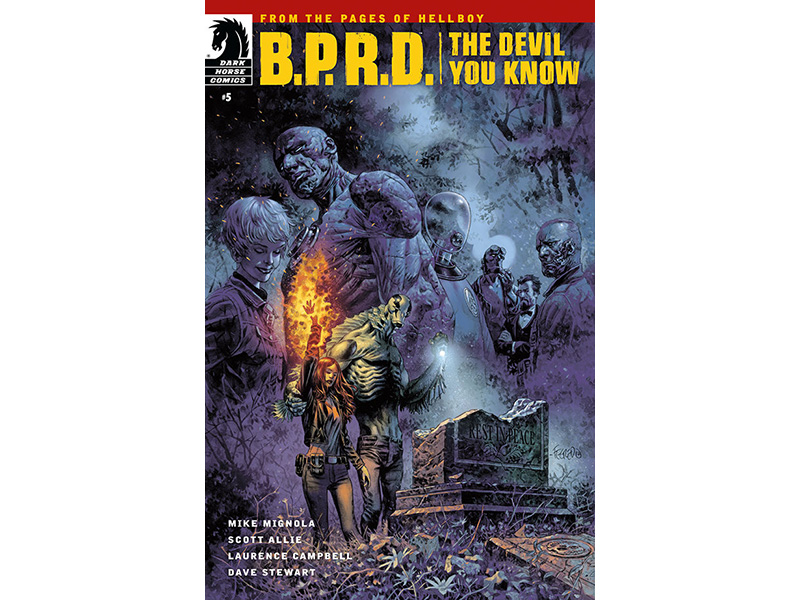 In today’s issue of B.P.R.D.: The Devil You Know #5, co-written by Mike Mignola and Scott Allie and illustrated by Laurence Campbell, fans were treated not only an unexpected finale, but also one that will send a wave of joy throughout fans of the Mignola-verse as we head into the new year.

As the issue ends, the B.P.R.D. team visits the wreckage of their old headquarters which was destroyed last year. As the sift through the wreckage, they discover Hellboy’s coffin – and as it opens, it appears that Hellboy appears to be opening his eyes…

Speaking with Heat Vision, Mignola revealed that, “For a very long time we’ve known where this series was going.  The reveal at the end of issue 5 was planned years ago and I sincerely hope it catches readers by surprise. The internet being what it is, it’s not easy to keep secrets these days, but I’m hopeful fans will help us out and keep a lid on things for awhile, until more people have had a chance to read the comic.”

More details regarding the return of Big Red in the coming months.