With less than two weeks away from the release of The Last Jedi, aka Episode VIII, details are still rumor and unconfirmed.

Here are several things we do know.

Luke Skywalker is the Last Jedi

Once the title of the film was announced, there has been speculation as to who the actual Last Jedi is.  Is it Rey?  Is it Leia?

They told us in the opening scroll of The Force Awakens.

The Star Wars Saga has had it’s share of behind the scenes drama.  With both of the spin-off films, Rogue One and the upcoming Solo, there have been creative conflicts that have showed that both Lucasfilm and producer Kathleen Kennedy aren’t taking many risks with the extremely valuable IP.  The Han Solo prequel not only parted ways with it’s directors, but also brought in Ron Howard to take over the film, recast at least one actor, reshooting their material.

But it’s Johnson, who wrote and directed The Last Jedi who might be the franchise’s big winner.  After parting ways with the originally announced Episode IX director Colin Trevorrow, Johnson was rumored to take over before The Force Awakens helmer J.J. Abrams was announced as returning to the franchise. 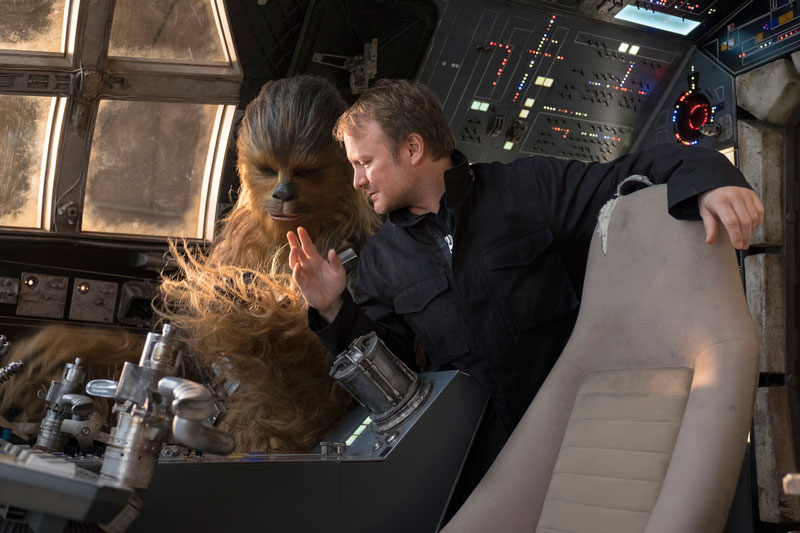 Where does that leave Johnson?   On November 9th, StarWars.com revealed he’s sticking around with an unprecedented opportunity.

Lucasfilm is excited to announce that Johnson will create a brand-new Star Wars trilogy, the first of which he is also set to write and direct, with longtime collaborator Ram Bergman onboard to produce.

As writer-director of The Last Jedi, Johnson conceived and realized a powerful film of which Lucasfilm and Disney are immensely proud. In shepherding this new trilogy, which is separate from the episodic Skywalker saga, Johnson will introduce new characters from a corner of the galaxy that Star Wars lore has never before explored.

“We all loved working with Rian on The Last Jedi,” said Kathleen Kennedy, president of Lucasfilm. “He’s a creative force, and watching him craft The Last Jedi from start to finish was one of the great joys of my career. Rian will do amazing things with the blank canvas of this new trilogy.”

“We had the time of our lives collaborating with Lucasfilm and Disney on The Last Jedi,” Johnson and Bergman said in a joint statement. “Star Wars is the greatest modern mythology and we feel very lucky to have contributed to it. We can’t wait to continue with this new series of films.”

The Last Jedi is going to make money. Lots of money.

Although the release of Rogue One brought in a healthy $155 million on it’s opening weekend, it certainly was a clear indicator of the power of the actual Episodes.  A year before, The Force Awakens had a worldwide opening weekend of $529, but it also had the benefit of cast members from the original trilogy as well as the curiosity factor for the new trilogy.

In comparison, Rogue One, was simply a story that not only filled a gap, but characters that were never going to be more than a footnote in the Star Wars mythology.

The Last Jedi, is expected to rake in about $555 million on opening weekend alone and easily exceed $1 billion when it’s all said and done.

Not only resolving the previous films’ cliffhanger ending, The Last Jedi also has a curiosity factor built in with the passing of Carrie Fisher, which is sure to elevate the box office (a similar incident happened with Heath Ledger’s performance as The Joker in The Dark Knight, which was released shortly after his death.  Batman Begins’ opening weekend was $48 million vs. The Dark Knights’ $158 million).

Ultimately, all that matters is that it’s fun.

So, on December 15th, sit down with a popcorn and a soda in a darkened theater and embrace your inner child as the words ‘A long time ago in a galaxy far far away…” unfold on the screen.