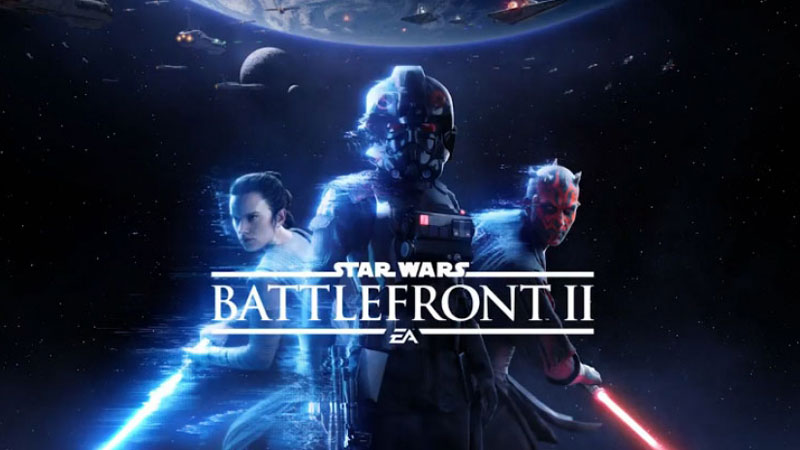 There was a great disturbance in The Force three weeks ago when the highly anticipated Star Wars: Battlefront II was released to an angry reaction from consumers.

November 14th’s pre-release of the game thrusted fans into EA’s pay to win system via micro-transactions. Earning accomplishments takes such a long time, that paying little by little for characters and weapons upgrades is more enticing to those with lots of cash and little patience. Gamers were getting slaughtered in the multiplayer setting right out of the gate by those who spent hundreds of dollars to upgrade to the ultimate ground commando or nearly indestructible starship. 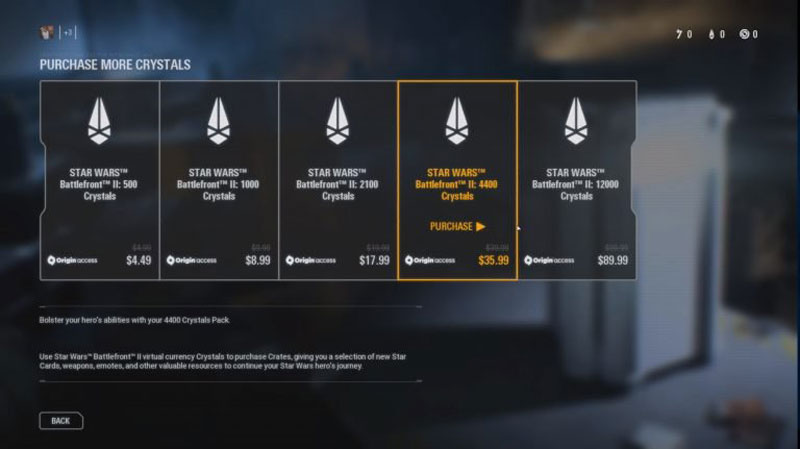 Fans unleashed their anger in unprecedented numbers on social media and Reddit, prompting a response from EA that infuriated fans even more. Soon after, the price of microtransactions was lowered by 75%, which still didn’t satisfy fans because the pay to win problem still existed. EA then went on to completely eliminate microtransactions on the eve of the game’s wide release. The gaming community scored a major victory over EA, with a lot of damage already done to Battlefront’s reputation.

I don’t fancy myself a gamer by any means. I get killed almost immediately in multiplayer settings, but that doesn’t stop me from trying. I got my eye on you GloryToCory and AdamBaconBurger.

The single player campaign is what made me spend eighty dollars on the PS4’s Elite Trooper edition of the game.

Because the story is canon! Plus, I ponied up the extra twenty dollars for extras that are super useless. Hey, you live and you learn, right?

A canon story in a video game presents enormous opportunities in terms of storytelling. DLC (downloadable content), along with filling in certain gaps that don’t leave casual fans out of the theatrical loop, would make for a more immersive experience.

The story follows Imperial Special Forces commando, Iden Versio, as she leads Inferno Squadron to battle the Rebel Alliance immediately following the Battle of Endor. Different types of levels from stealth missions to first-person shooter action and starfighter assault will give players a well-rounded list of things to accomplish. 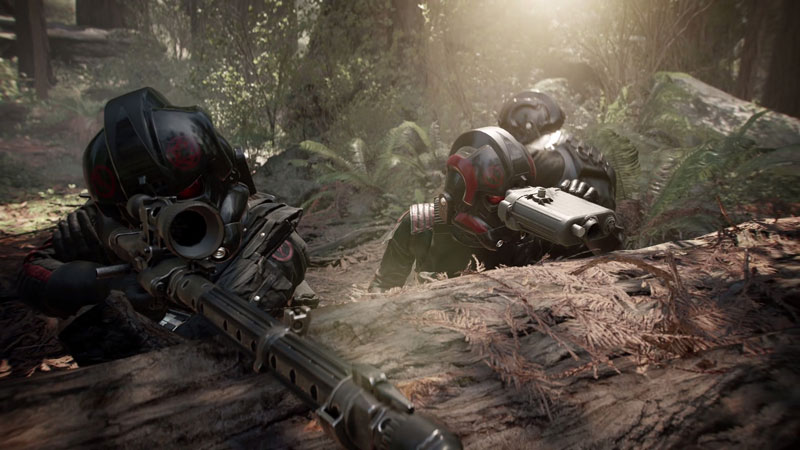 If you are a Star Wars fan who is all about that multiplayer life, you will enjoy this game. If you only bought this game for the single-player campaign, you will be disappointed in the story, despite being fun to play. Playing as the Empire is a fun concept and the promotional material leading up to the game positioned Iden Versio as someone who has an unwavering faith in the Imperial way of life. Versio starts off that way until she’s not, which made no sense considering the kind of person she is supposed to be. The campaign takes a detour from Versio’s journey as some of our favorite Rebel heroes take center stage.

Playing as Lando Calrissian makes for some shoot ’em up fun.

Still, when a campaign that is supposed to cover the thirty-year time frame between Return of the Jedi and The Force Awakens takes four hours to complete, narrative time jumps are a given.

In fact, the story jumps so far in time that we really only get to play a time frame of up to one year after Endor, skip 29 years, and are thrust into a mission right before Episode VII. It is essentially false advertising that is fun to play. Still, the narrative is too short and leaves a lot to be desired.

This pains me to say as a fan of all things Star Wars, however, Battlefront II was designed to be the ultimate multiplayer cash grab with everything else coming in a distant second place. The heart and soul of the game lies in the vast array of multiplayer features.

Gameplay is smooth, imagery goes from stunning to absolutely gorgeous and if you’re able to “earn” a wide variety of star cards, you will be nearly indestructible, eliminating old fogies like me with ease. The single-player campaign, on its own, is not worth the price of admission.

Still, if you’re down with The Force like I am, most likely, you will want to play this game. Make no mistake about it, this game could have been so much more…damn your greed, EA!