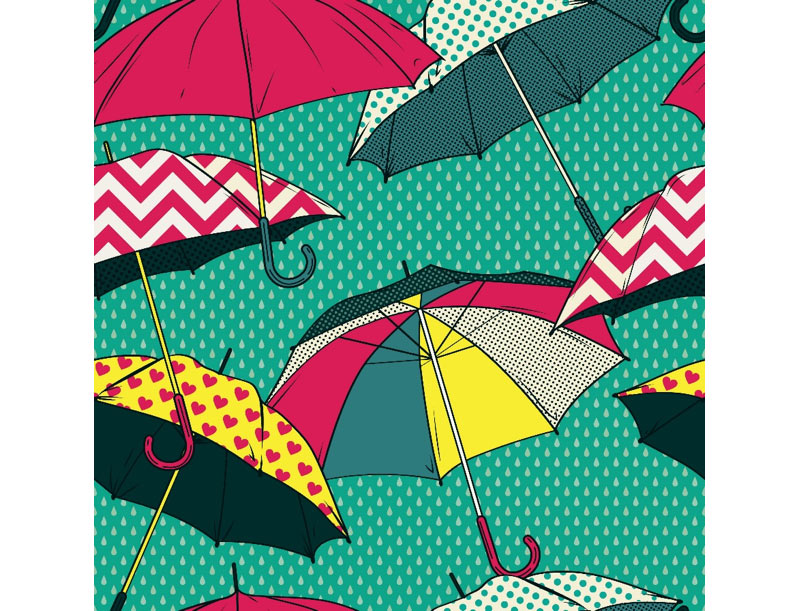 In order to sell any product or service, it’s important to attract customers. Whether you’re building a website to reach out to a certain market or you’re making a comic book you want people to buy and read, it’s crucial that you find a way to engage, inspire and retain clients.

Pop art, which uses kitschy images from popular and mass culture, is one eye-catching design approach that’s really worked for designers over the years. We’re going to take a look at what pop art is and how it’s influenced art and design. 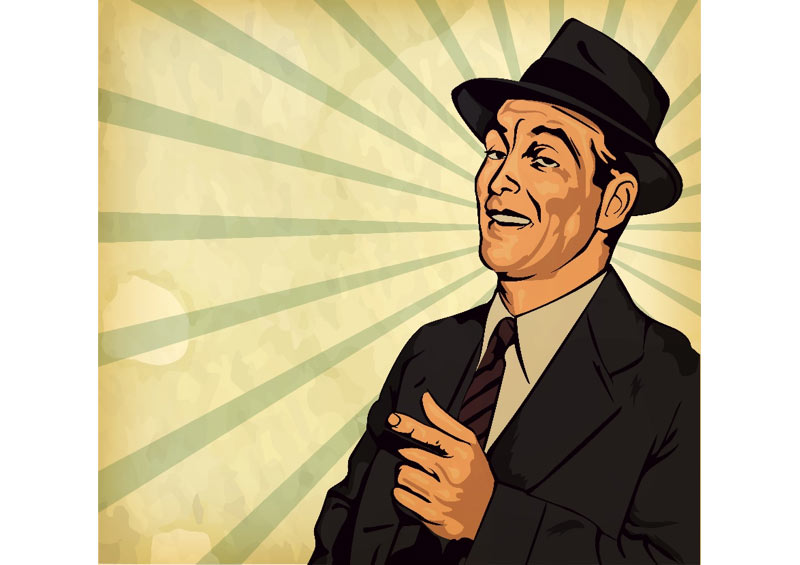 A pop art image of a man pointing / Source: Shutterstock

Pop art and design emerged in the 1950s out of the shadow of the Second World War. At the time, abstract expressionism dominated the world of fine art, but it had limited appeal beyond a narrow circle of critics. Art had never really come close to connecting with a mainstream audience.

That all changed with pop art. Developed alongside growing prosperity in the US, pop art gained a widespread commercial platform during the subsequent era of mass production, the boom in the fashion industry, and the arrival of the colour TV – when, arguably, style was more appreciated than ever. 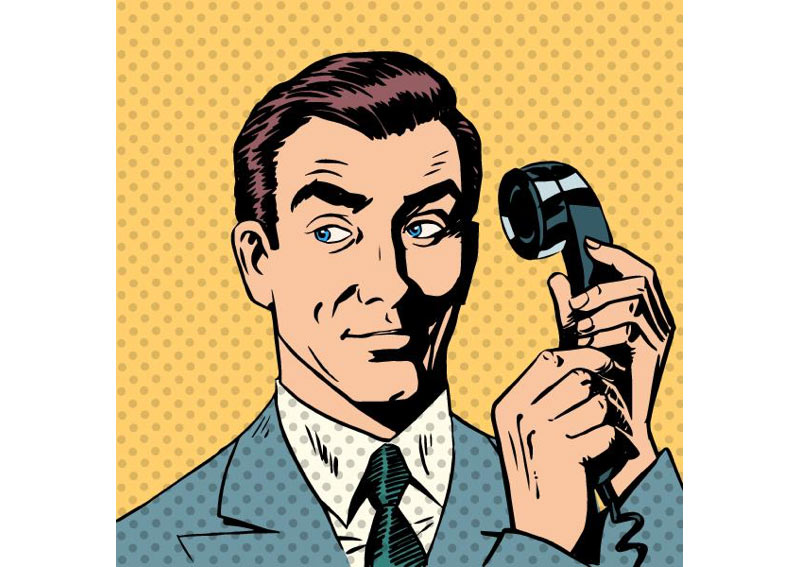 A pop art-style image of a man using a phone / Source: Shutterstock

Neo-Dadaism was pop art’s predecessor and focused predominantly on deconstruction.

In contrast, pop artists were obsessed with mass culture, and it became both inspiring and a key way of creating pieces of art. That’s why many of pop art’s creators – including its leading figure, Andy Warhol – had considerable experience of the advertising industry. This meant they were able to create standout pieces of work using commercial screen-printing techniques that allowed them to produce pieces in vast quantities.

Strong colours (often yellow, blue and red) and thick outlines characterised printing and it was this that became the hallmark of pop art. Furthermore, in order to achieve a response and cut-through with their work, pop artists utilised their day-to-day lives to create a visual language. For example, the Ben-Day dots – made popular by pulp comic books of the era – created secondary colours and shades that were instantly relatable to the general public.

Today, many aspects of pop art, including borrowing from old adverts, thick, primary coloured stylisation, and the production process, remain distinct in the world of art.

Andy Warhol was at the forefront of the pop art movement. After initial paintings of shoes, he rose to prominence in 1962 with his now-famous Campbell’s Soup Cans. After that he focused on creating pop art images of well-known celebrities, such as Marilyn Monroe. His work was so popular that he sold all the paintings he displayed in his first show in New York.

What was unique about Warhol was his silk-screen method of painting. The screenprinting process is a simple form of stencilling, in which a stencil is placed on top of a sheet of paper, then ink is pushed through the stencil to create an image. Silkscreening has evolved from Warhol’s days in terms of the type of paper and ink used. 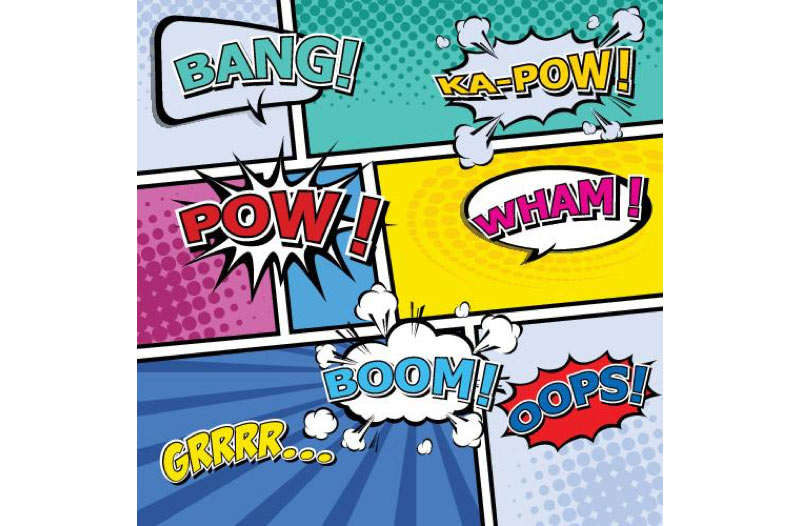 From the very beginning, design and pop art have gone hand in hand. While pop art found its art audience in the 1960s, it was in the 70s when it really began to influence commercial design.

For many pop artists, the subject of their work was industrially-produced goods, often depicted ironically. This was groundbreaking at the time, when capitalism was generally viewed sceptically – if not, with outright hostility – by creative people. Today, it’s clear to see that this was a key time when art and business met to produce commercially success visual work. It led to the creative industries becoming key to business success in all sorts of industries.

Take fashion, for example. Warhol began to print his designs on paper dresses, which soon became a novelty, capturing the essence of the consumerist lifestyle and the disposable nature of consumer goods. It grew into a craze that continues to inspire contemporary fashion designers. It didn’t take long for pop art furniture to come along, either. It relied on a similar set of unusual designs, bright colours, plastic and rigid geometric shapes.

Even today’s website designs, which came so much later than the pop art revolution, have given a nod back to this iconic time and design to create something standout for customers. For example, check out the online bingo site, which emulates this fun, vibrant art movement.

This isn’t just because it’s an entertaining, engaging design, but because it helps relax a viewer and also provides an air of familiarity that instantly puts them at ease. This is the same with comics, too. Rather than deviating from the traditional design and creating something outlandish, they offer readers a nostalgic touch that keeps them coming back for more.

Looking ahead: pop art in the 21st century 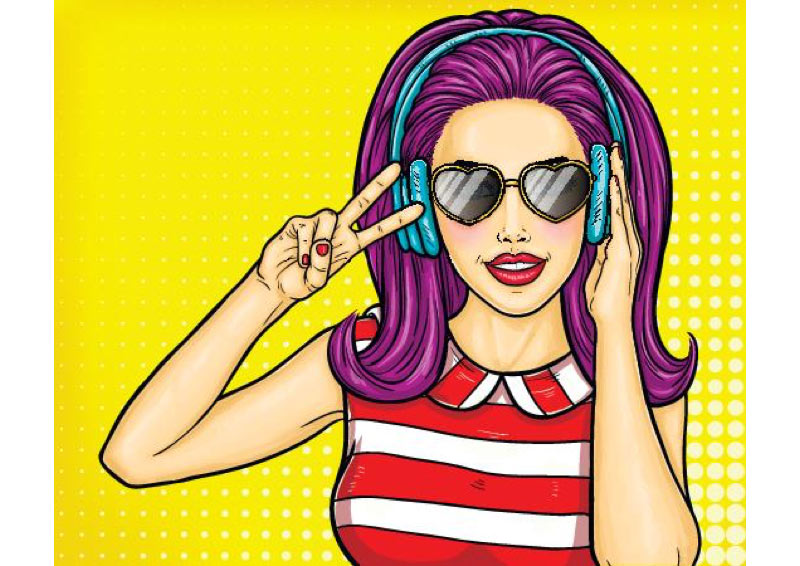 A pop art image of a purple-haired girl / Source: Shutterstock

The popularity of pop art dipped slightly in the 1970s, before coming back into fruition during the 80s. This is why it’s often known as ‘neo-pop art’, but many suggest that it should simply be deemed a natural evolution of the art form. Pop art never stopped existing and the ideas at the heart of it never changed.

Despite the heart of pop art being based on the 1950s and commercial printing techniques, it continues to thrive to this day. Its clear depiction of objects and symbols, strong colours and sharp lines can be found in a vast array of graphic and industrial designs.

However, despite it boasting a nostalgic twist for the viewer, it isn’t solely about this sentimental element. Rather, it’s about standing out. Pop art literally ‘pops’ out at you and with the growth of social media networks and a million and one digital distractions, standing out is all important.