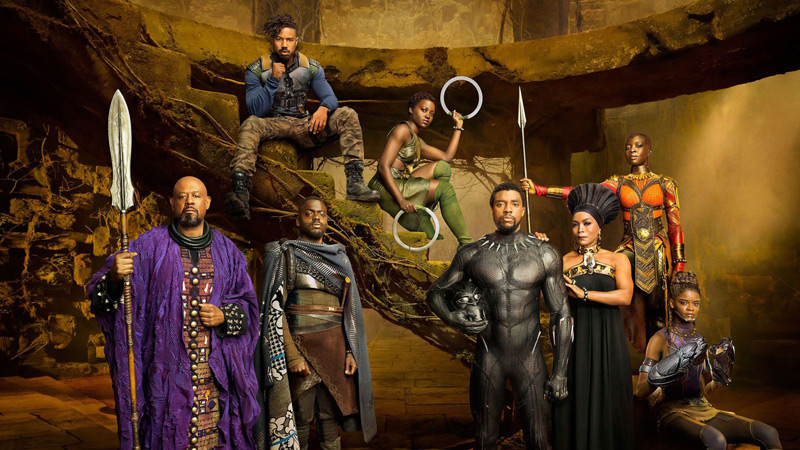 What do you say about Black Panther?

Where do you begin?

This movie, a piece of the Disney-owned Marvel Studios blockbuster machine, another cog in the wheel churning ever forward to the next one of these, may be a masterpiece.

Black Panther is so much. It says so much.

With Fruitvale Station and Creed, Ryan Coogler already has shown us his obsessions. He’s a director interested in place, in parentage and nurturing, in how circumstances forge people, and what becomes of those who dare defy them. He brings the same sensibility to Black Panther, presenting his characters generally, and T’Challa and Killmonger specifically, as people navigating the lives scripted for them.

Furthermore, it would have been so easy for Marvel to have kept this movie as its own royal drama/superhero tale and let Wakanda be as much a fantasy as Asgard. But if that’s what they wanted, they weren’t going to get that from Coogler. He imbues his films with the politics of black life, and imbues black life with operatic dignity and pathos. 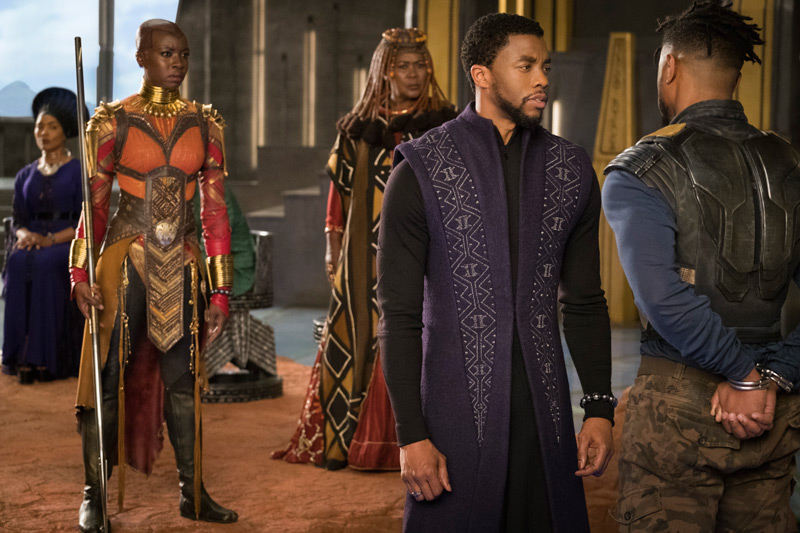 It’s far more interesting to tackle the deep sociological questions of Wakanda and the world. What would it would mean for Wakanda, a centuries-ahead advanced nation in the heart of Africa, to exist while the outside world kept on ticking with centuries of horrors done to black people?

What does it mean that Wakanda, this shining city of gold and golden black people, has abandoned all other black folk to colonization and slavery? And, for Erik Killmonger, what does it mean to actually know this secret? How does he handle the tension between his American blackness and Wakandan identity? 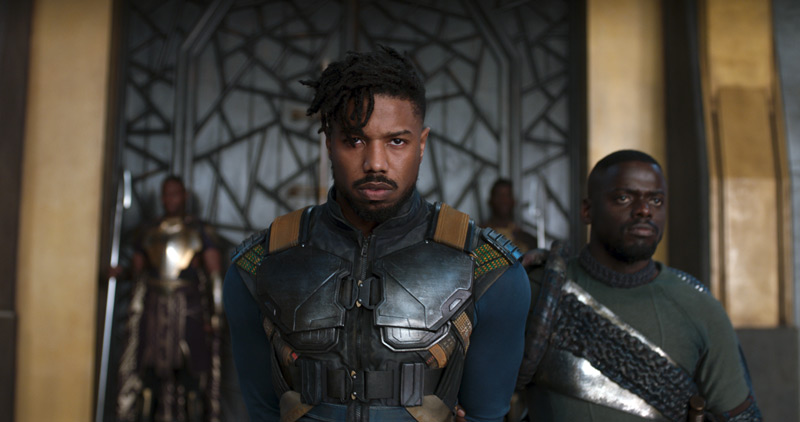 As Killmonger, Michael B. Jordan, great actor that he is, flaunts black American vernacular when addressing Wakandans. It scans as an allusion to tensions among different black folks in the diaspora. And similar to how in different African countries, Westernized black people are called by the same name used for white foreigners, traditional Wakandans treat outsiders.

Black Panther, as the first black-headlining superhero movie of this mega-blockbuster era, has so much upon its shoulders to be more, to say more. We saw this with Wonder Woman last year, too, with all the expectations to represent vastly underserved women in this space.

However, Wonder Woman often hinted and then steered from the challenging politics of what Themyscira means via feminism, gender, or queerness, which made it less weird and interesting for me, though still entertaining. But Black Panther wades directly into its race politics by building its villain out of the hard questions. And it does that while giving us Shakespearean royal drama, Lion King feels, a black James Bond movie, and some of the sneakiest, catch-you-by-surprise humor.

Plus it’s just a movie with so much in it. I want more of it.

They throw terminology and clothes and customs around like nothing, like Wakanda has always existed and will always exist. This place is real, without much explanation. It feels fully lived in, like how Star Wars did. You know everything here has a name, and everyone has a story. 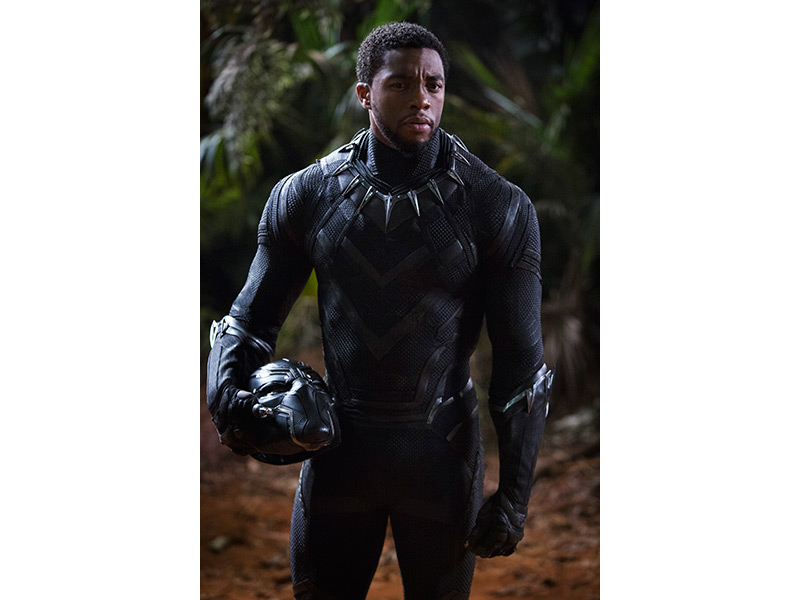 I want to know what average Wakandans are like. There’s no way T’Challa alone has an enhanced body because of the vibranium. If Wakandans have been living with vibranium for millennia, using it in their tools, wearing it, eating plants and animals in that soil, then vibranium is within them. How much is the question.

I wanted a whole section of the film that was just hairdressers and barbers. I want to know the skincare regimens, because shea butter with vibranium in it?!? Boyyyyyy …!

Who are these Wakandan spies all over the world? Can they get their own movie?

But, f’real-f’real? Do they really have hover-bikes? And can I hold one?