During the Super Bowl, the new Westworld Season Two trailer dropped, and dear lord, it was glorious.

At first, there is a calming voice over and a picturesque setting featuring running cattle, rolling hills and green pastures over a piano overture seems like a Montana travelogue. However, as the ad continues, the words and images become more sinister.

Soon, the cattle run out of frame as the hazy sunset becomes a lab while the steer themselves appear unfinished, their bodies displaying their metal framework as they gauge men with guns who aim to stop them. Then, over a screeching note, Dolores Abernathy’s (Evan Rachel Wood) narration finds its focus:

Then we are given a peek of what is to come in the second season of the HBO sci-fier:

Maeve Millay (Thandie Newton) appears to be controlling a small stampede of robot cattle through the Mesa Hub, unfinished hosts attacking Bernard and joining the uprising, Teddy looking lost and confused while Dolores gallops on horseback picking off “the newcomers” with a rifle.

Thus, the evolution of the hosts will continue into the second season.

But before we dive into the next installment of the world’s second more dangerous theme park (after New Jersey’s own Action Park, of course), here are a few answers to a few possible lingering questions that the causal viewer might have.

How many more parks are there?

A Redditor by the name of Askin1 discovered binary code in the trailer at the 33 second mark during the running of the bulls. The sequence of 52.89.126.34 flashes on the screen for mere seconds, and when entered, resolves to a new site: Delos Destinations.

According to the site, there are six Worlds. However, the site appears to be experiencing a few “technical difficulties” right now, so only one park is clearly visible. But we know from the show that there are two finished worlds: Westworld and Samurai World.

You can also see a bit of Samurai World if you visit the “About” section of the site and scroll through the background images.

What year does the show’s “present time” take place?

Another mystery solved by the Scooby Gang over at Reddit. In the Westworld foru, a superfan discovered on the Delos admin site hidden security footage that was marked with the date “6/15/2052.” This places the events of Westworld’s “present time” events 34 years in the future, lining up perfectly with the story’s narrative. (The footage has since been taken down…or hidden.)

It was about 35 years from when Dolores killed Arnold (Jeffrey Wright) and practically everyone in the small town of Escalante. Five years from that, Dolores and William went on their little trek.

For those keeping score at home: The events with Dolores and Arnold are around 2018.

Where on Earth does the show take place?

So, you have the crazy, insane geniuses at Film Theorists to thank for this deep dig.

They did the math, the work and came up with a theory where Westworld could possibly be located: Under the sea.

In the video, it makes a point that given the amount of land needed, the fact that Delos can control the weather on a daily basis, and that Jonathan Nolan is heavily influenced by the videogame Bioshock, it makes sense that Westworld would be located under the ocean.

Want more proof? If you go to DiscoverWestworld.com and read their Entering the Park/Leaving the Park page, it states:

“Even humans need to recalibrate — Westworld is an experience like no other and we have designed the world’s finest decompression chamber: the Mesa Gold.”

If you have ever seen The Abyss, or any other movie set on a submarine, you understand what a decompression chamber is and its use: a hyperbaric treatment chamber used by divers to combat decompression sickness and ease the transition between normal and high atmospheric pressure.

Another weird fact: you can only stay in Westworld for 28 days.

Why? It isn’t clear, but In recent studies of long-term effects of living under the sea, after about a month, there might be permanent damage to a person’s circulation.

How much does it cost to visit Westworld?

The Silver Package is about $75,000/day and include entrance into the more complex narratives that surround towns like Pariah.

The Gold Package is $200,000/day and takes you directly to the fringes of the park. It is more dangerous and requires more hosts…and more levels of gameplay. Includes extreme violence.

According the Delos Incorporated, Delos was founded by James Delos (Peter Mullen), who appears in an alternate version of the trailer looking a little beat up. 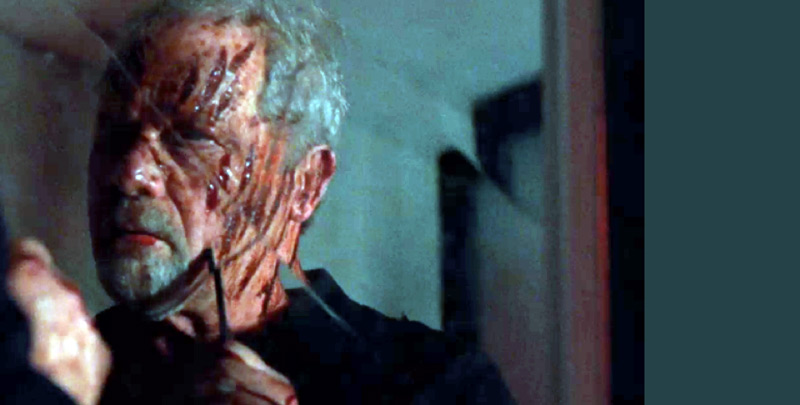 Since Delos has been around for a fairly long time, it is fair to assume that this image is either a flashback or a James Delos host.

As for the company, we knew at Delos Destinations was only part of a larger conglomerate, and as far as the corporation was concerned, they couldn’t care less about the park itself. It’s main focus was the core code. So with the park going rogue, Delos and its board will be forced to deal with park and all its shenanigans head on.