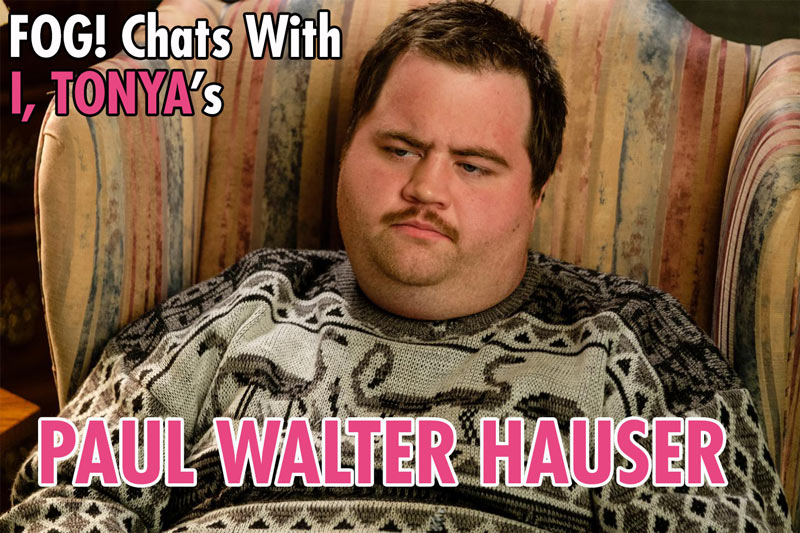 In director Craig Gillespie’s I, Tonya, screenwriter Steven Rogers successfully manages to not only juggle the conflicting points of view of 1994’s attack on figure skater Nancy Kerrigan, but also makes the “real life bad guy” Tonya Harding into a sympathetic character.

Eckhart was the “mastermind” behind the Kerrigan attack and in an interview with Diane Sawyer, made the ridiculous claim that he was an expert in counterterrorism and counterespionage.

Paul took some time to discuss the film, his role and his upcoming projects.

FOG!: Paul, thanks for taking the time. Your performance was fantastic. How did you get involved with the film?

Paul Walter Hauser:  I had been in Vancouver, finishing a pilot for Lifetime, and was having a lot of fun; sort of just looking forward to the holidays. The audition came as a surprise to me. I assumed they’d cast a bigger name actor for that role, but was pleasantly surprised when Craig Gillespie had me in for a couple director’s sessions, and within 10-12 days, it started to look like it might fall my way. It did, and it obviously has changed my life quite a bit.

What in the script resonated with you?

I was attracted to the odd, funny and idiosyncratic pieces of the ensemble of characters. That “it’s so funny but it’s true” type of stuff. I was also very attuned to how it treated the characters – not as pin cushions, like the media is known to do, but as real 3 dimensional people. And our jobs as actors is to ground that material while honoring its broader, dark or comedic moments. I liked the humor and the pull-no-punches (quite literally) mentality of approaching it’s more difficult moments. 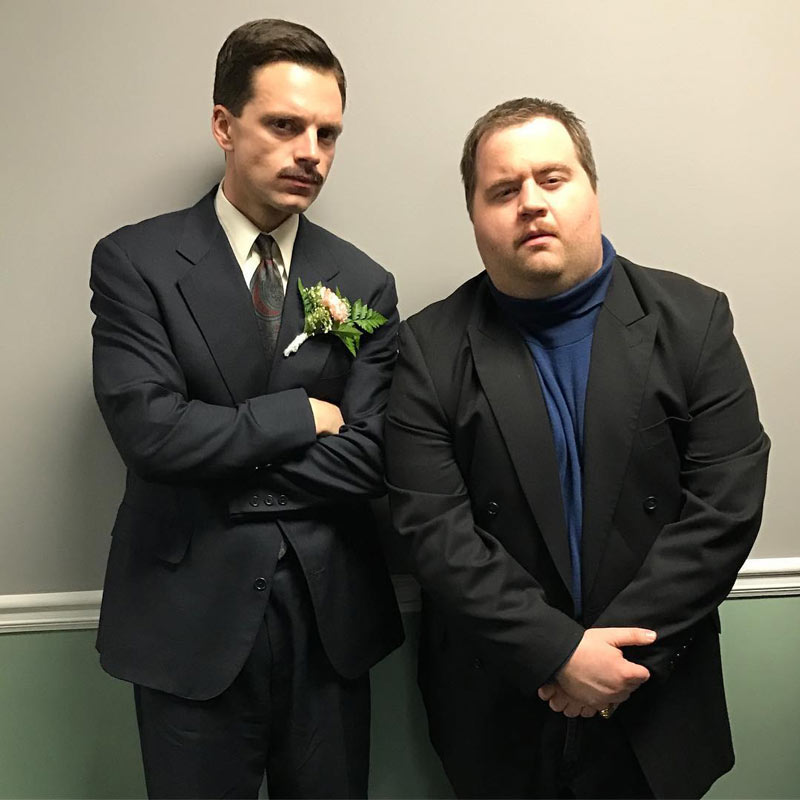 Tonya’s story marked the beginning of the 24 hour news cycle. Was there anything that surprised you about her story that you learned while making the film?

I didn’t know how bad she had it, growing up, and I never knew she was surrounded by such stupid, acidic people. There’s a phrase that says something like “You become the sum of the 5 people you most surround yourself with”, and if that was true for Tonya Harding, that’s seemingly a deficit for a sum.

You play Shawn Eckhardt, who passed away a decade ago. Based on the clip in the end credits, your performance is spot on. Did you meet any of his friends or family? What kind of research did you do?

I spoke with someone who went to school with Shawn, and ultimately turned Shawn into the FBI. A guy by the name of Eugene Saunders. He filled in some gaps for me, and gave some personal context with Shawn’s behavior and interests. But more than anything, I studied the Diane Sawyer interview and tried to keep my mind on what the script had called for.

There’s definitely a part of Shawn that’s a little tapped. Do you think he believed his self-described claims that he was an espionage expert who had ties to a global network?

Did he believe his claims? Absolutely not. I don’t think he was so far-gone that he bought his delusion, but he absolutely sold it. He sold it at the cost of looking like a dangerous, defective child. I think Shawn, like many political extremists in our current social climate, Shawn was more than happy to go down with the ship.

Since the film takes a Rashomon-like approach, telling the story from multiple points of view, what is your take on both the incident and Tonya’s knowledge of it?

I think Tonya knew that Nancy was going to be bullied in some form, but I don’t believe Tonya knew it would be a physical tactic of any kind. As a victim of abuse herself, it would take a warped individual to give a stamp of approval for another innocent person’s abuse. I wish Tonya’s sentencing had not been so dramatic and heavy-handed. 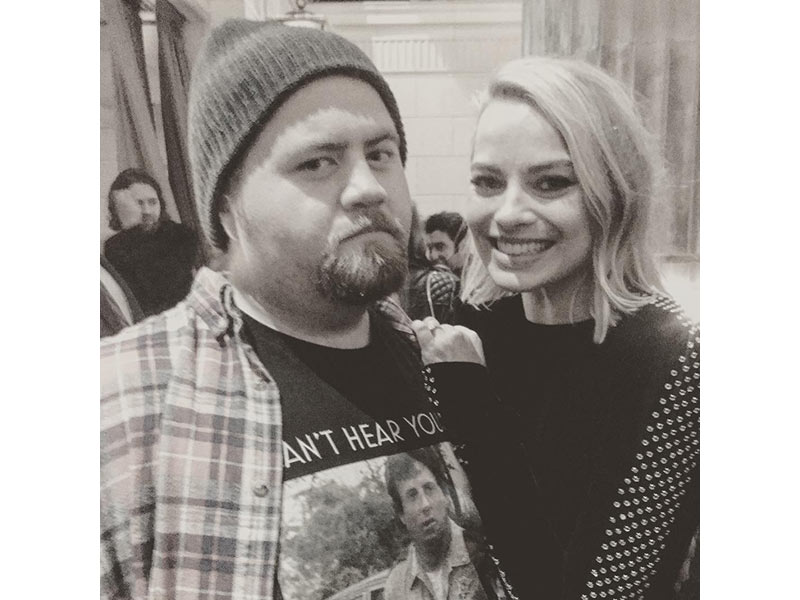 I have a bit role in Super Troopers 2, due out in late April. I also have a bit role in the new season of Unbreakable Kimmy Schmidt for Netflix. And I’m most excited about my supporting role in Spike Lee’s latest film, Black Klansman. It’s a dark and twisted drama, and similar to I Tonya, it has some larger-than-life reality that will make you cringe and shake your head. 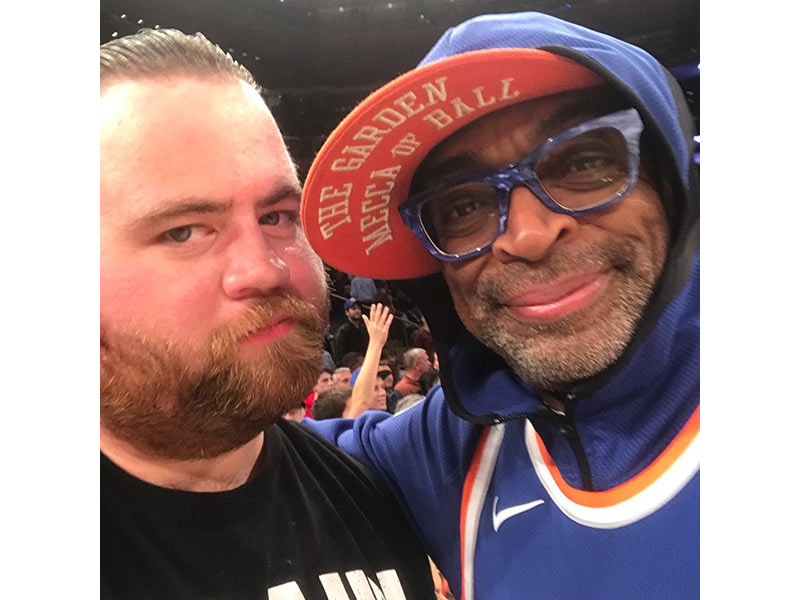 Oh man…I love anything Kendrick Lamar, Run the Jewels or Chance the Rapper are putting out.

I’m getting back into Batman comics — the classics — as I want to play The Penguin in a forthcoming DC film; here’s hoping that’s actually a thing.

I’m always reading the Bible, and returning to favorite authors like Raymond Carver and Kurt Vonnegut. FX is great.

I love Fargo and I love how fun and original Atlanta is. Ozark and GLOW are my Netflix favorites.

For film, I STILL cannot get over how terrific that movie Good Time is, with Robert Pattinson – I’m obsessed. 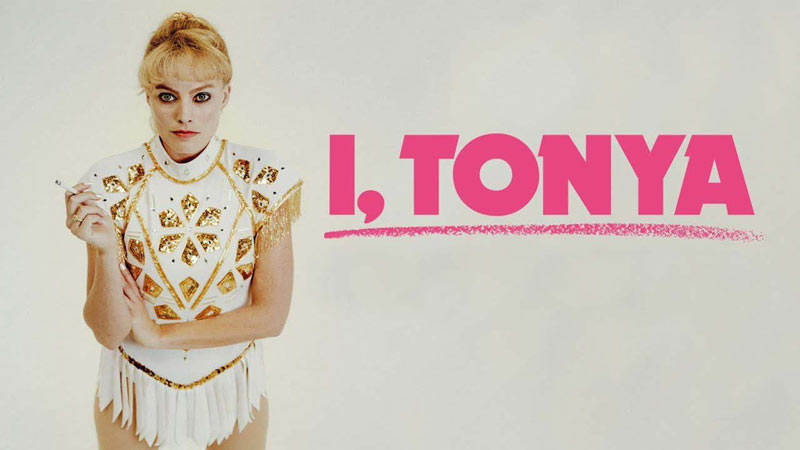 I, Tonya is now available on Digital HD and arrives on
Blu-ray, DVD and On Demand on March 13th.