It’s the middle of March!

Despite the snow, Spring is around the corner!

Here are this week’s books. 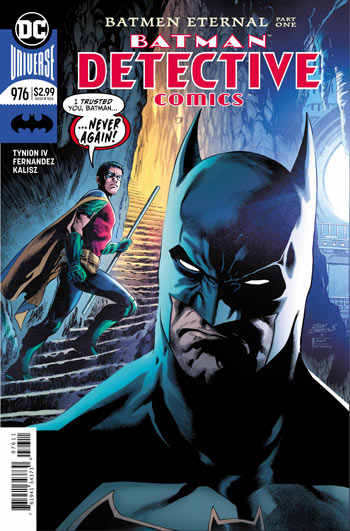 This is the start of a new storyline entitled “Batman: Eternal!” James Tynion IV writes a story that is better than he’s been doing on this title. It’s still not as fun as I hoped it would be.

Batman has to confront Red Robin in this issue. Their relationship may be coming to an end.

That means the partnership may be over!

Batman’s friends are disappearing from his life one by one because of his actions.

Tynion has a great take on Red Robin. He would be great writing a book about him. The art is fairly decent.

Still, after reading it, you are left hoping for more than this. 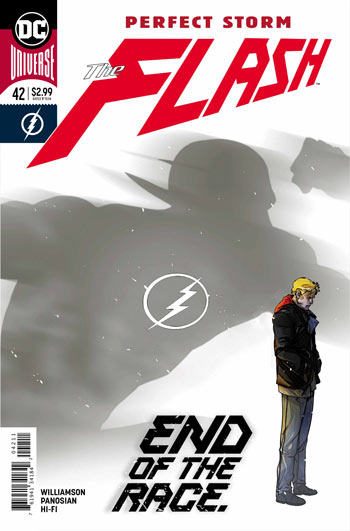 Joshua Williamson’s run on this book is up there with Mark Waid and Geoff Johns.

He really had a direction in mind going on when he took on the writing of this title and it shows. This is another fine issue in his run yet again.

The fight for Central City continues!

The Flash forms a partnership with an unlikely person! The partnership starts getting tense immediately!

The writing is sharp! The art is magnificent as well.

This is one of DC’s top books.

Pick it up now. It’s getting really damn good! 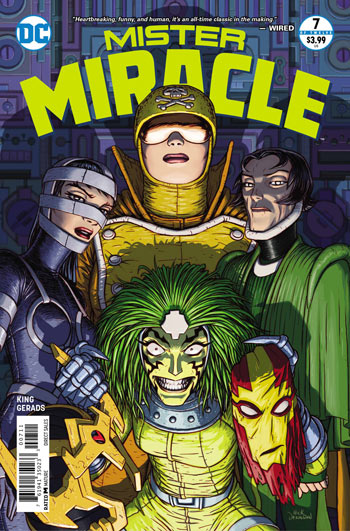 Hooray! Mister Miracle is back!

After a month away from the stands, this comic is here again.

Tom King writes his heart out here and it shows up on the page. If you haven’t read this, you’re doing yourself a disservice.

The war on Apokolips isn’t going so well!

Mister Miracle and Big Barda are having a hard time. Barda’s past is catching up to her quick too!

Now the two of them have to deal with the Furies! Can they escape their dastardly clutches?

The art by Gerards is tops. His panels each are well composed and also have something more if you look close.

This is a great book. Pick it up immediately. It’s damn awesome. 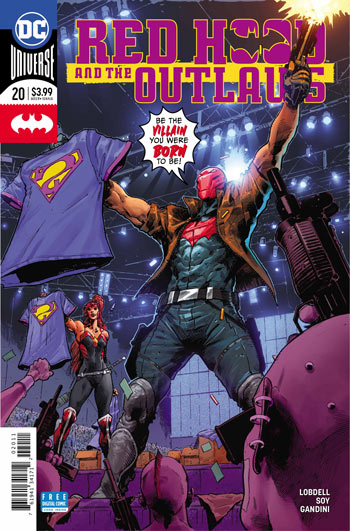 I love this book.

Scott Lobdell is doing such a top notch writing job on this.

This may be a very overlooked book. You should give it a shot if you haven’t yet. It’s well worth your time.

The title of this book is “Henched.” It’s all about finding the right henchman.

We meet a few in this issue and the people who want to hire them.

Then Red Hood and the Outlaws show up and decide to dismantle all of the fun!

The art by Soy is awesome. He’s one of the industry’s best kept secrets. He and Lobdell are really a great team. Pick this up.

It’s quite a good book. 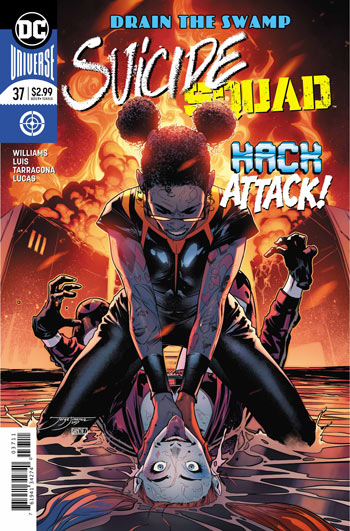 I read this every month hoping for more character development and every month I’m saddened.

This could be so good, but sadly it’s not.

Hack is going crazy as she has found her killer. Now she is out for revenge!

The Suicide Squad is fighting against her! While this is going on, Waller tries to keep her secrets.

The good thing about this issue is the art. It’s very solid. 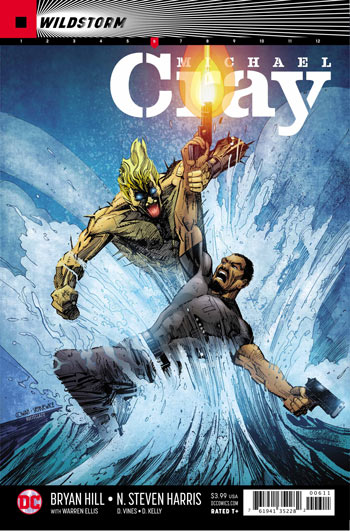 This book turned out to be a nice surprise.

Bryan Hill has taken the character Warren Ellis revamped and runs with it. The characters are great and the art is mighty good. I like where this ended up.

Cray’s actions are starting to make his team doubt his sanity. His tumor is acting in ways he can’t explain. And then, after all of this, we get an underwater brawl.

The story is great and the art is wonderful. Harris really takes the story and makes it even more awesome.

Pick this up. It’s quite excellent. 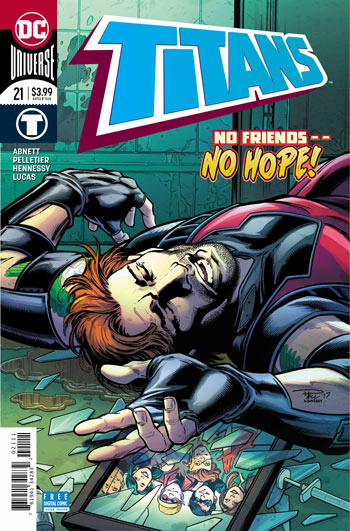 His interpretations of the Titans are flawless and I just love it. This has been working very well.

If you like the Titans make sure to pick this up.

He’s been left for dead and has been betrayed. The former Titans don’t trust him anymore.

Now, it’s up to Roy to clear his name and take revenge!

The art is tepid. Paul Pelletier doesn’t really do much for me. The story shines through. Pick it up for that. 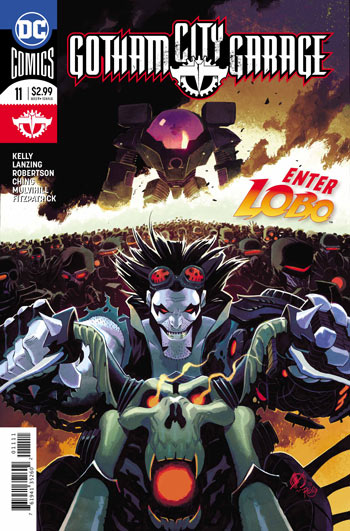 This issue focuses on Mercy Graves who is Lex Luthor’s assistant. She is going around as Catwoman. She has one chance to take him down.

Or is she at the end of her ninth life?

The art is getting better and better here. The writing is attracting some big name artists. Pick this up. You need to read this spin on the DC Universe. 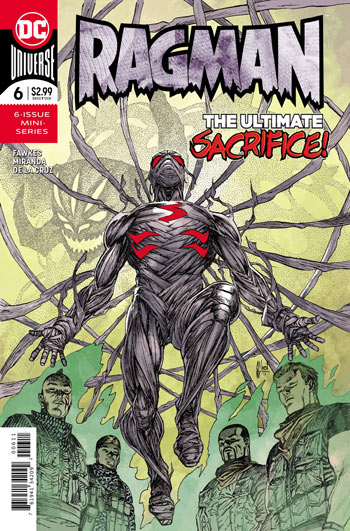 Ray Fawkes has written the best take on Ragman we have seen this far. He has made the character relatable and accessible.

He has also written a compelling story that is quite intriguing.

Ragman is off to his final confrontation with Z’Dargill. He has already made a huge sacrifice. Then, he falls into a trap.

With his friend’s help, he uses their spirits to go into the battlefield once last time.

The art by Miranda is wonderful. Mark my words: Inaki Miranda will be a huge star. Pick this up. It was a much better series than I ever expected from this character. 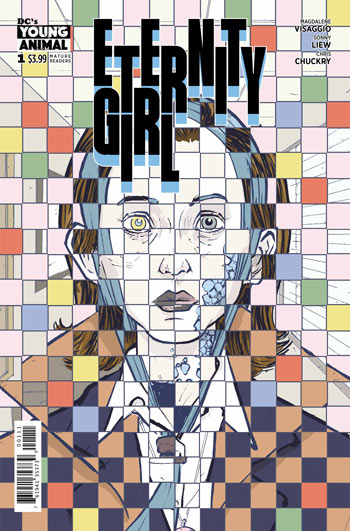 I had not heard about this wonderful title before reading it.

This story spins out of the recent Milk Wars storyline. Magdalene Visaggio proves to be an excellent comic book writer yet again and this might be her top work.

Caroline Sharp used to be a super spy and a superhero.

Now she is neither.

She has to settle on an ordinary life. Her superpowers have gone funky and she is depressed and unable to change. She is going to live forever and this is all she has left.

Then, her old friend Madame Atom shows up. She has an offer. She can kill Caroline.

All she has to do is end the world. And off we go!

The story is strong as can be. The characterizations are excellent. The art by Liew is also the best of his career. This is a top notch debut. Pick it up for sure. 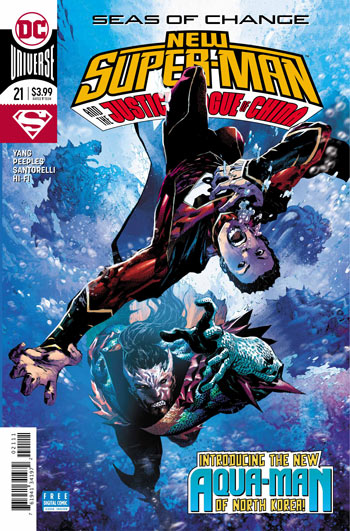 This comic book has been excellent in giving us a new version of Super-Man. Yang is an excellent writer who knows how to make new and excellent storylines. I have been enjoying it.

This is second part of the “Sea of Change” storyline.

In it, the Justice League of China is on their own. They are trying to solve as many problems as they can.

Suddenly, a fleet of North Korean warships show up. They want the Aquaman of North Korea. Now it’s up to the Justice League to help him.

The story is strong. The art is a little weaker than usual. But that’s okay. It’s still a very good comic book you should be reading!