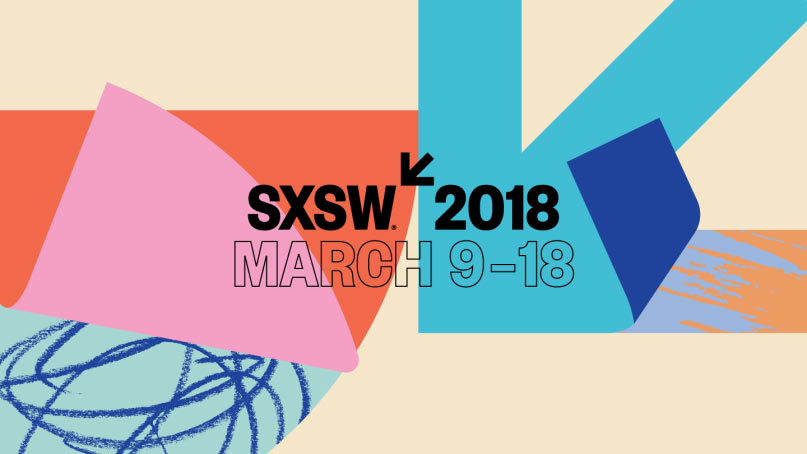 The 2018 South-by-Southwest Film Festival featured 130+ movies over the course of nine days, making it literally impossible for anyone to see more than a fraction of the premieres and festival favorites available for review.

For strategic reasons, then, I skipped the high-profile, jam-packed A-list screenings of Wes Anderson’s Isle of Dogs, Steven Spielberg’s Ready Player One, and John Krasinski’s A Quiet Place (which I’ll be able to see at theaters near me starting 3/23, 3/29, and 4/6, respectively).

Plus, as it turned out, I didn’t wind up seeing this year’s narrative feature grand jury winner (Thunder Road, directed by Jim Cummings) or the SXSW documentary feature winner, People’s Republic of Desire, directed by Hao Wu).

But in addition to the titles above, here are five more films to watch out for, representing the tippity-top of SXSW’s 2018 cinematic iceberg: 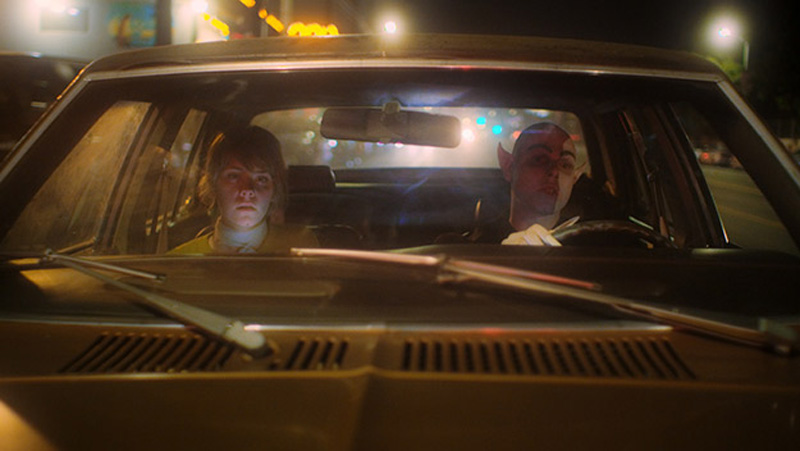 The premise is (relatively) simple: a young L.A. couple experiments with “opening” their quasi-monogamous relationship in hopes that new sexual partners will either spice up their stagnant love life or push them to finally break up for good.

The plan is that each will have 24 hours alone in the house they share over the course of a tumultuous Halloween weekend to sow what oats they can, leading to a chronologically bifurcated narrative with two very different protagonists.

First up is director and co-writer Eugene Kotlyarenko, whose compellingly off-kilter charisma electrifies the whole movie with natural comic star power. Dismissed by one character as a mere “goofball man,” the would-be lothario also exhibits a love-starved vulnerability (especially in a painful texting scene on par with Jon Favreau’s answering machine disaster in 1996’s Swingers) which helps to explain why living or breaking up with him are both equally difficult options for his girlfriend (Wobble‘s co-writer, Dasha Nekrasova, who seems destined to play Carey Mulligan’s funnier, flintier kid sister in some future family drama).

And though Kotlyarenko is a tough act to follow, Nekrasova slips effortlessly into the spotlight for the second half of the film, bringing appropriate feminine balance to this fresh, bitingly funny take on relationships and individual identity in our toxic alt-right, swipe-left modern era. 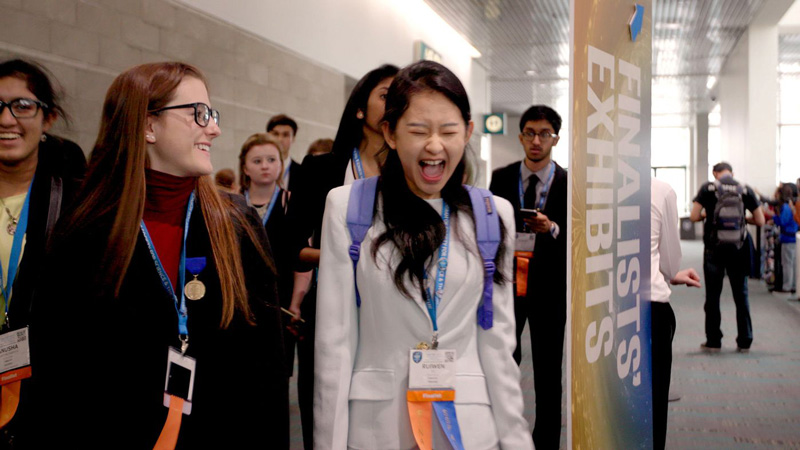 Competition documentaries are a tried-and-true formula: first, pick an interesting event requiring a specialized skill set (like a spelling bee, a karaoke competition — or, in this case, the Intel International Science and Engineering Fair), then profile a diverse group of participants, add some ticking clock deadline pressure, and let the drama of their various fates unfold.

Yet, while the format of this feature debut by directors Cristina Costantini and Darren Foster is familiar, the end result is a flat-out charm bomb and a well-timed, feel-good love letter to science, humanity, and the power of youthful ideals. Over the course of the film’s fast-pace running time, we meet a talented bunch of teens from a variety of backgrounds (including a shy Muslim girl from a football-obsessed South Dakota town, a pair of Brazilian students battling Zika virus in their poverty-stricken community, and a misfit hacker teaching his computer to rap like Kanye West), along with a tough, dedicated teacher who’s single-handedly transformed her Long Island high school into a science fair powerhouse.

As they all move closer to the final round of judging (while battling mono, disciplinary reviews, and the fact that “the better you are at science fair, the worse you are at dancing”), viewers may find themselves rooting for different kids to snag the top prize. But as one of the judges notes, regardless of outcome, it’s easy to see each of the smart, hard-working individuals in this inspirational doc as winners.

3. BEING FRANK: THE CHRIS SIEVEY STORY 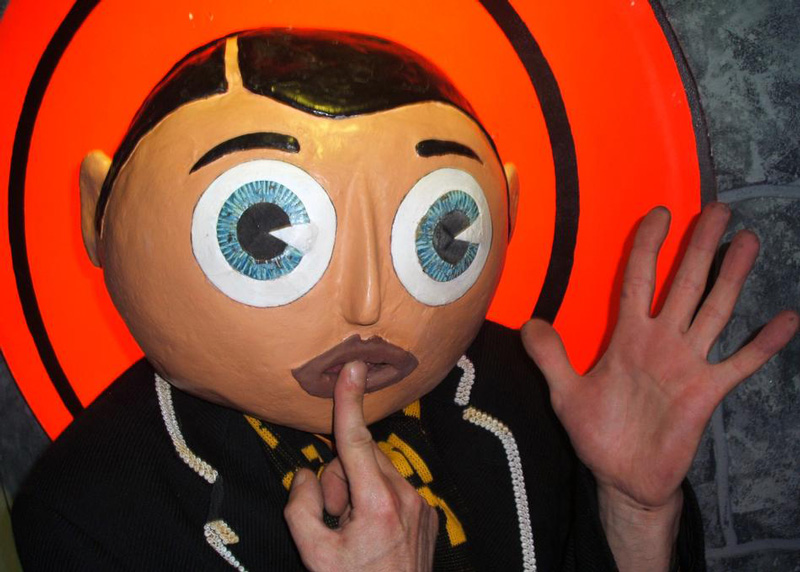 Speaking of hard work, British rocker Chris Sievey was so manically determined to make a go of his music career that he once tricked industry VIPs into attending a fake promotional event for his band, the Freshies, via a stolen sheet of Stiff Records letterhead, plus he basically invented the concept of computer promos for one of his singles way back in 1981.

But despite all that ambition, hard work, and genuine talent, Sievey never achieved anything close to real fame until he created his own obsessive number one fan in the form of a bulbous-headed alter ego named Frank Sidebottom.

The gimmick worked and the character took off as a local celebrity, simultaneously eclipsing and unleashing his creator in the process. Speculation about the man behind the mask eventually culminated in director Lenny Abrahamson’s surrealist 2014 fantasia, Frank (cowritten by Sidebottom’s one-time sideman Jon Ronson) — while Steve Sullivan’s 2018 rock-doc about the real Sievey plays more like a raucous Behind the Music rise-and-fall legend, jamming 100 minutes of tragedy, redemption, and glorious eccentricity into a big, weird papier-mâché ball of memorable entertainment. 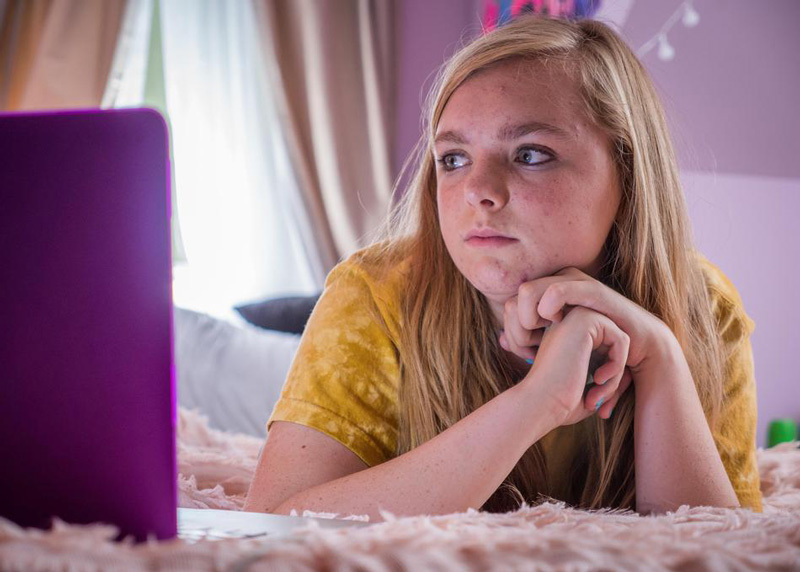 The story’s as familiar as it is universal: an awkward adolescent yearns for an unattainable hottie who barely knows they’re alive, withstanding the casual cruelty of the popular crowd while ignoring the obvious infatuation of a fellow misfit and recoiling from the advice and concern of a well-meaning but desperately uncool parent.

For Generation X, that teen protagonist was unquestionably Molly Ringwald (in Sixteen Candles and Pretty in Pink), for Millennials it was (arguably) Lindsay Lohan in Mean Girls, and Elsie Fisher seems like a worthy Gen-Z inheritor of the Clearasil crown as Kayla in this new coming-of-age dramedy from comedian-slash-writer/director Bo Burnham.

Though not without flaws (like a particularly ill-timed and unfunny set piece about school shooting drills), Burnham’s feature debut effectively captures the myriad ways in which social media amplifies the pre-existing pain and confusion of puberty, while Fisher’s performance as an achingly vulnerable, often unlikable teen strikes closer to the unvarnished realities of adolescence than any cinematic character since Heather Matarazzo’s Dawn Wiener in Welcome to the Dollhouse). Yet while Todd Solondz’s 1995 black comedy was relentlessly, hilariously bleak, Eighth Grade offers at least glimmers of hope thanks to the dorky-sweet unconditional love of Kayla’s father (Josh Hamilton) and its stubborn glass-half-full hope that imperfect people of all ages can somehow evolve into better future selves.

Where to watch it: currently scheduled for 7/13/18 theatrical release 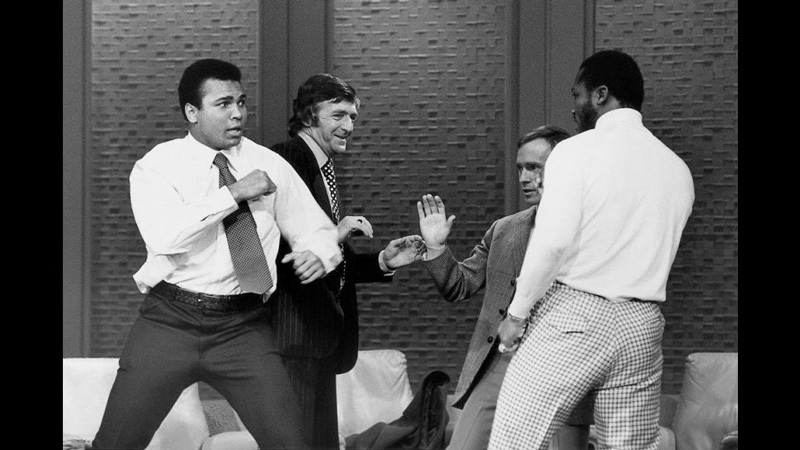 The ongoing controversies about head trauma in the NFL, Colin Kaepernick taking a knee during the National Anthem, and whether athletes/entertainers should weigh in on political topics add fresh life and relevance to the familiar story of Olympic gold medalist and three-time world heavyweight champion Muhammad Ali.

Born Cassius Clay, the sports icon drew national ire for changing his name as a convert to (and advocate for) the Nation of Islam while decrying racism in one of the loudest voices of the Civil Rights era. Later, his refusal to serve in the Vietnam War cost him the prime of his career thanks to a three-year suspension of his boxing license (along with the ever-looming threat of jail time) before his eventual comeback in 1970.

And all during those years of controversy, the “Black Superman” shared his side of the story via more than a dozen appearances opposite the whitest of talk show hosts, Dick Cavett, who verbally sparred with the champ yet also provided one of the few national outlets for non-white and counterculture voices in the establishment-dominated ’60s and ’70s media landscape.

Packed with memorable moments drawn from their decades of personal and professional encounters (like tense on-air showdowns with Joe Frazier and Georgia Governor Lester Maddox), Robert Bader’s documentary works best as an examination of the unlikely friendship that developed between Ali and Cavett and as a testament to the way people from different worlds can find common ground through the simple art of honest conversation.