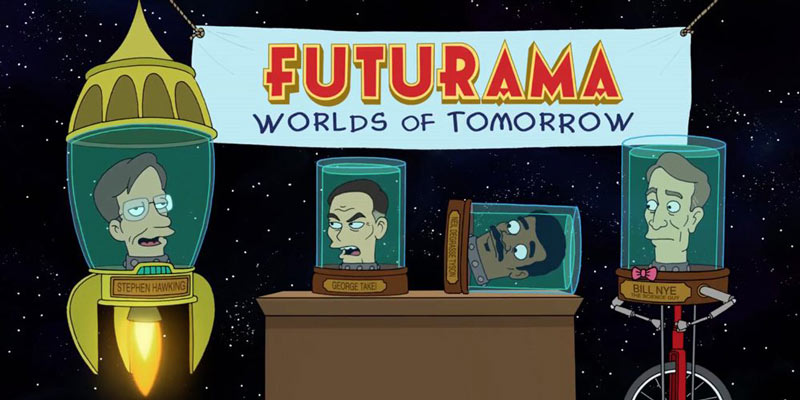 SYFY will air seven half-hours of “Futurama” tonight, Wednesday, March 14 from 11:30PM-3AM ET to honor and remember the late Dr. Stephen Hawking. Dr. Hawking voices himself in several of the seven half-hours airing on SYFY, including “Anthology of Interest I,” “Reincarnation,” and in the four-part “The Beast With a Billion Backs.” The seventh half-hour, “Crimes of the Hot,” features Dr. Hawking as an iconic animated head.

“Futurama” regularly airs on SYFY on Tuesdays and Fridays from 8PM-2AM ET and Saturdays from 11PM-2AM ET.