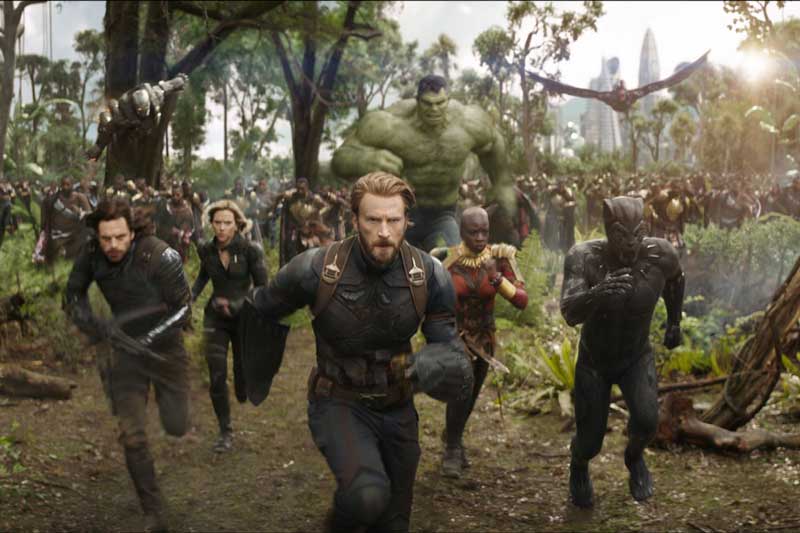 After ten years of anticipation, the overarching story of the Marvel Cinematic Universe reaches it’s last act with this week’s release of Avengers: Infinity War.

Although the films have a much broader audience than the comic book fanbase, we’ve assembled five must-haves to prepare you for this motion picture epic. 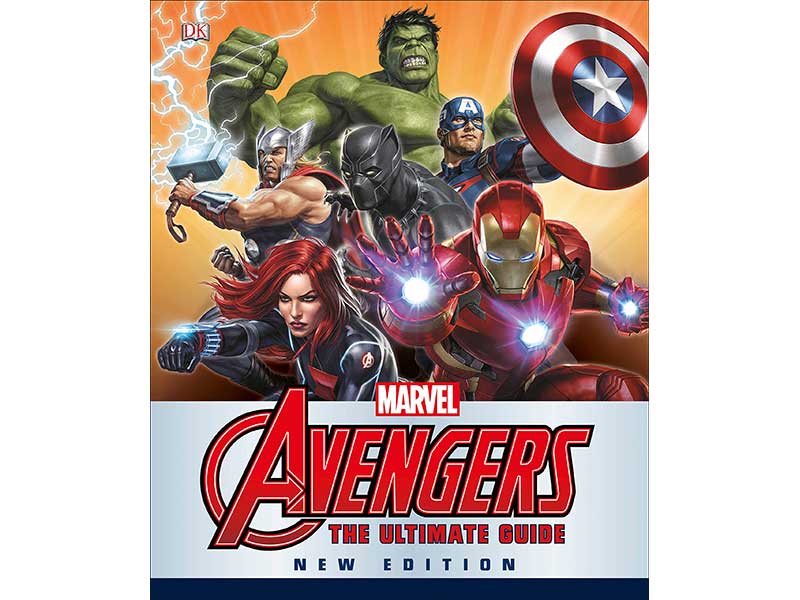 Granted, this volume gives the reader a pretty comprehensive look at the comic book history of Earth’s Mightiest Heroes, but it also might provide both clues to what’s to come cinematically, as well as a broad history of the characters they’ve grown to love.

Marvel The Avengers: The Ultimate Guide, Updated and Expanded covers everything about Marvel’s mightiest Super Hero team–their stories, their powers, their allegiances, and their enemies. Exciting comic-book art on dynamic page design gives a stylish and up-to-the-minute look, while information is presented through character profiles covering key issues, storylines, and topics.

2.  Marvel Studios 101: All Your Questions Answered 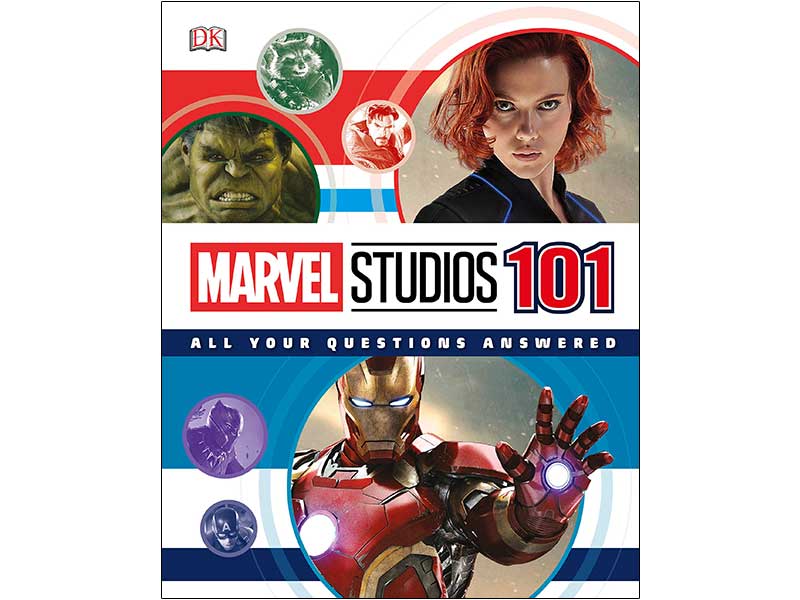 The perfect companion book to the Marvel Cinematic Universe!  Where should I begin with the Marvel movies? Who exactly are the Guardians of the Galaxy? What’s the best order to watch the films in? And are Iron Man and Captain America friends or enemies?

If you’ve ever mixed up the different Thor movies, or you get confused by which Avengers villain is which, fear not! Marvel Studios 101 is the book for you – whether you want to take your very first steps into this pop-culture colossus, you have friends who are die-hard Marvel fans and seem to speak in another language, or you just want to have all of the questions answered that you’ve been dying to ask.

Featuring a sneak peek of the highly anticipated Marvel Studios’ Avengers: Infinity War, this friendly companion untangles plots and characters, film by film. Even if you’ve never seen a Marvel movie, it’s hard to miss that the Marvel Cinematic Universe is a really big deal. 10 years’ worth of movies, all linked together into a vast, unique and compelling storyline. If you want to find out more but aren’t sure where to start, this entertaining, illustrated book breaks down everything in a straightforward and fun way!

3.  Marvel’s Black Panther: The Illustrated History of a King 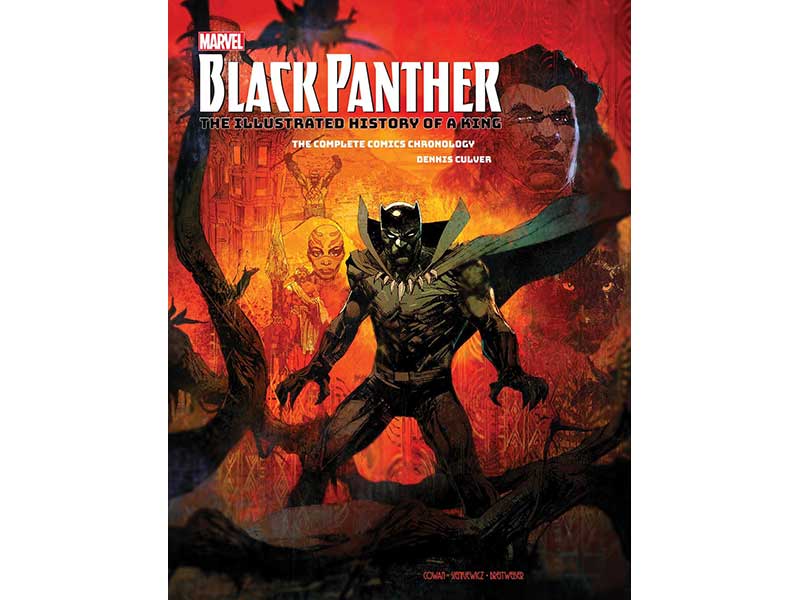 Marvel made cinematic history with the release of this year’s release of Black Panther.  Now, from Insight Editions comes the illustrated history of the comic book icon!

From his first appearance in Fantastic Four #52 (1966) to his current New York Times best-selling solo series, the King of Wakanda has been a force to be reckoned with on the page—and now, on the silver screen. A veteran Avenger and a member of the Illuminati, T’Challa’s evolution from being a Jack Kirby and Stan Lee creation, to inspiring his own character-led film for Marvel Studios, to serving as a literal voice of the people and the state of race relations in twenty-first-century America has been legendary. As the first black superhero in mainstream American comics, debuting years before other industry heavy hitters like the Falcon, Luke Cage, and John Stewart (Green Lantern), Black Panther is a seminal note in pop culture history.

This deluxe hardcover book not only covers the history and creation of the character but also features exclusive concept art, layout and sketch art, and interviews with key artists and writers from Black Panther’s robust archives. Cover art and exclusive art card by acclaimed artists Denys Cowan, Bill Sienkiewicz, and Elizabeth Breitweiser. 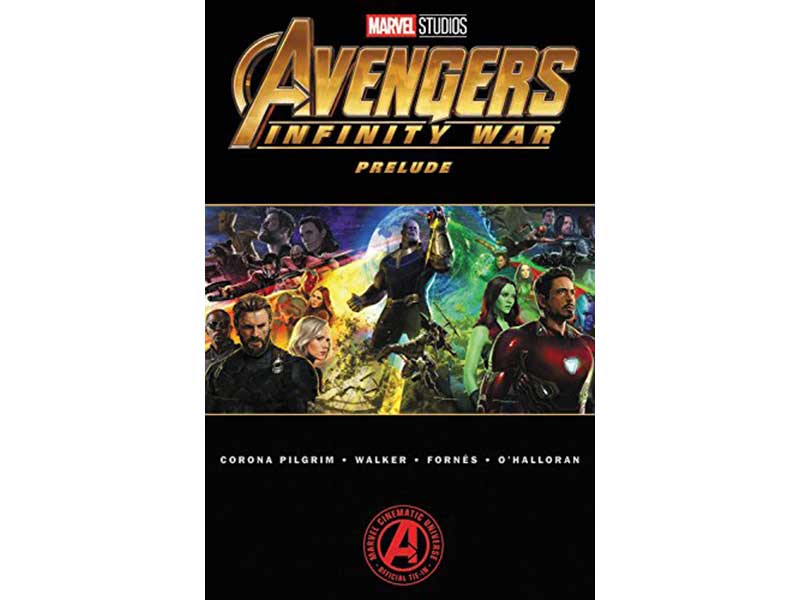 When a terrorist puts the Avengers at odds, Captain America and the Winter Soldier go rogue to find him – but Iron Man isn’t far behind. Will the Avengers survive the fallout? Then, find out where Captain America, Falcon and Black Widow are headed next – because the world needs heroes, whether it wants them or not. Get a sneak peek at Tony Stark’s brand-new armor!

Plus, as a Master of the Mystic Arts, Doctor Stephen Strange has witnessed many unusual things…but none so powerful and potentially Universe-threatening as the existence of the Infinity Stones!  Get ready for 2018’s biggest blockbuster with this special comic book prelude! 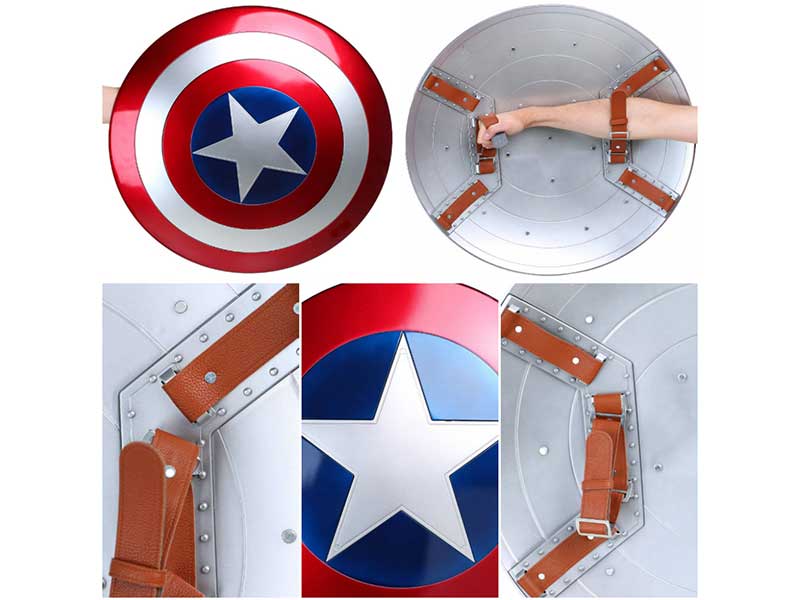 “Get this man a shield.”

There’s no doubt that Tony Stark is the brain of the Avengers, but it’s heart is clearly found in the character of Steve Rogers, aka Captain America.  And no single item represents the heart of the Marvel Cinematic Universe better than Captain America’s shield.

Aside from the reserve in Wakanda, vibranium is pretty hard to come by (and let’s be honest, pretty damned expensive), which makes this far more affordable replica a must have.  This heavy molded plastic shield comes in a Super-Soldier appropriate 24″ diameter and features faux leather adjustable straps on the back for custom fit.  Whether mounting it in your man-cave in your own Avengers HQ or bringing it with you to a screening of Infinity War, this shield is a must have!