It’s April! We have a great bunch of books here this week! 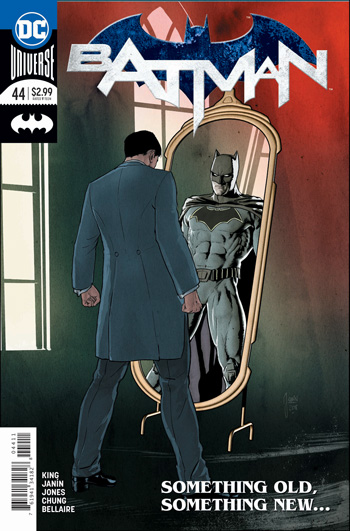 The wedding of the year is going to happen!

Batman and Catwoman are going to get married!

Tom King has been taking us to new places with this title. And man, has it been fun.

This issue focuses on the pair preparing for said wedding. Selina picks out her dress. Bruce starts making arrangements for their future together. It’s all very human and relatable. King makes it so enjoyable you find yourself getting caught up in it all.

The art is very good here as well. There is a bunch of adventure in this issue but it’s in a new context. Kudos to King and gang for keeping it so lively! 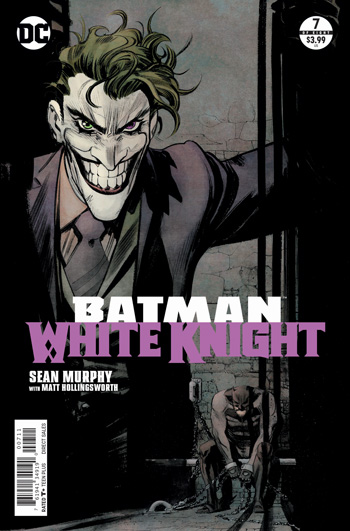 The penultimate issue of this series hits this week.

Man, has this been an adventure or what?

Sean Murphy both writes and illustrates a hell of a tale and it’s one issue away from being a classic.

This issue features Jack Napier going toe to toe with the Joker!

What the hell is going on? Can these two get along?

Meanwhile, Batman gets a peace offering from Batgirl.

It may be just in time, too. Gotham City needs to be saved.

The art is just fantastic. Murphy has made the move to being a solo creator and it’s a good one. This book is something else. A must read. 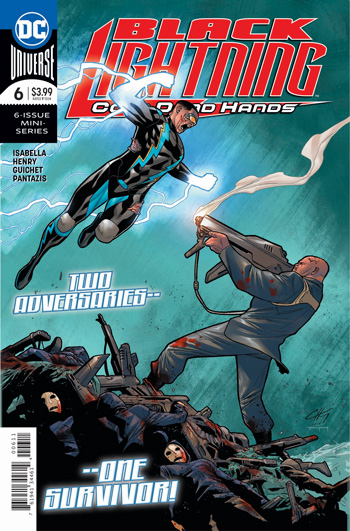 This has been a hell of a great mini series.

Having Tony Isabella back writing the character he created is just excellent. It’s been compelling throughout and I just loved it.

This is it! The ultimate showdown with everybody happens here!

It’s a grand fight in this issue and you will love it! And there are twists and turns for sure.

The last page features a twist that I was actually genuinely surprised about.

Give this series a read. It’s damn good. 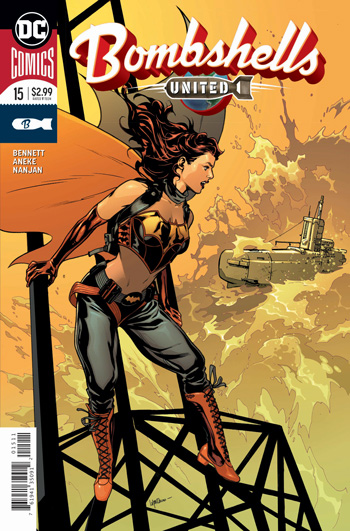 Marguerite Bennett is one of the most underrated writers in the business. She writes compelling stories with great characterizations. This is another great book she has written.

This issue shows the Bombshells divided!

They have split the team and every one is hurting.

The Batgirls track down a perpetrator in Gotham City. This leads them to a deadly place where a radio signal hurts all who hear it!

The art by Aneke is very good. All in all it’s a nice bit of work. Pick it up and add it to your reading list! 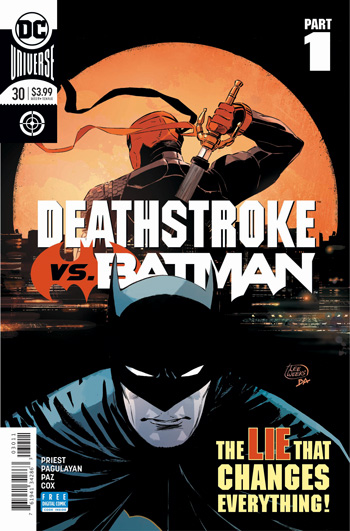 Man, this book keeps getting better and better.

This issue is just plain awesome. It’s part one of a story that has Batman versus Deathstroke.

Priest kicks the book into high gear and man, is it something.

Batman gets a mysterious package. In that package is evidence that he is not Damian Wayne’s father.

In fact, it reveals that Slade Wilson is Damian’s daddy! So this leads to a fight between Batman and Deathstroke which may be the craziest custody battle of all time!

The art is tops here. Pagulayan just has this book down. Pick this up. This series within a series may end up being an all time classic! 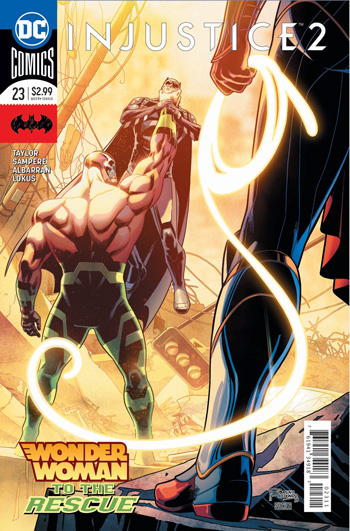 This book is just nuts. But I love it.

Tom Taylor writes one heck of a wacky tale that you never are quite sure where it’s going to go. His take on DC heroes is just amazing through and through.

Batman and his team have to fight that crazy guy Amazo!

And it’s one heck of a battle in this issue. The Atom figures out something nuts about Amazo!

All this, and there are some big happenings going on in Gorilla City.

The story is fast and fun! The art is great as well! I really enjoy this book. Make sure to pick it up! 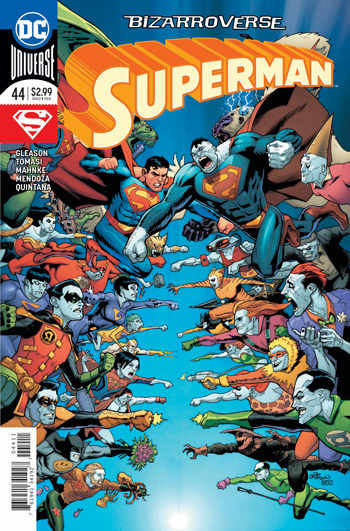 This is the end of the Tomasi/Gleason run and we are ending on a high note.

This story embodies everything that is great about them. Man, I wish it went on forever. I’ll take what I can get though.

Villains from the far reaches of space are coming to destroy everything!

The only thing that can stop this intergalactic threat is Superman and son!

Can they do it? Or is everything going to turn “Bizarro-like?” Find out here!

The story is really great. The art by Gleason is tops.

I don’t know what the team will be doing from here. I just know that I can’t wait for it. 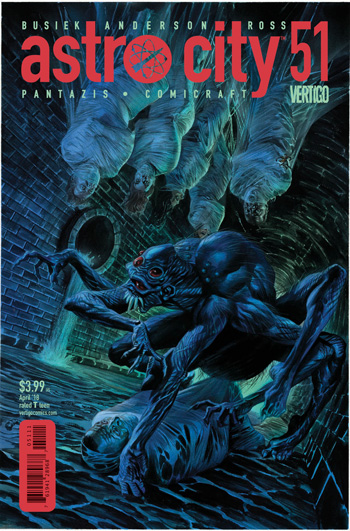 This book is firing on all cylinders, much like it did when it debuted in the 90’s.

It’s been out for over twenty years now and doesn’t feel stale. That’s a testament to the strong writing of Kurt Busiek. He makes a book that truly soars.

This is another chapter of Busiek looking at the “survivors” of Astro City.

It shows a woman coping with a loss who joins a support group. Michael Tenicek runs this group.

But can he be trusted?

Or will the team be torn apart?

The story will move you. The art is something great too. Busiek and Anderson are one hell of a team. Pick this up and give it a read! 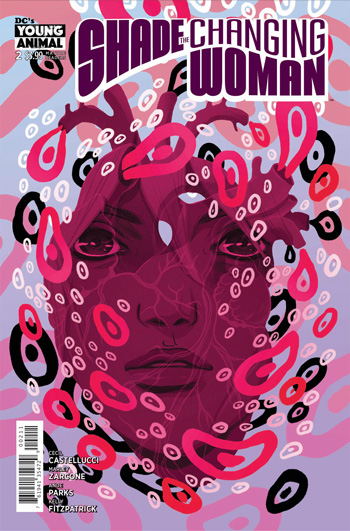 This book is my favorite of the Young Animal line.

Castellucci writes one hell of a book that borderlines on poetry. Each story is fantastic and sits with you. That is an incredible accomplishment by itself.

Shade had a body of her own finally!

That means she has to form a life of her own as well!

But that may be harder than it looks as all of her friends have moved on. Can Shade do it?

The art by Zarcone is wonderful. You can’t help but fall in love with it. Pick this up. It’s damn good.