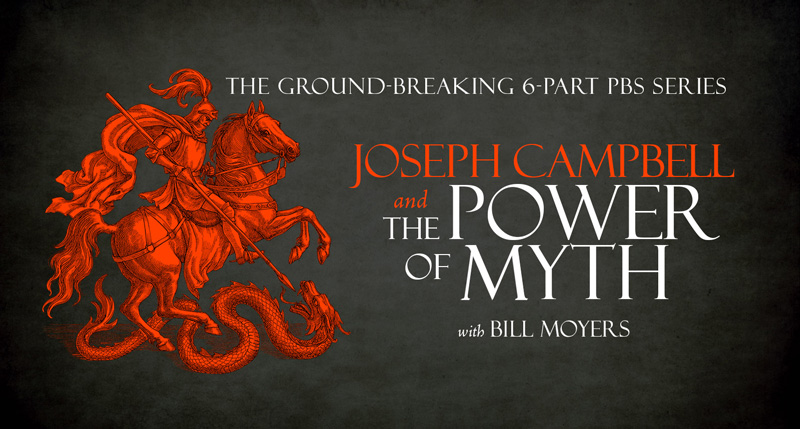 Kino Lorber is proud to announce that it has acquired all English language rights to the acclaimed 1988 PBS series JOSEPH CAMPBELL AND THE POWER OF MYTH WITH BILL MOYERS and will for the first time make it available digitally. It is now available on all major digital services including iTunes, Amazon, Vimeo, and on Kino Lorber’s own Alive Mind Cinema website (alivemindcinema.com) and www.PowerOfMyth.net.

This is the first time that digital clearances have been obtained for this high demand landmark series, and it will be available throughout North America and the international English-speaking world. A home media edition of the series, with expanded special features, is planned for release later this year.

In the words of Bill Moyers: “There was no one quite like Joseph Campbell, a master storyteller for the ages who knew and brought to life the vast sweep of our panoramic past.” Mr. Moyers went on to say, “I am delighted that our series on the universal and abiding myths of all time is now being made available for the Digital Age. THE POWER OF MYTH, one of the most popular series ever seen on PBS, is now destined to find a new and equally appreciative audience in cyberspace. Enjoy these myths to live by; they are as meaningful as ever.”

Originally broadcast on PBS in 1988, less than a year after Joseph Campbell’s passing, THE POWER OF MYTH is a six-part, six-hour program featuring a conversation between mythologist Joseph Campbell and journalist Bill Moyers, as they discuss the importance of myths and storytelling, and the impact that they have on our lives. Each segment focuses on a different aspect of the mythologies, characters, and themes central to world cultures and religions.

The individual episodes include “The Hero’s Adventure,” “The Message of the Myth,” “The First Storytellers,” “Sacrifice and Bliss,” “Love and the Goddess,” and “Masks of Eternity”. The conversations between Campbell and Moyers reveal how these ideas have come to shape our own thinking and beliefs over time through shared cultural experiences. Kino Lorber is proud to make this thought-provoking and inspiring series available to a new generation of audiences on digital platforms for the first time.

The first episode is currently available for free on iTunes and is a must watch for anyone with an interest in history, storytelling, writing and Star Wars (Lucas, an avid admirer of Campbell’s writings, used them as a direct reference in his creation of the Star War saga).