Over the years I’ve been asked if I loved the original Blade Runner. I always answered the same way, I don’t know. I mean, obviously, Ridley Scott’s original film helped redefine Sci-Fi dystopia, had amazing production design, and was perfectly cast, but that notwithstanding, who can truly answer?

The trouble is, I’m not certain which Blade Runner they mean.

As of this writing there exists at least seven different versions of the film: Workprint Prototype Version, San Diego Sneak Preview Version, Original Theatrical Version, The International Cut, US Television version, The Director’s Cut (which would eventually become The Ridley Scott Approved Director’s Cut,) and finally, The Final Cut. The one I remember, and enjoyed, had a voiceover with no unicorn.

I have no idea if that one is even considered part of the lexicon that spawned Blade Runner 2049.

Much has been discussed, especially during the height of the DVD boom, of the “repackaging” of movies in order to get people to re-buy a movie they already own. By changing the cover art, adding a new interview, and inserting the word “definitive” or “ultimate” before whatever edition it is, you can pretty much guarantee movie buffs will shell out the cash. I must readily admit to having fell for this many times over the years. While I can’t fault a studio for wanting to extract as much profit from the steadily diminishing home video market as possible, I do find fault with a director who re-edits a classic film simply for vanity.

In the 1970’s, long before Lucas re-released the infamous Star Wars Special Editions, movies such as, Close Encounters of the Third Kind, Saturday Night Fever, and even The Godfather had beat him to the punch. Depending on how old you are, the version of Close Encounters you remember, may, or may not, have Carl Weathers in it.

Yes, it’s true, Apollo Creed himself, had a small but memorable roll, in one of the versions. Weathers played a cheerful National Guardsman who informed Richard Dreyfuss in no uncertain terms, looters would be shot. This version also had added special effects that showed the inside of the space ship. The effects were so majestic it made us OK with the fact Dreyfuss’ character was abandoning his family forever.

Saturday Night Fever released a less adult version of the groundbreaking movie that notably cut out the gang rape scene. The dance scenes were iconic, and along with an ageless movie soundtrack, it made sense to try and get as many people into see the much talked about film as possible.

The Godfather: A Novel for Television, was re-cut in chronological order from both The Godfather and The Godfather Part II, with formerly deleted scenes added in. While the existence of these scenes, in some cases, adds context, they are ultimately obvious to the viewer, which is why they never made the original cut in the first place. 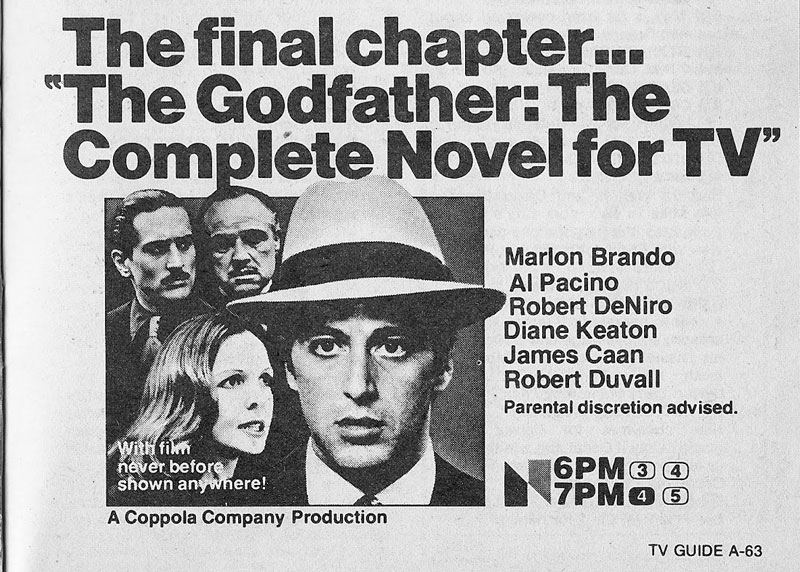 This brings us to why the “Director’s Cut” is the ultimate fan fuck you.

It has been well documented in just about every book written about the legendary directors of the 1970’s, of their wars with studio heads. Coppola famously fought with Producer Robert Evans (who, to this day, claims credit for the final cut of the 1972/Best Picture/version of The Godfather) so badly, he neglected to mention his name in his Oscar acceptance speech. Like Coppola, George Lucas had major issues on the set of 1977’s Star Wars.

Besides Lucas’s entire crew openly mocking the making of the production, some of his best industry friends abandoned him after seeing an early cut, as they thought he made a career ending flop. Many of the best directors at the time, William Friedkin, Peter Bogdanovich, and John Avildsen, ran into the same sort of roadblocks over and over.

But isn’t that the reason the movie they ended up making was so good? Art in the midst of adversity can produce iconic films. Directors with final cuts, unlimited budgets, and zero studio interference, rarely turn in their best work. That’s not to say studios and producers know best by any means, but holding artists to account is not always a bad thing either.

A Directors Cut is telling the fan, “That movie you fell in love with? The one you have the poster of on the wall? The one you bought toys, hats, shirts, sheets, and curtains from? That’s not the one I wanted to make. Try this one instead!”

It’s obvious the abuses suffered by directors along their rise left a mark on them, one no amount of money or international fame could apparently wash away. It’s fair to say at this point as a fan, although I hate Director’s Cuts, I love deleted scenes. I love director’s commentary. I love deleted scenes, with director’s commentary. Nothing is better to a fan than to see more footage from one of their favorite films, just don’t put them back into the original movie!

There is only one case of a Directors Cut, that I have ever seen, I liked better than the original film, Samuel Fuller’s The Big Red One. 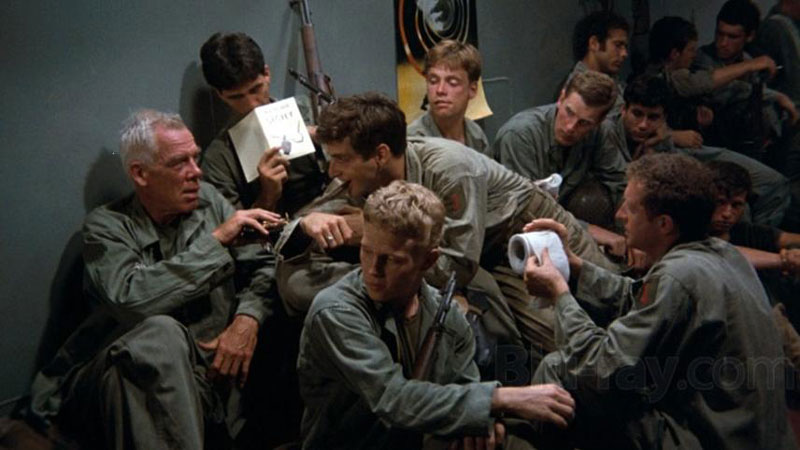 The Big Red One (starring Lee Marvin along with a post Star Wars, pre Empire, Mark Hamill) was so hacked up by the studio, the actors didn’t even recognize the movie when it was released. Decades later, long after Fuller’s death, it was restored to its original greatness. But that’s it. That movie. Literally the only example of a Director’s Cut “better” than what we fell in love with the first time.

This brings us to the infamous re-release/Special Editions/now official versions of the original Star Wars films.

So much has been talked about regarding Greedo shooting first (or at all) there is little I could add, however, the thing that bothered me most of all the changes from the iconic franchise is the addition of Luke’s scream to Empire. In 1980’s Empire Strikes Back, Luke is offered the choice of a lifetime, take Vader’s hand and rule the galaxy as father and son, or go out on his own terms. Luke, not wanting to succumb to the dark side, betray Obi Wan, his friends, and the galaxy as a whole, chose suicide. He simply let go. He wasn’t afraid. He didn’t scream.

This means what exactly? He slipped? He decided it was a bad idea on the way down? He forgot to set his DVR? Lucas was clear these versions would be the only official versions of the classic series available from then on. If these versions had been the original releases, instead of what he did release, would they have been as popular? Hard to say, but if the controversy the Special Editions stirred is any indication, they might not have been.

Richard Donner, who was fired from Superman II, released his own version of the iconic film many years later. It’s a completely different film than the Richard Lester version. Star Trek II: The Wrath of Khan, Crimson Tide, and so many more, have Director’s Cut versions that offer little else to the original vision. In nearly every case the added scenes slow the movie down, and often remove the humor entirely.

As a fan I want to say to Directors: Trust the process. You turned in your best work when you were up against it. Up against time, money, rules, casting, bad crews, bad editors, producer’s girlfriends, actors on drugs, studio bosses sons with “great ideas,” and of course, your own self-doubt. Through it all you created some of the best things we’ve ever seen. Now, you’re famous. You can do anything. But don’t. Don’t take advantage of us the same way producers and studio heads did to you.

The fact you were never really satisfied with the Cantina scene, or the mechanical shark looked awful, or a hurricane blew away your sets, made your movies BETTER, not worse.

You ask actors to trust you. People on both sides of the camera put their careers in your hands. You ask a lot of the people around you, and you should, you’re a pro, this is why we love you. But that goes both ways. Trust us. Trust the fans. In the real world once you’ve turned in your term paper you can’t keep writing it.

Changing film is changing history, our history. Our memories. Our childhoods. The guys chasing the kids in E.T. had guns in 1982, not walkie-talkies.

Even if it hurts, don’t make changes.

Give us a repackage, show us the deleted scenes, wax poetic on why they were cut, you can even charge us a fortune for it, just don’t tell us the movie we fell in love with wasn’t worthy.