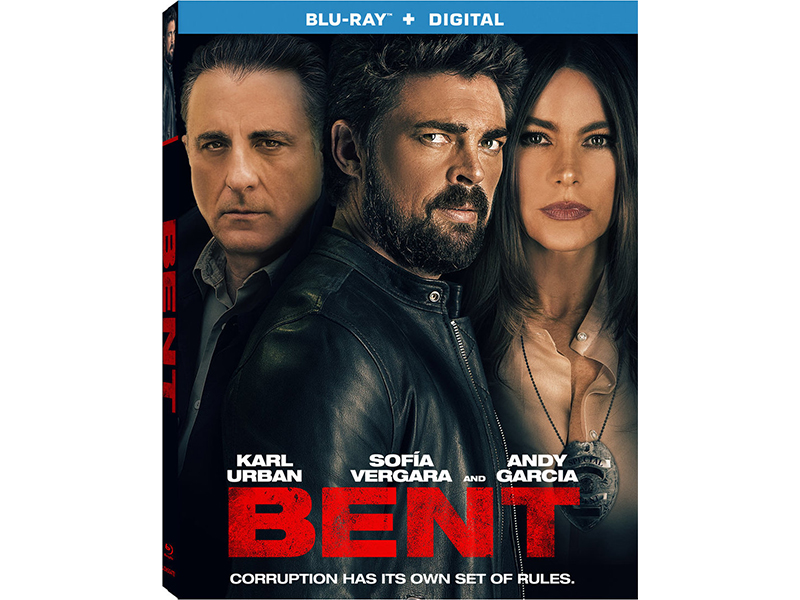 Synopsis: When a drug bust goes wrong, ex-cop Danny Gallagher’s (Karl Urban) quest for justice leads him to the car-bomb murder of a government official’s wife. As Gallagher learns that the woman’s secret lover was a seductive federal agent (Sofia Vergara) he finds himself under fire. But from whom — his own cops, a vengeful drug lord, the CIA, or someone even more ruthless? This pulse-pounding thriller also stars Andy Garcia and Grace Byers.

Review:  Bent is one of those films that’s so forgettable that even describing it as, “the movie about the disgraced cop who gets out of prison and goes after the criminals that put him there reveals a bigger conspiracy,” immediately makes you think of several other better films with a similar plot.

Part of the problem is the screenplay is so uninspired that nothing within feels particularly fresh, and certainly nothing we haven’t seen before.  Urban does a satisfactory enough job, but lacks the energy and charisma necessary to elevate this performance into something memorable (which is a shame, since I find his work in the Star Trek franchise fantastic).  A “where are they now” appearance from Vincent Spano was a pleasant surprise, but Andy Garcia looks bloated and bored and the less said about Sofia Vergara’s acting talents the better.

It isn’t that Bent is a bad movie; it’s perfectly watchable.  But it’s such a cliché-ridden, by the numbers procedural, that by the time you realize that Urban’s character is missing from the final showdown, you’ve already forgotten what the plot was to begin with.