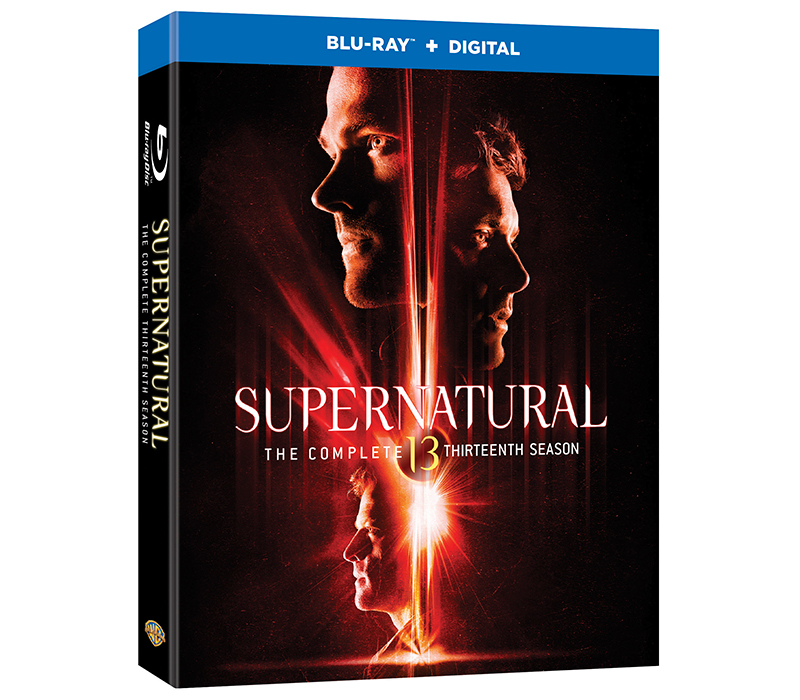 Last season, the Winchesters were reunited with their resurrected mother, Mary, who joined forces with the British Men of Letters. But things turned from bad to worse, with the return of Lucifer and the surprising revelation that the Devil was expecting a child with a human mother. In Season Thirteen, Sam and Dean find themselves facing Lucifer’s offspring, a creature of almost unimaginable power – one that could save the world… or destroy it.

“After thirteen thrilling seasons and with continued ardent fandom, there is no denying that Supernatural is an extraordinary TV success story,” said Rosemary Markson, WBHE Senior Vice President, Television Marketing. “We are delighted to release the latest season of the groundbreaking genre series with over three hours of new extras for fans to devour before Season 14.”