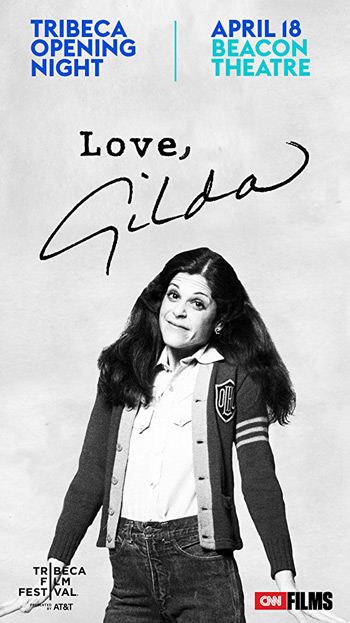 Some of the best comedians are those who love to make not only others laugh, but themselves. They are able to turn their greatest pain into the happiest moments. It’s not only a form of escapism but if done right could help uplift others.

While SNL has its ups and downs, there’s one unifying factor: Gilda Radner made the show successful during its most formative years.

Radner wasn’t just an actress, she was someone who embodied her characters. When other actors were on stage, they recited lines. Radner told stories with her soul, taking you on the most adventurous journeys ever written. Acting from every part of her body, characters she created were based on people who impacted her life which made her care even more about the smallest details.

From facial expressions to developing multiple distinctive characteristics she left everything in her performance. She didn’t act just to make the audience happy, she acted because it filled her soul with joy and that joy.

Unfortunately, unless you’re part of the comedy circuit or catch a random SNL Classic sketch, odds are today’s generation doesn’t know about Radner.

Fortunately, Lisa D’Apolito’s Love Gilda is here to educate all.

Love Gilda, is a thoroughly moving documentary that explores the life and many characters of Radner. Through various interviews and behind-the-scenes footage, the audience is able to step into the mindset of Radner as she created Emily Litella, Lisa Loopner and Roseanne Roseannadanna. Tweaking each character through improv sessions, she’s mastered her talents so well that just her and hula hoop is entertaining. Radner shined in the spotlight, from simply talking about what foods she ate or the squeals from jumping on the bed she captivated all with just her words.

Even though Radner knew how to make other people smile, she was also masking a lot of pain. As she became more successful, the pressures of staying thin triggered her bulimia and robbed her of her natural love of food. It became an ongoing battle where she would spend days bingeing and purging the guilt away.
Told through a series of interviews with Lorne Michaels, Chevy Chase and more, D’Apolito weaves together a visual narrative of Gilda’s romantic and work struggles told through old photographs and letters that made this documentary feel more intimate than others. Amy Poehler, Bill Hader, Maya Rudolph, and Melissa McCarthy add warmth as they read through her personal diary, cracking jokes along the way. These private moments help to make Radner feel less of the star  while reminding us how human, relatable and vulnerable she felt throughout her life.
While Radner suffered through the ups and downs of life, it was enjoyable watching how her career came together by pure circumstance. After randomly seeing an audition notice for Godspell she walked in with no singing experience and was cast in the production because of her charisma. She discovered Second City while dating Martin Short, which resulted in her meeting and being cast by John Belushi for National Lampoon’s Lemmings. While she faced sexism in the seventies, she never let that stop her from being the only girl in an all boys club.
The most touching moments are explored through her courtship and marriage with Gene Wilder. Their love radiated within and their partnership was one to envy. Unfortunately, their love and Radner’s talents couldn’t save her during her battle with ovarian cancer, but her positive personality kept her alive for as long as possible. Always filled with openness and honesty, Radner allowed her cancer struggles to be documented for all to see. She provided upliftment to others, including the other patients in the cancer ward who soon became her friends.

While she lost her battle at the young age of forty-two, her love light and talent will forever live on through Love, Gilda.