Life is forever getting in the way of important things – like gaming.

Whether it’s your job or spending quality time with your loved ones, there are always other commitments that detract from gaming. I would argue that life has always been this been this way as long before commuters were playing games and watching TV shows with their faces glued to mobile devices, the Victorians had a similar phenomena and had a hard time putting down books. 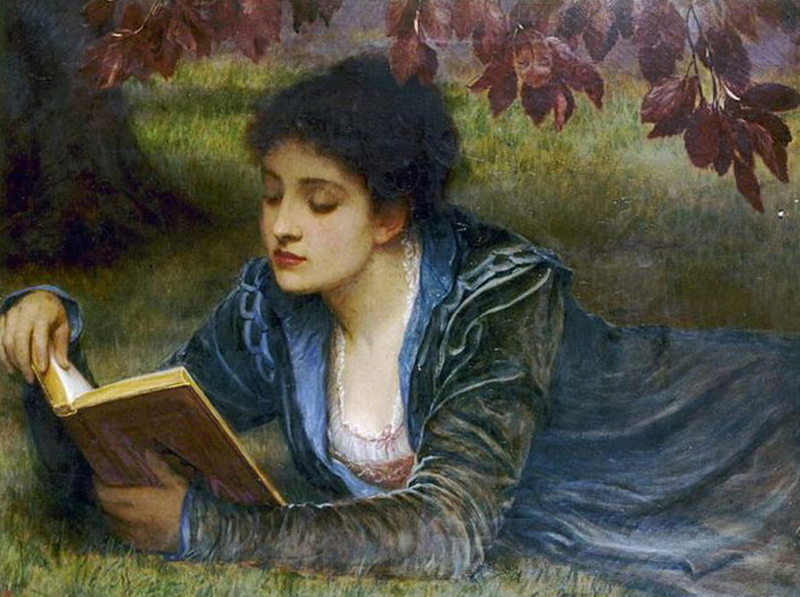 Back then a combination of cheaper labour and production cost meant books were more widely available and with literacy improving due to public libraries and schooling this meant that reading was no longer for the rich or educated. Technological advances in the latter part of the 19th century were also to blame, as gas and electric lighting became more accessible allowing people to continue to read long into the night without the mess of gas lamps or the dimness of candles.

No longer an idle pursuit or time wasting leisure, books were everywhere and reading was heralded by many in the pursuit of education, advancement and cultural progression. Though, much like today’s video games, reading was also reviled by many people. These critics felt that too much reading would corrupt the lower and middling classes, giving them ideas to act out against government or maybe even copy the fictional crimes they were reading about. Sound familiar?

Over the course of my life, I’ve seen countless attempts to decry video games in a similar vein. “Video games cause violence”, “Video games are bad for peoples health”, “Video games are for kids, grow up” “Stop sitting so close to the TV”, “Go outside and play”, “Do something more worthwhile with your time” – all of these phrases and many more add to the ill-informed view that gaming is either negative or a waste of time. 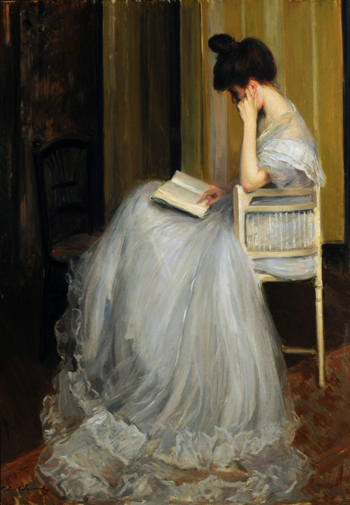 “Woman Reading” circa 1890, by Jacques-Émile Blanche

Even now, when gaming dominates the entertainment industry.

More often than not, Victorian women were often criticised for losing themselves in books, criticised for living in fantasy worlds of make believe rather than their real, duty bound, tangible lives.

Although this reasoning came from a patriarchal need to keep women in their place (the kitchen/bedroom) but the same criticism can be applied today for video games as many gamers are often berated for spending too much time playing games or enjoying their fictional game worlds.

In a game, you can discover who you are by becoming anyone and honing skills you never thought you had or even needed.

Of course, that is not to say that critics are completely wrong as there are cases where you can become obsessive, lose who you are or even find yourself enamoured with a fictional game world.

Gaming addiction is a real thing problem that needs to be addressed, one needs only to look at the potentially dangerous addiction of Starcraft fans, especially in South Korea, many of whom will play without eating for days!

See also the hundreds of reddit posts from fans trying to quit.

However, addicts only make up a minute percentage of gamers and the games industry today is widely revered much in the same way as reading was back in the 19th century, technology has enabled us better and better games and easier access to them on mobile devices for example.

We can access games everywhere and many are portable, Nintendo has especially tapped into this with the Switch.

Personally, the many things that ‘get in the way’ of my gaming time include my day job, family commitments, seeing friends and rather amusingly, writing deadlines. Naturally, I love spending time with friends and family, I also adore writing (let’s face it, the only real issue here is my mind numbing day job) and yet, the time I once had to game feels like a distant memory and any time I do dedicate time to it, I end up feeling guilty.

In contradiction to this, when I look at the pile of unfinished games I’ve amassed, I also feel guilty! All that hard work from developers, writers and artists…neglected!

It also feels selfish to spend 30+ hours on my own but the thing I’ve realised lately is that society is often catered to extroverts, if you’re not being social 100% of the time, then prepare to be cast aside as an outsider or viewed as just a bit weird.

Of course, you could argue that the problem is my inability to manage my time. But that’s exactly it, who is to say what is appropriate?

Why is culture dictated in such a way that the most popular entertainment industry is still seen as second-rate? Why is gaming a lesser activity than reading or watching TV? Spending the hours between work and sleep staring at Netflix or other streaming services is no different to playing a game, if anything, gaming is more engaging. You’re not passively watching events unfold on a screen, you have an active role to play.

What’s more, the very things we do in games on a fundamental level are the very things we often don’t want to do in life. A tedious set of goals/objectives/quests, doing favours for people, visiting individuals or even strangers online, improving our social standing, earning money…these are all things we forsake gaming for. Yet, we imitate the very same behaviour in virtual world.

Perhaps I ought to be awarding myself in daily life for completing tasks, I could give myself some XP for doing the dishes or treat myself after spending time with my family? Fortunately I’ll no longer need to fear being incarcerated in an asylum like many women were for too much reading…so that’s one positive about gaming, I guess!

What things do you have to forsake gaming for? Let me know in the comments section below!