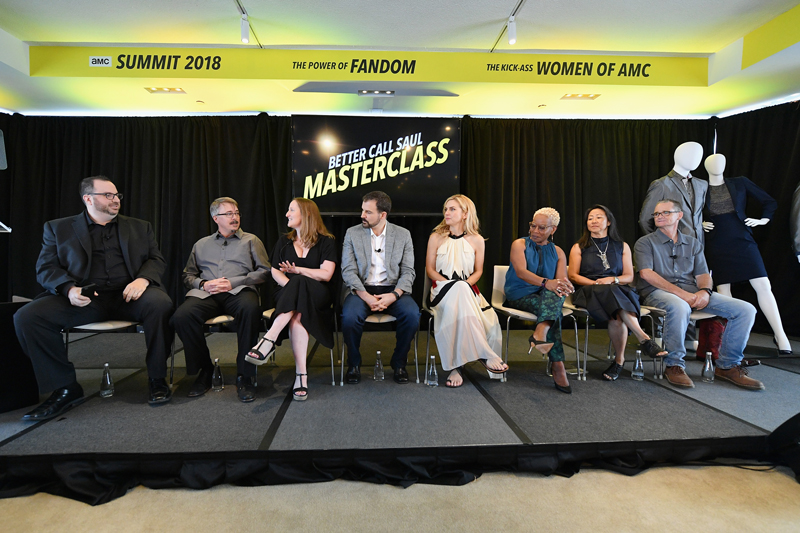 Talking excitedly to the crowd Gilligan expressed how proud he is of season four. “It gets darker, it gets richer. It’s still got funny in it, but on the Venn diagram of Breaking Bad and Better Call Saul, the overlap in the center is getting bigger and bigger.”

Declaring how impressed fans will be, a popular theory will finally be answered when Lalo who was first introduced in a scene with Saul Goodman in season two of Breaking Bad makes his long-awaited appearance. If Lalo doesn’t sound familiar, he was a character that was briefly mentioned but never seen on camera.

In the second episode of season two titled “Better Call Saul,” Lalo was introduced when a masked Walt and Jesse hold Saul at gunpoint, a terrified Saul asks if Lalo sent them. Upon fans seeing Lalo, Gillian is sure fans are “going to say, ‘Fuck yeah!'” 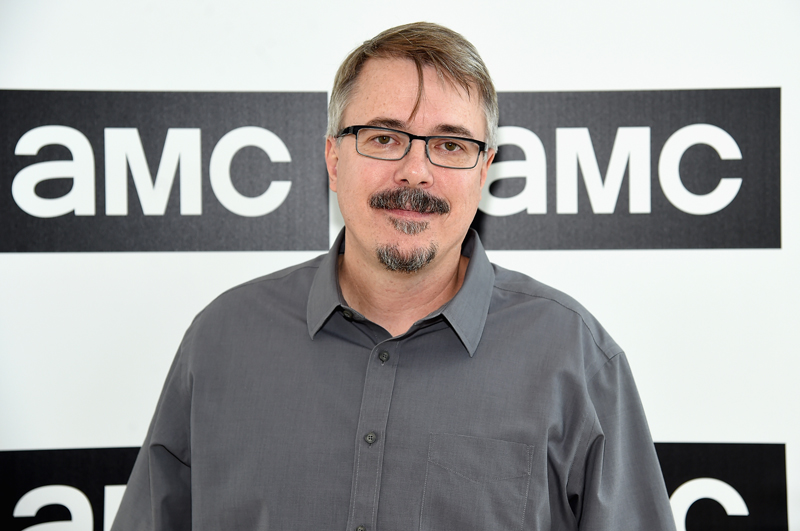 In addition to Lalo there will be a plethora of other characters making their way down the reintroduction aisle who Gillian refused to name to “preserve the fun of that for the fans.”

Series Costume Designer Jennifer Bryan was present to showcase “ultra shiny suits” and the infamous skull-tipped boots worn by The Cousins (from Breaking Bad), hinting the Tuco’s twin cousins could be returning this season.

Actress Rhea Seehorn who plays Kim Wexler joined the panel to explain how Chuck McGill’s suicide from the previous season will affect her character (Chuck “really still looms large, particularly over this season”) and it will dive in deeper into her relationship with Saul Goodman.

“What they did to Chuck, what Chuck did to himself, Chuck’s death, Jimmy’s reaction to it, what grief does to all of us…they have a huge impact. If you’ve ever been the person that’s supporting someone who is grieving, that has an impact on a relationship,”

While fans have yet to see a Walter White, Jesse Pinkman, or Hank Schrader appearance, fan favorite Gene will return. “We left Gene in great peril, so we will return, and we will see Gene. This is Jimmy’s story. This is Jimmy McGill’s story, and it doesn’t end with what happens to Walter White.” Series writer Gordon Smith reminded the audience, Gene has “a story that we are very invested in sort of figuring out what exactly is the state of Gene’s soul; is there a redemption for him?”