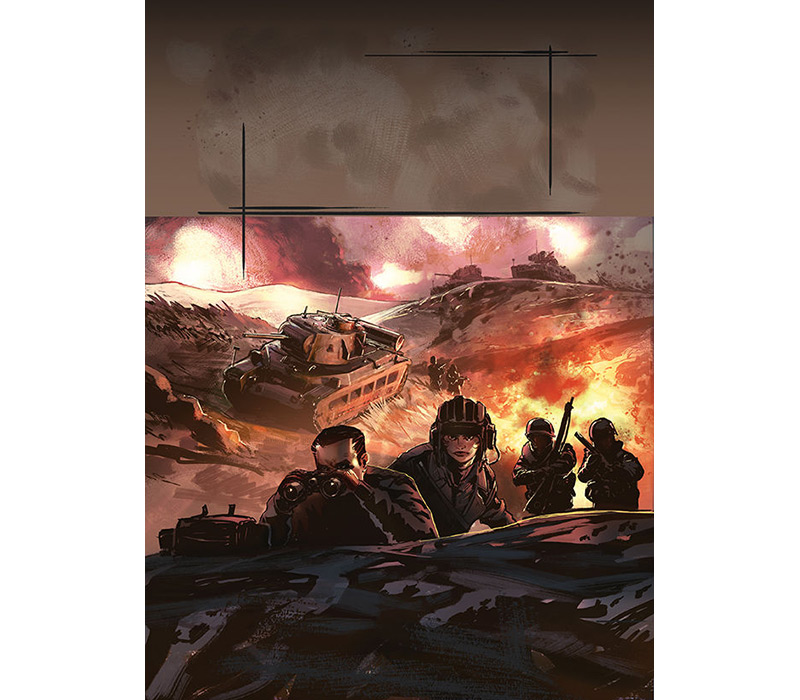 Thanks to our friends at Dark Horse Comics, we’ve got an exclusive preview from World of Tanks: Citadel #2, arriving in stores on June 13th from writer Garth Ennis, artist PJ Holden, colorist Mike Atiyeh under a cover by Isaac Hannaford!

As the two vast tank armies clash on the plains of Kursk, Russians and Germans alike are caught in a maelstrom of steel and fire. Piotr and Ginger find themselves outmatched by almost everything on the battlefield–and dangerously undermined by divisions within their own ranks. For Kraft and Stadler, things go more smoothly at first–until the real armored monsters begin to enter the fray. The blazing battle action continues, as Ennis and Holden continue their tale of total war on the hellish Eastern Front. 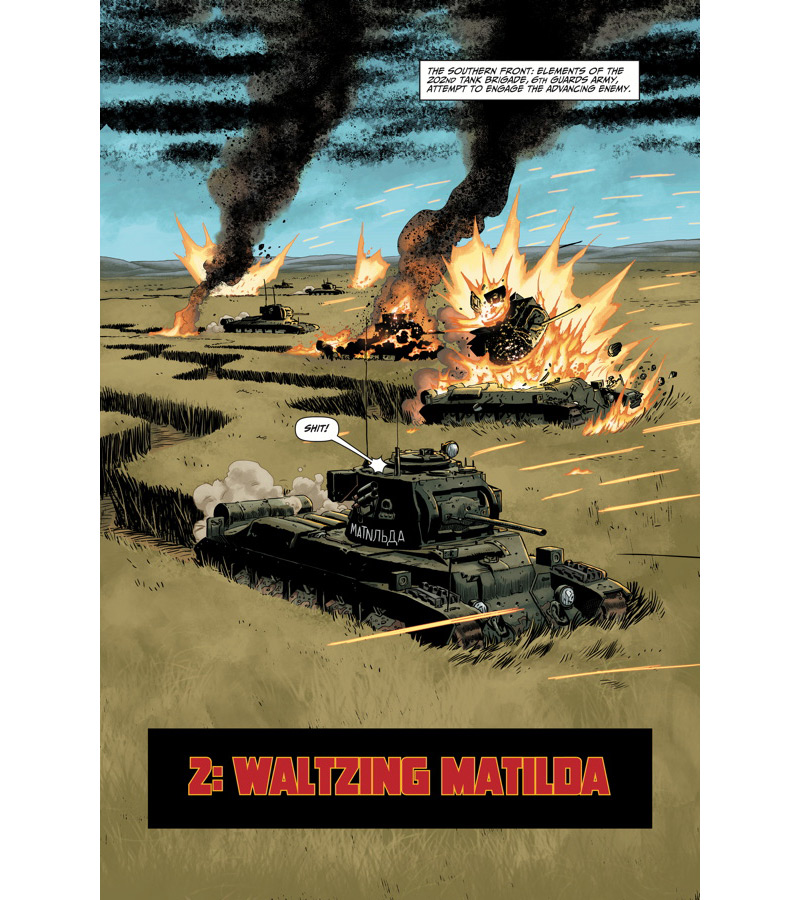 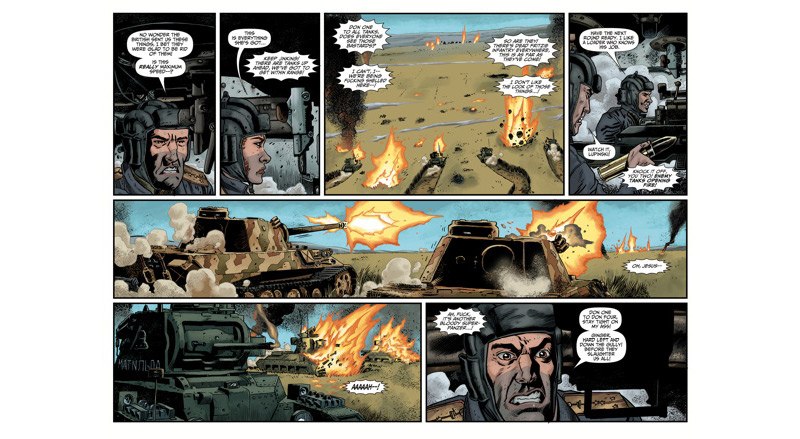 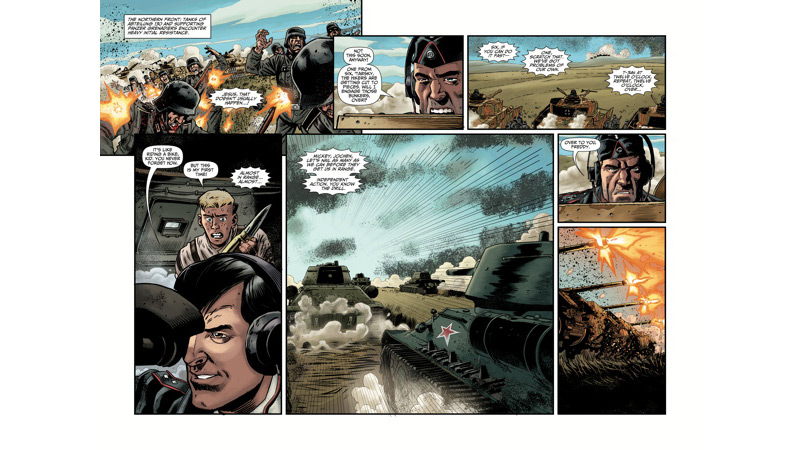