Casino vacations rank near the top for a lot of reasons. You have slot machines developed around almost every major cult movie ever released as well as games with superhero, television and video game themes. The regular table games like blackjack, roulette and craps can provide a great deal of entertainment. The baccarat tables let you pretend you’re a high roller or a spy.

But let’s be realistic. That vacation spent traveling requires time and money. Why not take a day off, indulge in technology and have some fun?

Plus, you can stay in your bathrobe, sit at your computer and play free slots online.

Sounds like a perfect day, doesn’t it? Below check out five movies that serve as a reminder that watching from home is better than stepping foot in a casino. 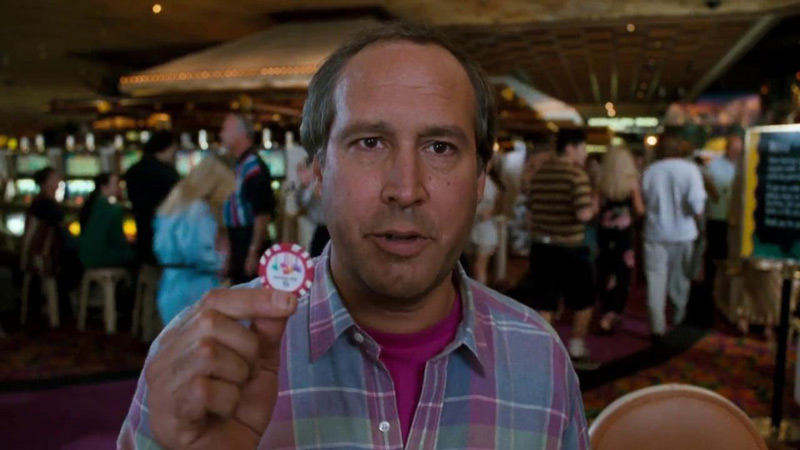 This is probably the worst of the films featuring the Griswold’s. In the film Clark goes on one of the longest losing streaks in history. In an attempt to change his luck he visits a rundown casino way off The Strip. There his losing streak continues playing games like Rock, Paper, Scissors; Coin Toss, Guess Which Hand, and Pick a Number, all of which are made up.

Why The Movie and Slots Online Are Better Than Going to a Casino? There’s little chance that you’re going to run into Chevy Chase.

Most of the James Bond Movies

This is sort of cheating, but the earliest images of gambling many people have come from the Bond films. Bond’s game was baccarat, or chemin-de-fer, in most of the early movies, although he did play roulette in Diamonds are Forever. It wasn’t until Casino Royale where Bond found the perfect game for his style and status, poker. The casinos, with the exception of Circus Circus in Las Vegas are spectacular. Two of the movies were filmed at the Monte Carlo Casino, which consistently ranks first in list of impressive casinos.

Why The Movie and Slots Online Are Better Than Going to a Casino? You’re not going to get shot at. 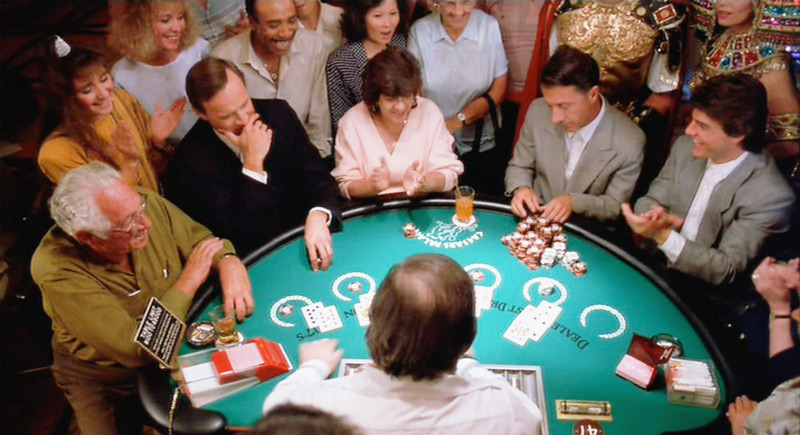 The blackjack scene with Dustin Hoffman and Tom Cruise is among the best in film. Hoffman plays the autistic brother of Tom Cruise with a gift for numbers. Hoffman goes on to win big at the blackjack tables.

Why The Movie and Slots Online Are Better Than Going to a Casino? No need to count cards or look for a long lost autistic brother that was dismissed as an imaginary friend for most of your life. 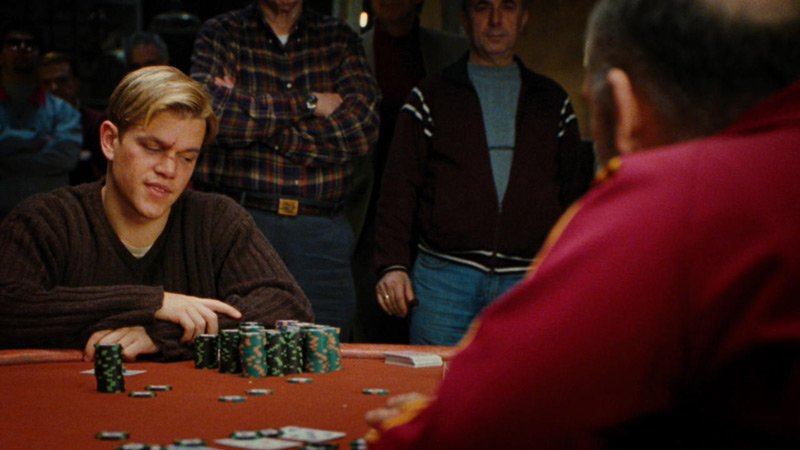 For a poker movie very little of Rounders takes place in a casino poker room. Just two scenes, one when the New York Gang is playing in Atlantic City and the other when Mike is recounting his encounter with World Series of Poker Champion Johnny Chan. You’ll usually average one quote an hour from the movie at a poker table, with “I’m sorry John, I don’t remember” being the leader.

Why The Movie and Slots Online Are Better Than Going to a Casino? No chance that you’ll wind up in an underground poker club trying to save yourself from a mad Russian in the middle of the night. 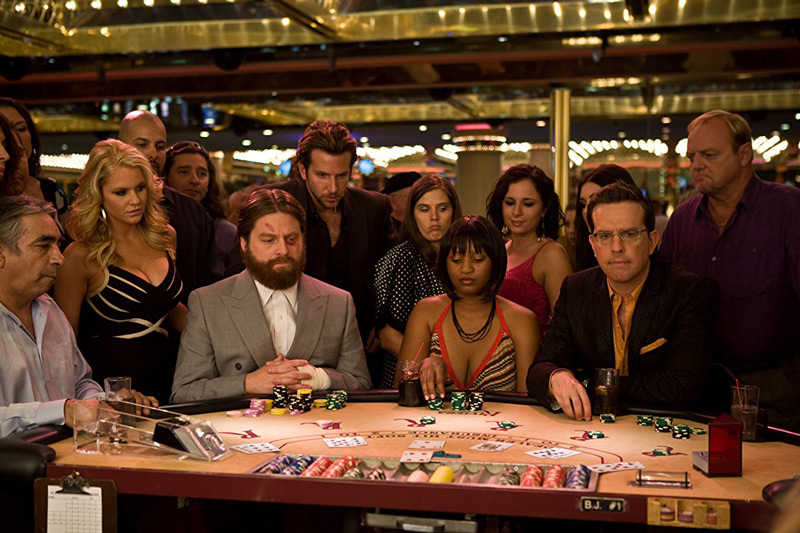 In many ways, The Hangover is a comedic version of Fear and Loathing in Las Vegas. The blackjack scene where Alan goes on one of the most epic winning streaks in blackjack history is a direct homage to the scene from Rain Man.

Why The Movie and Slots Online Are Better Than Going to a Casino? You aren’t going to find yourself missing a tooth, losing a friend, finding a baby and getting punched by Mike Tyson.  Only in the movies…