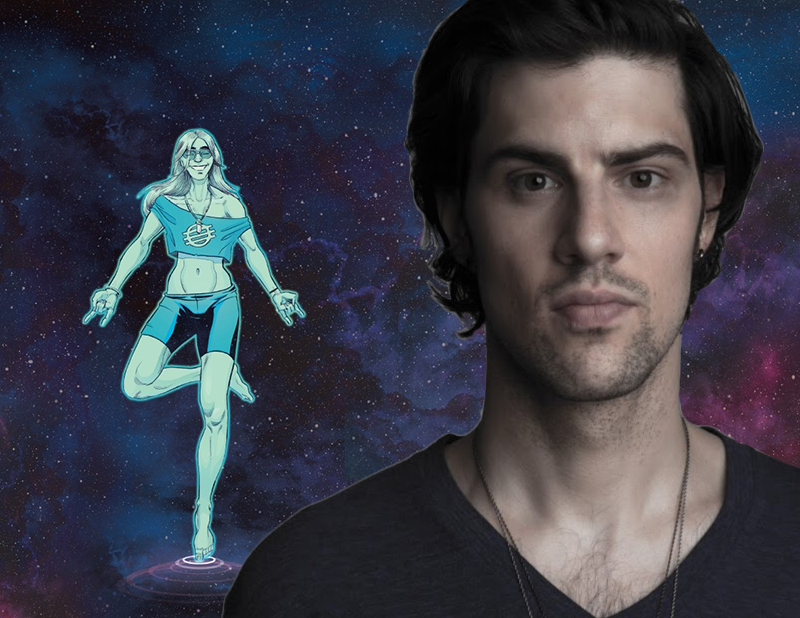 From writer Ryan O’Sullivan (Turncoat, The Evil Within, Warhammer 40,000) and illustrator Plaid Claus (Turncoat) comes the story of Ana and Gabe, the last two humans left alive in the galaxy. They’re low on fuel, they’re low on food, and they’re low on psychedelic space froot, but they’re still determined to make it to the promised land: hippy-paradise super-planet Euphoria. This is the story of their journey, the friends and enemies they made along the way, and how the universe responded to those who dared to live freely within it.
Co-creator/artist Plaid Claus took some time from his busy schedule to discuss Void Trip, working with Ryan O’Sullivan, and his thoughts on established properties.
*  *  *  *  *

FOG!: What was the genesis of this project?

Plaid Klaus: I was drawing pictures of backpacking hippies trekking across space at the same time Ryan was reading a lot of Bukowski and Kerouac. The two influences merged and started the unfolding of the journey. The mythological aspects attached themselves to the story as we were building it and the story kept getting deeper from there.

So, the two lead characters of this book are space hippies. What interested you about telling their story?

I’m a bit obsessed with the experience of the American 60’s and 70’s.  For me it feels like the idea that members of a society radically attempt to break free from the restrictions imposed by culture and break free into something yet undiscovered. appealing to me.  What we learned about humans in society and culture is that drugs ‘freed the minds’ of people to see outside the illusions of society, but it left the collective dispersed, confused and unsure where to go or how to build something new.

Those two decades were an important lesson for anyone with a desire to ‘live free’.  You can learn the rules of the game and attempt to bend them on the grass roots level, but if you attempt to overthrow a power structure it will consume you as the U.S. government clearly did with hippy culture.

That’s the interesting dynamic between Ana and Gabs.  Gabe has learned this lesson about the Universe, but Ana refuses to succumb to his teachings.  She is continually deny to give into the power structures in the Universe and is constantly acting as the trickster to escape the confines. Ultimately, the story begs the question.  Is there such a thing as true freedom and can humans obtain such a thing? 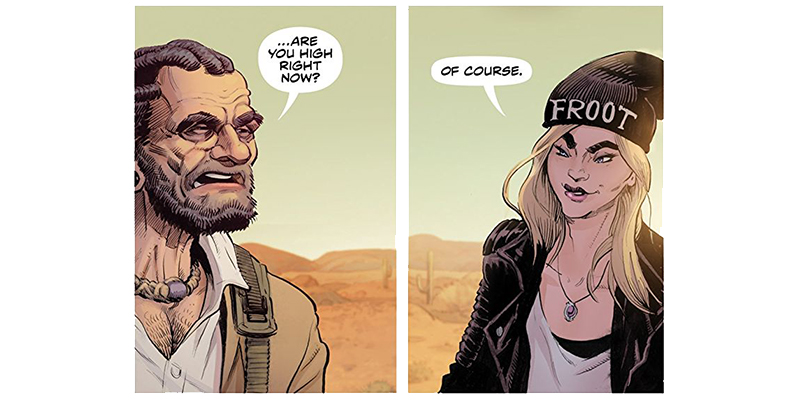 How did the you meet Ryan O’Sullivan? What is the creative process like? I know you did a book together before this. Has your relationship changed this time out?

As with so many other first encounters in this digital age, we met online. Both of us were hanging around the Comic Experience forums meeting other people pursuing comics.  Ryan had been putting together the script for our first book together, Turncoat. He dug my art style and I enjoyed his humor.  He let me run crazy with the character designs, which was a lot of fun and he had the script fully formed so I could focus on the details.

I was constantly trying to add humorous bits in the background and make the character acting really come alive.  After Turncoat, we worked so well together we knew there was another book on the horizon.  Void Trip sprang from us building a book together in true collaborative fashion.

This feels like a lost Heavy Metal comic.  What were your influences while working on this book?

Artistically, you reach a point where everything you’ve absorbed over the decades becomes your influence.

It’s hard to say a specific reference, but I did digest a lot of imagery from the Beat Generation and the hippy movements to try to capture some of that essence. 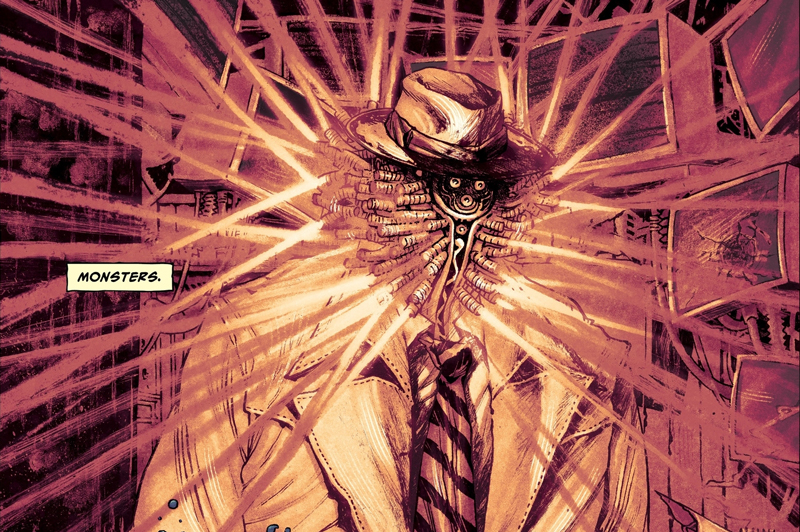 You’ve gotten praise from a lot of media outlets (including my column!) Any for a sequel?

Well…I’m assuming you finished the book. What do you think, haha?

What’s are your upcoming projects?  Are you planning to collaborate again?

Ryan and I are always shooting ideas back and forth.  We have some fun concepts we’re playing with at the moment.  Guess you’ll have to wait and see.

Is there a mainstream character that you’d want to take a shot at?  Which one and why?

I never understood wanting to revisit a story that has been told. This decade seems to be flooded with recycled nostalgia.  Most creative people, I’d image, carry a desire to bring something NEW into the world. When a child sits down to draw they make the craziest art.  When they attempt to ‘learn to draw’, typically, they don’t know all the technical rules of creating art so they copy another artist’s drawing where all the complex intellectual and original aspects have been figured out and laid down onto the paper.

This is true with characters and story.  The complexity of a character have been figured out. Excluding the outliers, most people on mainstream books are confined to regurgitate variations on a theme.  This is not to discredit any of their talent, but to me it’s the equivalent of copying a drawing that has already been figured out. 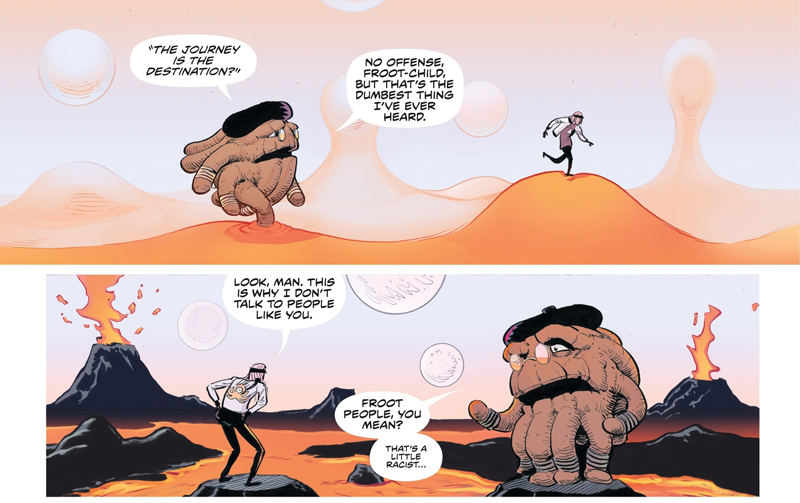 You don’t really have to win the reader over when you’re on a Batman book. They’re interested because they already know Batman. To bring an entirely new Universe into the literary world and have readers join on, that’s the biggest challenge and that’s where I feel I get the most reward.

I’ve recently started digging into Geof Darrow. Every page is basically a display of creative endurance and each panel is a visual blustering of details.

Outside of comics, I have a list of Film Noir films and I’m just working my way through them.  I need to find some new inspirational art/music.

The older you get, I don’t know if it’s because you get burrowed into your tastes or because you’ve seen such a range of material, but it’s getting harder to find things that light up my neurons and surprise me artistically. 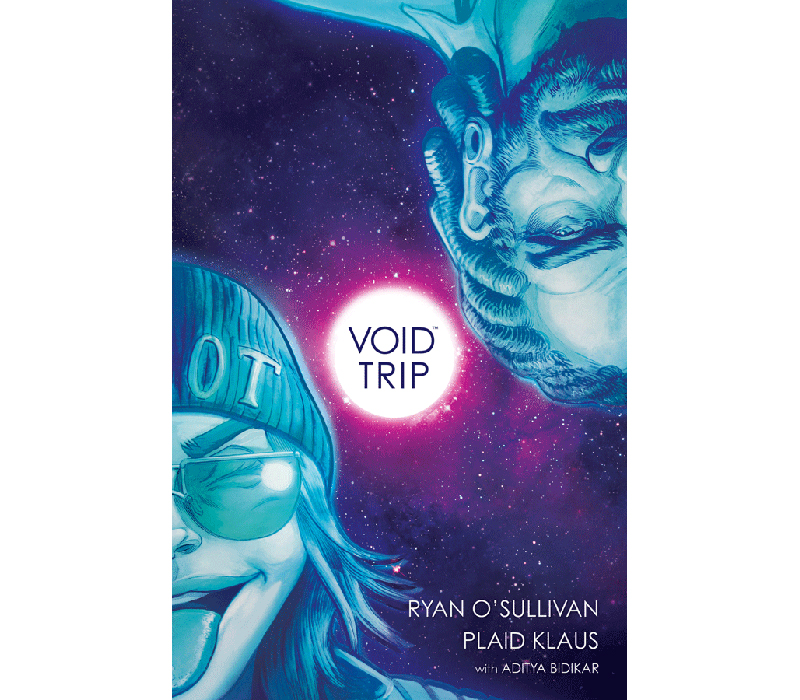 Void Trip TP is now available in both print and digital.