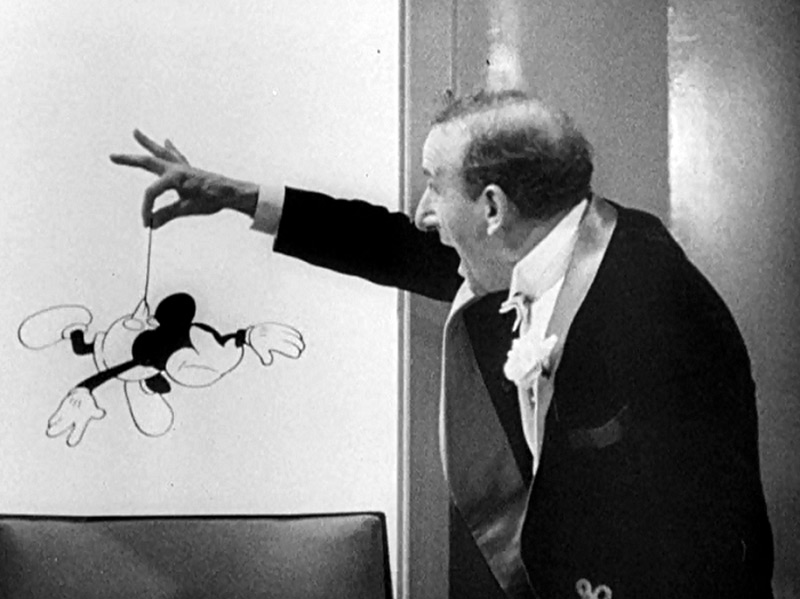 The process of combining live-action with animation goes back as far as 1900 with the Thomas Edison produced short film The Enchanted Drawing.  Other early combinations of the magical mix of hand-drawn and in-camera real-world include Gertie the Dinosaur (1914), Disney’s “Alice” comedies (1923-1927) and The Hollywood Party (1934).  The later of those features a rather fresh Mickey Mouse getting in a good punch to Jimmy Durante before the opening credits are over.

The appeal of seeing often big-name actors joining forces with animated characters has been a selling point since these early days of cinema.  It was in full swing by the 1940s, with Tom and Jerry joining Gene Kelly in Anchors Aweigh, Donald Duck and Aurora Miranda in The Three Caballeros, and Mickey Mouse with Leopold Stokowski in Fantasia.

Audiences are usually aware of a partially animated film, as it’s often the selling point of the picture.

In my opinion, the more breathtaking moments are from the unexpected times an animated “wall” is broken, going from primarily animation to sudden live-action. 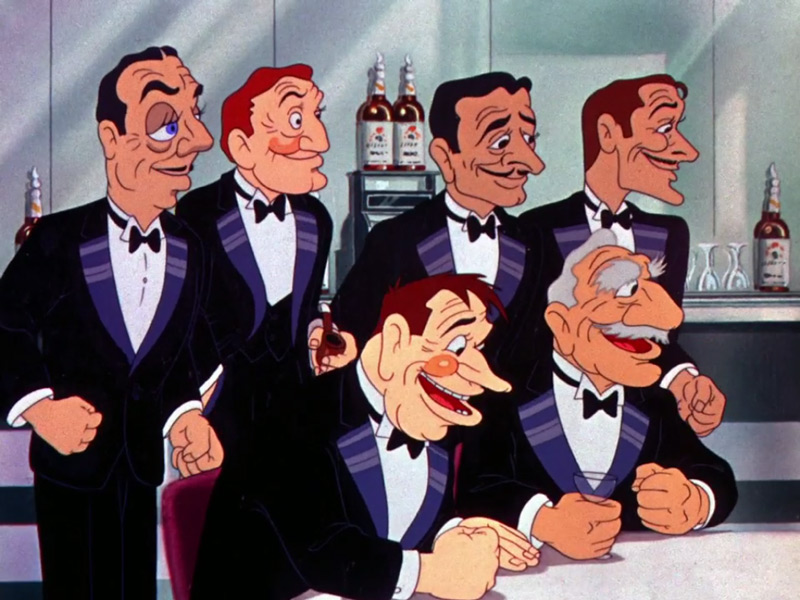 Okay, so this one’s not exactly a mix with live-action footage, but the approach of this “Merrie Melodies” cartoon directed by Tex Avery side-steps the familiar Warner Bros. characters for 46 big-name, real-world actors.  Featured in the short are Cary Grant, James Cagney, Humphrey Bogart, Clark Gable, Dorothy Lamour, James Stewart, Bing Crosby, Greta Garbo and Groucho Marx (to name a few). It all takes place at the real nightclub Ciro’s, and the tone is very much a satire of newsreels of the day glamorizing Tinseltown. The character stylings of the stars is uncanny, but probably a surprise to see in ‘41. 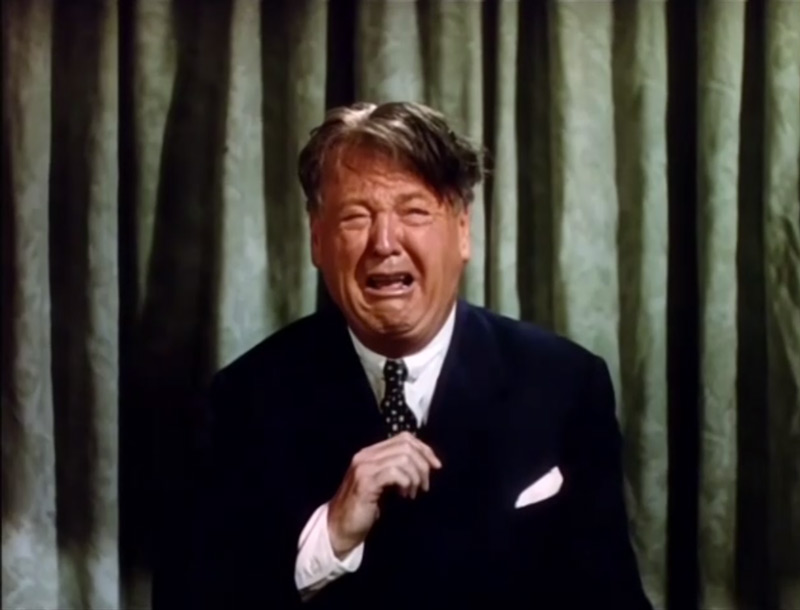 This Tex Avery parody of whodunit stories starts live-action, with actor Robert Emmett O’Connor disclaiming the nature of the cartoon will prove “beyond a shadow of a doubt” that crime does not pay.  Clichés are served up, all the way to the revealing ending, in which the killer’s revealed to be the opening host himself, which is a switch from a cartoon unmasking to the live-action O’Connor. 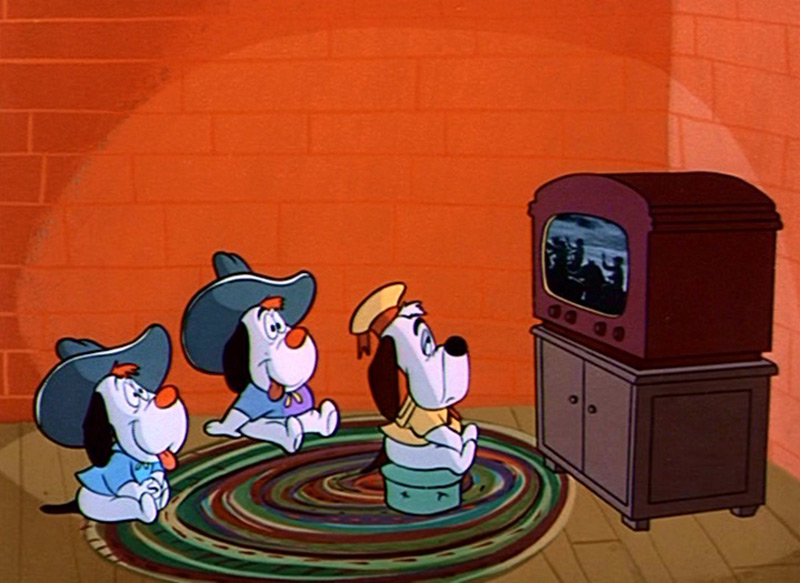 Tex Avery loved a good live-action gag, and this gun Droopy Dog MGM short parodies the Disney cartoon Three Little Pigs twenty years later. In two sequences, the pups watch a live-action western on a cartoon television.  Eventually the big bad wolf of the short, crosses into the television and rides a live-action horse off into the sunset. Strangely enough, the image of cartoon puppies watching a black-and-white western on television would be restaged in Disney’s own 101 Dalmatians in 1961.

The classic science fiction film (the first with an entirely electronic musical score) pops in widescreen technicolor, which is already beyond the look of real-life.  But the film’s famous battle against a subconscious monster from the Id was brought to life by Walt Disney animator Joshua Meador. Drawn with simple black pencil on white paper, the images were photographically reversed to result in the effect of an outlined creature that gives the impression of invisibility.  The result is still-spooky, and doesn’t come off as overly cartoonish. It’s an amazing precursor to today’s infiltrating CGI effects. 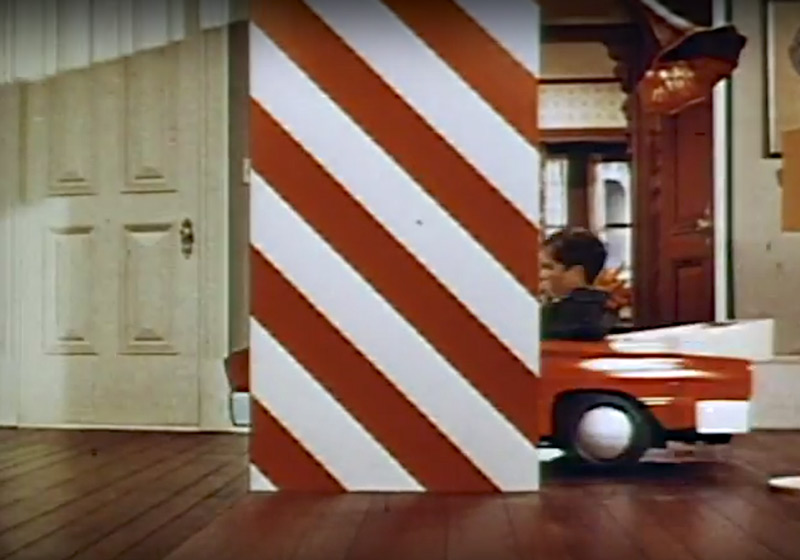 The 1961 children’s book that continues to be a best-seller serves as inspiration for this strange feature film that bookends itself with live-action sequences.  Butch Patrick stars as Milo, who passes into a magical parallel universe that’s completely animated. The animation studio closed after this film bombed at the box-office, but the sight of a real kid turning into an animated one, via magic gift-wrapped package certainly shocked and stayed with younger Gen-X audiences. 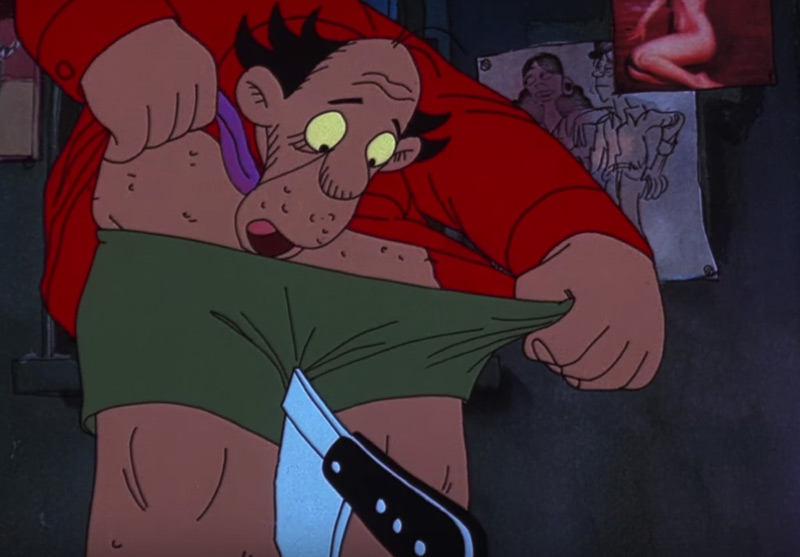 Ralph Bakshi’s Fritz the Cat was a cult movie sensation, but the film that really established the director’s style is Heavy Traffic, an R rated autobiographical montage of mixed media.  Often using photographs or live-action as backgrounds, the cartoonish animated characters contrast against this technique.  The director would merge to live-action even more by increasing the use of rotoscoping. This one is his most successful variation on familiar themes. 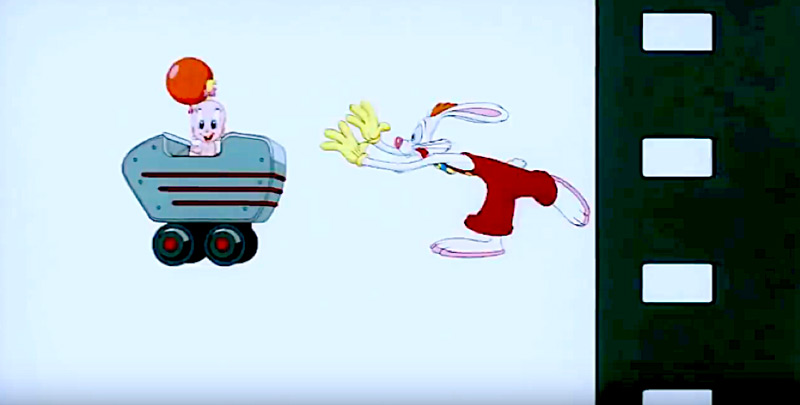 In 1988, Who Framed Roger Rabbit? revolutionised filmmaking with its advances to cell-animation and live-action via motion-control cameras. Naturally, Roger would show up in three more theatrically-released short films in the tradition of the animated Maroon Cartoon Something’s Cooking that started the feature film.  These shorts also merged live-action near the end of each one, but my favorite gag takes place mid-way into this PG rated romp.  Flying out of control on a stomach-churning roller coaster, Baby Herman and Roger literally skid off the celluloid in the projector.  It’s a fantastic visual-joke unfortunately lost to the digital revolution.

Warner Bros. took home a Best Animated Feature Oscar for the musical computer-animated Happy Feet, probably because it’s bursting at the seams with heart.  George Miller (the Mad Max films) pulls out the best moves at the ending, in which live-action humans appear in time to correct their environmentally unfriendly ways.

This already decade-old Pixar masterpiece, is another great example of how a sudden jolt of real-world live action can bring an animated feature closer to home. When WALL•E shares his love for an old VHS copy of Hello Dolly! to his new friend EVE, the image on the monitor is just that.  Even the image is standard-definition 4:3 cropped nostalgia, not that it bothers the robot couple.

All of the pieces come together at the end of the hysterical brick-building adventure that is The LEGO Movie.  Nobody expected that emotional doozy of an ending though, in which Will Ferrell unleashes his inner-child in lieu of the stodgier President Business.  Admit it, you get a lump in your throat bigger than one of those weird LEGO trees.