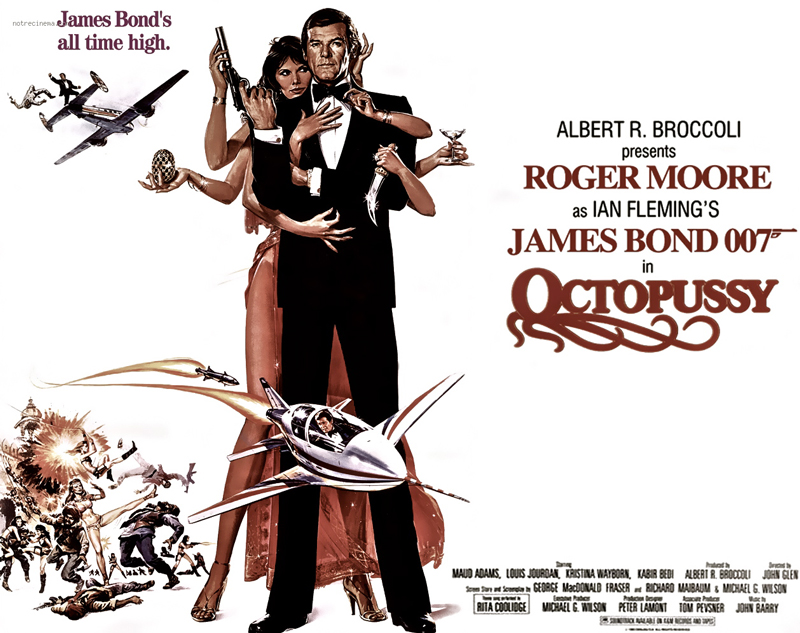 At the tail end of the 1981 James Bond film For Your Eyes Only, audiences were teased with the title for the next 007 movie—”James Bond Will Return in Octopussy.”

After our initial reflexive, latently adolescent giggles, we were all probably thinking the same thing: There’s no way the MPAA will let the producers get away with using that title. Right?

Since author Ian Fleming himself had long before used the title for a collection of James Bond short stories without too much literary outcry, the risqué moniker was permitted to be used for the movie. This circumnavigation of any controversy over the perceived indecency of the movie’s title is but one of the miraculous feats of the thirteenth Bond movie, which was released in theaters 35 years ago this month.

Octopussy is one of the more schizophrenic James Bond pictures, a mix of old-style 007 escapist globe-trotting fantasy and camp with a more serious and very timely real-world plot device (fanatical Russian general—Stephen Berkoff, mad as a hatter—wants to detonate a nuke on a foreign U.S. base to instigate a global disarmament that would allow his troops to take over the world). The atomic bomb plot somehow ties into a counterfeit jewelry scheme run by the mysterious leader of a female cult with a name that makes men titter (Octopussy is played by Maud Adams, the first actress to play two big parts in two different Bond movies). 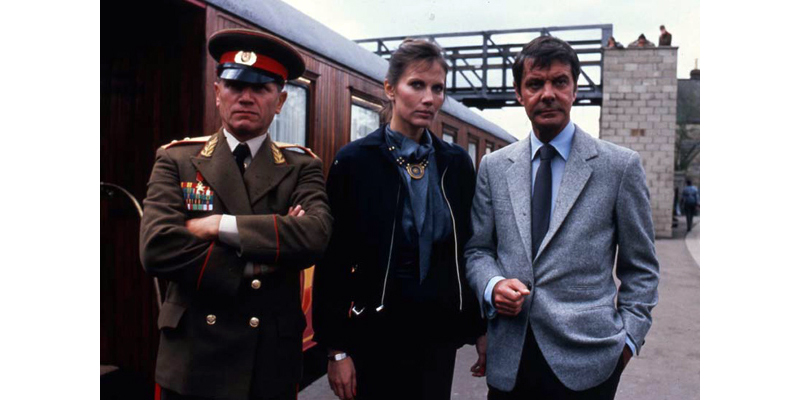 Add in one exiled Afghan prince (the slippery suave Louis Jourdan), his built-like-a-brick-wall Sikh henchman, the largest role yet for our man “Q,” Bond donning more disguises than ever before—including an alligator, a gorilla, and, most notoriously, a circus clown—and a certain little title creature that dispatches a bad guy most gruesomely, and you’ve got the makings of one of 007’s wildest rides. It’s unlike anything the 007 producers have given us before and yet it fits totally and comfortably within the tried and true 007 formula.

It very well could have been a complete train wreck. Beyond the superstition of it being the 13th movie in the series, 007 had quite an uphill battle with Octopussy.

Firstly, though the previous film For Your Eyes Only has since gained the respect of fans and critics for going back to basics, jettisoning the gizmos, and making Bond a flesh-and-blood character (as opposed to the comic book creation he resembled while in outer space having laser battles in Moonraker), the smaller-scale “soft reboot” aspects of For Your Eyes Only make the movie suffer in comparison to the grand scale ludicrosity of Moonraker.

Octopussy needed to be bigger and more Bondian.

Secondly, Octopussy made it to the silver screen first, but the whole planet knew Sean Connery was making his own renegade James Bond film (the Thunderball remake Never Say Never Again) and the movie-going world prepared for a showdown of 007s unlike any we had ever witnessed before. 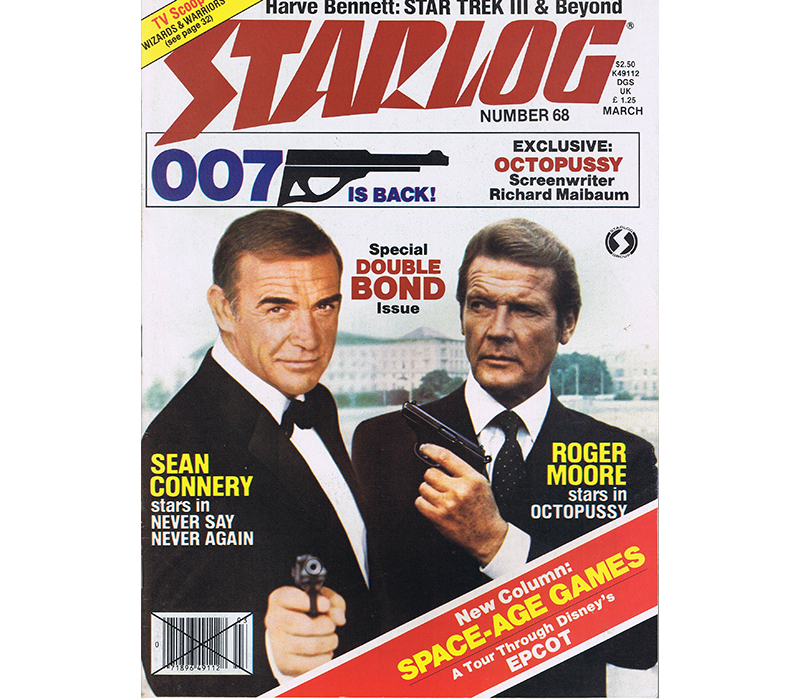 If these two reasons weren’t enough of a motivation for the producers EON to pull out all the stops for Octopussy, there was another factor that simply could not be ignored: the Indiana Jones effect. Octopussy is the first Bond movie that was conceived in the wake of Raiders of the Lost Ark, and there is a conscious effort on the part of the Bond producers to not only one-up previous 007 films, but also to compete with the increased quantity and heightened level of action sequences and stratified cliffhangers audiences were now accustomed to seeing in a grand-scale adventure. There is more action and more suspense in Octopussy than in the past few 007 flicks combined—there’s literally a cliffhanger where Bond saves Octopussy from falling off the edge of a tall cliff—and returning director John Glen handles the physical stunts and practical effects with aplomb.

Against all odds, and with a touch of the exotic, a bevy of alluring Bond Girls and background beauties, delightful gadgets, broad humor (maybe a bit too broad—we’re looking at you, Tarzan yell), and one of Roger Moore’s most assured and debonair turns as 007, Octopussy manages to succeed as rollicking popcorn escapist entertainment.

Formulaic, yes; a bit too convoluted for its own good, granted; but never ordinary, never dull, never complacent—merely the producers delivering two-plus-hours of what feels like the most vital element in the James Bond franchise that has allowed the 007 series to endure: FUN.