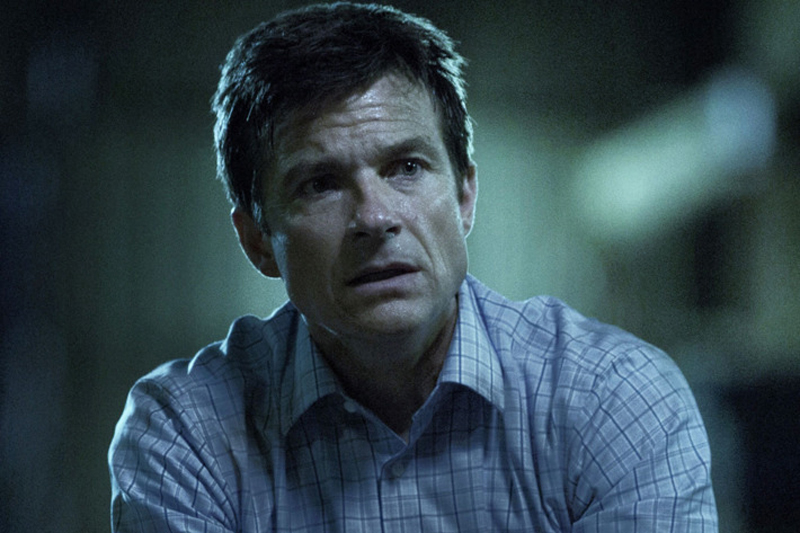 With the influx of literally dozens of networks, there’s never been a time with as much talent making interesting and often times, brilliant television.  While the networks and cable stations have long been the source of the most recognition, streaming has become a powerhouse of content, releasing such award worth shows as Stranger Things, The Crown, The Handmaid’s Tale, The Marvelous Mrs. Maisel, GLOW, Jessica Jones, Black Mirror, Bojack Horseman, and Mindhunter.

One of my favorite series of the year, most deserving of Emmy recognition is the Netflix series, Ozark.

Created by Bill Dubuque (The Accountant, The Judge), Ozark stars Jason Bateman as Marty Byrde, a financial planner who relocates his family from Chicago to the Ozarks summer resort community in Missouri to escape a drug lord, Del (Esai Morales), after a money-laundering scheme goes wrong.  Forced to pay off the substantial debt owed to Del in order to keep his family safe, Marty, his wife Wendy (Laura Linney) and their two kids find their once fractured family reconnecting under the most dire of circumstances from a situation which they have no control. 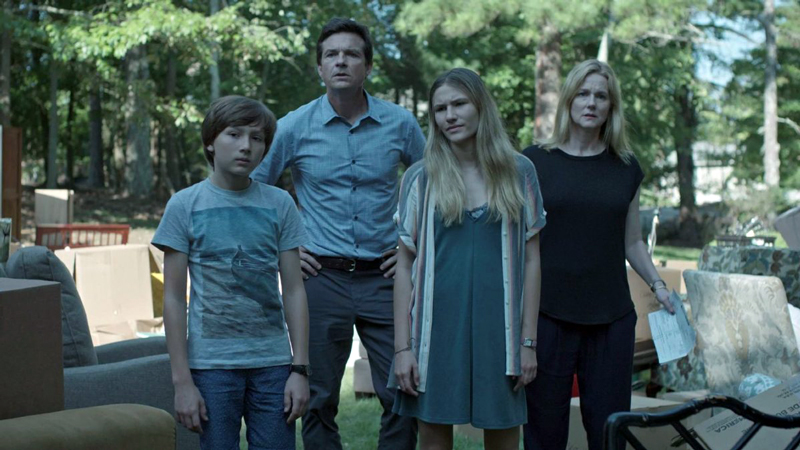 For almost four decades, Jason Bateman has been a fixture on television, starring on such series as It’s Your Move, Valerie/The Hogan Family, Silver Spoons and Arrested Development.  But it’s his work on Ozark that shows off his skills as an actor (and a director, helming four episodes of ten episodes of the first season).  Although his character is smug, his performance is nuanced, Marty is in full survival mode, trying to save himself and his family through a tense, emotionally charged situation.

The supporting cast also deserves major accolades, in particular Linney as Wendy Byrde, preserving her broken marriage for survival and revealing her own grifting skills.  Also fantastic is Julie Garner as Ruth Langmore, a trailer park criminal who finds herself closely tied to the Byrde family.

The early predictions say that Ozark has somewhere around the middle-of-the-pack odds to win. Bookies won’t have actual bets on the event yet but they do closer to September.

Definitely check this list before placing a bet on a betting site you can see who will have a variety of props listed. I’ve seen a few articles campaigning for Bateman to get the recognition he deserves. The dark horse element is pretty tempting but seeing what won last year, I’m not sure anything Ozark is the smartest bet to make.

Only ten episodes long, Ozark found an audience, but never became the obsession that it deserved to be. Hopefully, with Emmy nominated recognition the series will find the itself a larger audience for the upcoming second season.