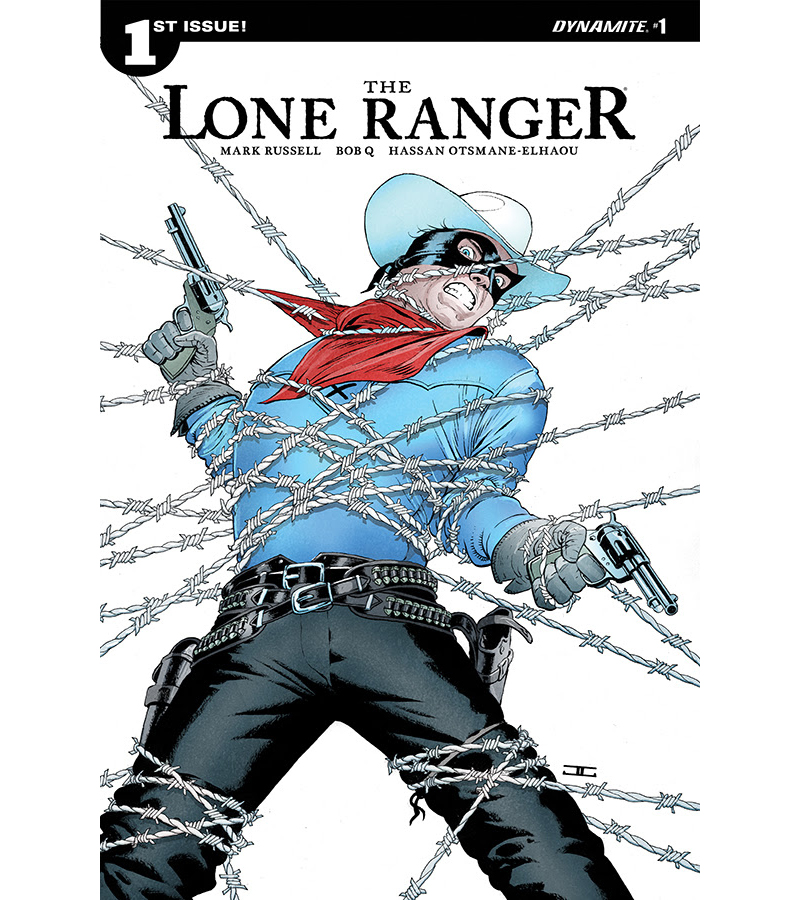 “The western is, like jazz, one of the truly great American art forms and I wanted to use it to tell America’s story,” remarked author Mark Russell. “About how we’ve used the West to mythologize ourselves, about how the West is at once the metaphor and reality for where we’ve come from and our struggle to control where this nation is heading.”

1883. The advent of barbed wire is creating havoc in the Texas panhandle. A corrupted state senator conspires with dirty ranchers to make land unnavigable for open rangers and native tribes, passing new laws allowing cattlemen to kill anyone caught cutting the wire. Good people are getting hurt, and The Lone Ranger must act. But to truly stop this rampant villainy, he’ll need to go all the way to the top, and rely on an old friend for help…

“Bob Q’s art on this series is fantastic and I think this series will remind people what they love about the Lone Ranger and Tonto while showing them sides of these characters they never thought they’d see,” added Russell.

“Mark is one of the freshest voices in comics and we are incredibly fortunate to have him on one of the most iconic characters in the world,” said Nick Barrucci, CEO and Publisher of Dynamite Entertainment “We’ve been publishing The Lone Ranger for the last decade, and he has a special place in our hearts and I couldn’t be more excited for the next volume of America’s great western hero.” 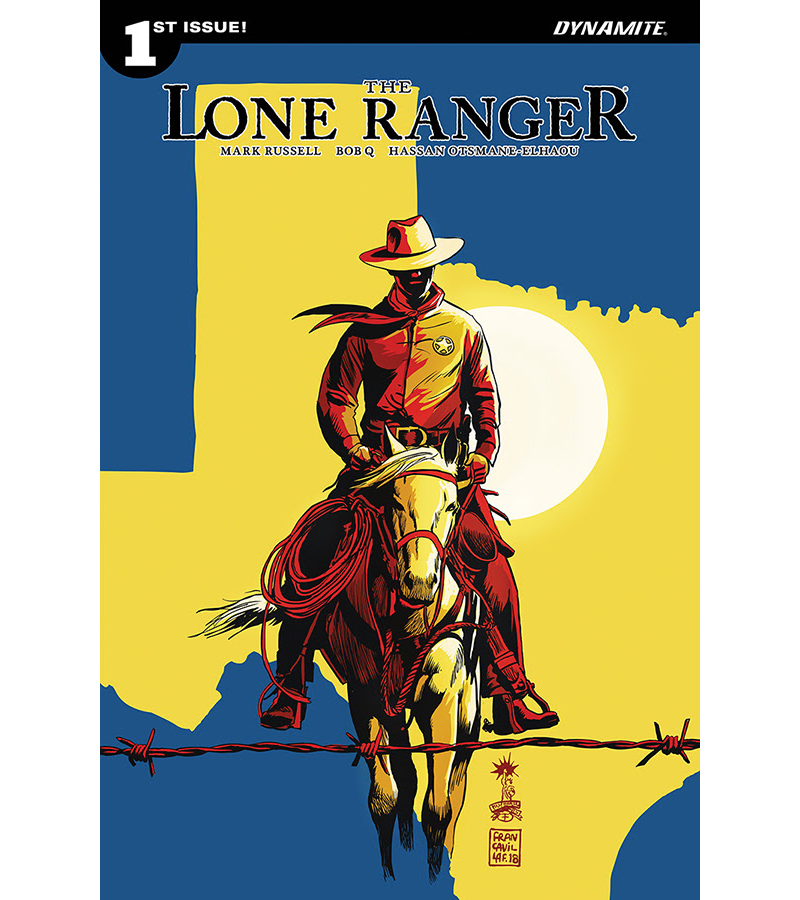 Since his radio debut in 1933, the masked Lone Ranger has endured as an icon of American culture. Dynamite first launched The Lone Ranger as a comic series in 2006, written by Brett Matthews and illustrated by Sergio Cariello.  Its #0 prelude issue was a part of that year’s nationwide Free Comic Book Day celebration, and the series would go on to score an Eisner Nomination for best new series in 2007. A second volume of The Lone Ranger followed, as did such miniseries as The Lone Ranger and Tonto and The Lone Ranger: Snake of Iron.

The debut issue of Lone Ranger #1 delivers a wide selection of cover variants, providing fans and retailers a chance to collect the whole set! The cover artwork features the talents of John Cassaday (Astonishing X-Men), Mike Allred (Madman), and Francesco Francavilla (Afterlife with Archie), respectively.  An Atlas Edition will also be available for fans wishing to have their issue signed by writer Mark Russell!

The Lone Ranger Volume 3 #1  will be solicited in Diamond Comic Distributors’ August 2018 Previews catalog, the premier source of merchandise for the comic book specialty market, and slated for release in October 2018.