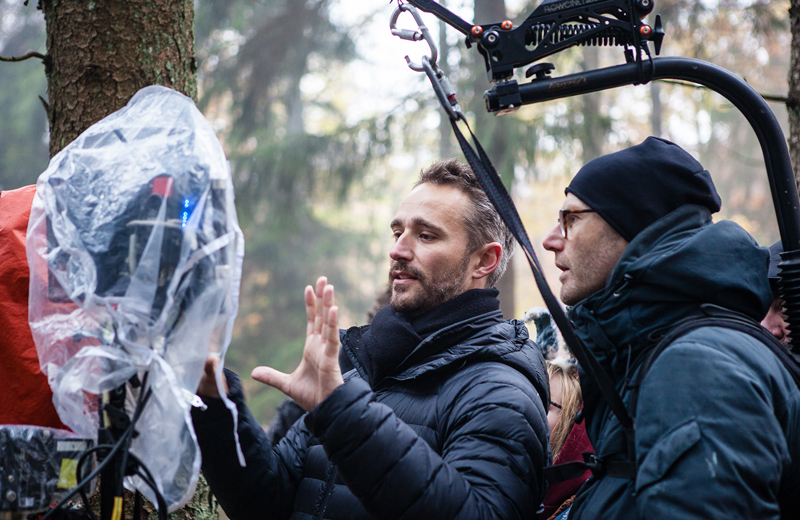 Anders Walter may not be a household name just yet, but the comic book artist-turned-director has already managed to impress with his directorial efforts, most recently with his feature length debut I Kill Giants. His knack for his secondary choice of visual medium first became clear when he was awarded the Academy Award for Live Action Short Film for 2013’s Helium.

Aside from being a solid, golden endorsement that helped Walter get his foot in the door to Tinseltown, the Oscar win for Helium also showed how skilled he was at working with children and conveying their perspective with a sincerity and depth that is seldom seen, but it is a perspective that is close to Walter’s heart.

Thus, when the script for I Kill Giants found its way to Walter after having been in development limbo for a number of years after Chris Columbus picked it up, Walter immediately fell in love with the characters and themes of Joe Kelly’s adaptation of his own graphic novel of the same name.

“Choosing a script is not a cynical decision about which film to make, but you have to choose carefully, simply because it is nearly impossible to actually get to make a film with all the practical aspects that have to come together, especially when all you’ve made are short films in Danish. Objectively, considering the subject matter of Helium, picking I Kill Giants made sense from a business point of view because people recognized that I knew how to handle these themes and how to direct children. On top of that, out of all the scripts I’d received after winning the Oscar for Helium, I Kill Giants was the one that really spoke to me. The other scripts were well-written and interesting, but I Kill Giants was the one that truly resonated with me, probably because it centers around themes I enjoy working with.”

Both his inherent talent as well as the carefulness of the director’s considerations in choosing his first feature length project are evident throughout I Kill Giants, as the film feels both meticulous as well as organic in terms of its tone, pace and performances. This is not least thanks to leading lady Madison Wolfe, a then 14-year-old powerhouse who was selected from the 700 girls who auditioned for the role of Barbara Thorson. 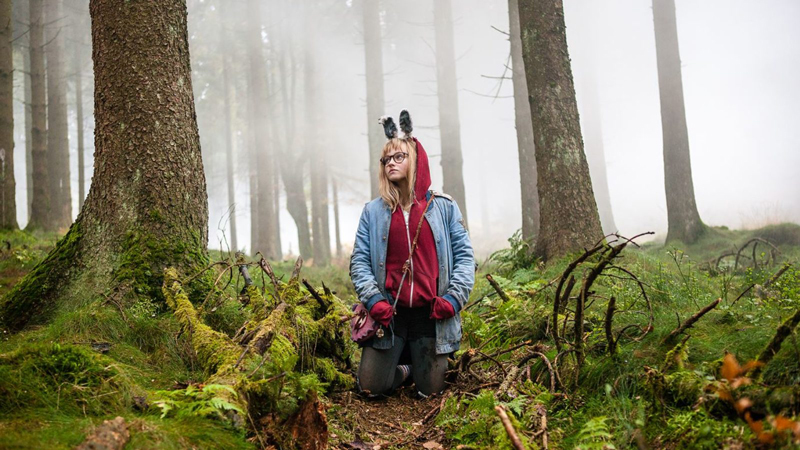 “Madison was incredible; she showed up being very well-prepared, having made many considerations about how to go about not only individual scenes, but also the progression of the story as a whole, so that’s almost like working with an adult. That being said, people that young are better at trusting their instincts instead of overthinking things the way adults tend to do, and you see that with acting in particular; some adults may want to discuss a scene very thoroughly before shooting, whereas kids just go with their gut. Personally, I always let my actors do what they want to do first, regardless of whether they’re kids or grownups, simply because I’m worried I could lose something unique in the way they have interpreted a character or scene that could never have been verbalized in terms of me giving the talent direction. And then with someone like Madison in particular, she’d usually nail it in the first take, so even if we then tried to do a scene in a few different ways, it’d usually just come back to her initial interpretation because her intuition in terms of her craft is simply just that good.”

While Walter has made a healthy habit of emphasizing intuition on the set and trusting his cast and crew in an effort to optimize the collaborative nature of his projects to capture the most genuine results possible, when he initially became attached to I Kill Giants, he had made plenty of considerations as to how to approach the story in a cinematically satisfying manner.

“I had lots of notes when I got attached to the project because it took a total of eight years for this film to come to fruition, and I was only attached for the final three years, as Chris Columbus had originally wanted to direct it himself. Lots of things had obviously happened over the course of those five years before I became attached, but the main thing that I was concerned about was retaining the mystery of what exactly is going on. The graphic novel is much more straightforward about what is actually going on, but I deliberately wanted to maintain a high level of ambiguity to pack as much of a narrative punch as possible once the true nature of the story is revealed to the viewer.” 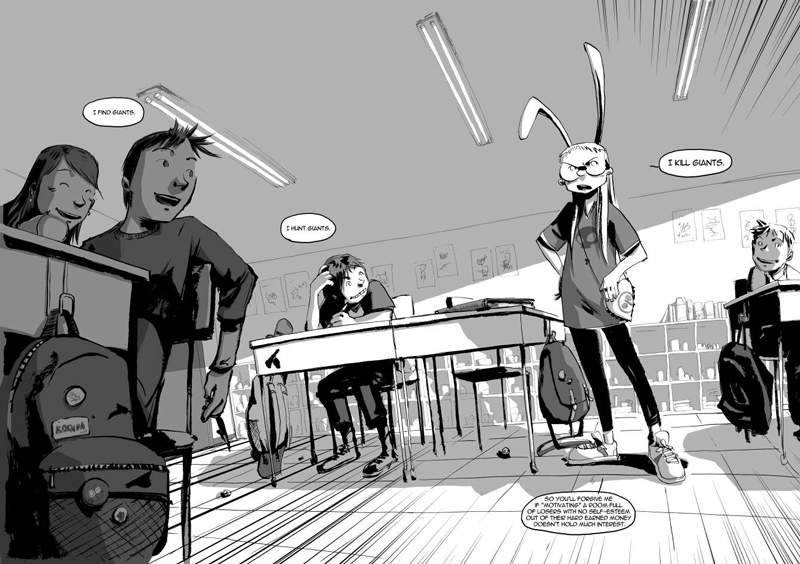 The most significant alteration Walter made to Kelly’s script was eliminating a substantial amount of the fantasy elements featured in the original script, resulting in the 140-page script he was originally presented with having been chopped down to 89 pages by the time filming began.

“I received the script and read it and liked that for what it was, and in spite of having had a career as a comic book artist myself, I wasn’t familiar with this graphic novel. That meant I got hit with that sucker punch of the truth about what’s actually going on from reading that script because I didn’t know the source material, but how do I convey that to the uninitiated viewer? Keeping that in mind while you’re shooting is a challenge because you constantly need to go back and check if you’re conveying it the way it should be conveyed.”

Anyone who has seen I Kill Giants will know exactly which narrative punches Walter is referring to, as the sense of mystery is expertly maintained for the vast majority of the film’s runtime. The unusual emotional depth of the themes and the eccentricity of the narrative style have led many to draw comparisons between I Kill Giants and J.A. Bayona’s A Monster Calls.

“I have deliberately avoided watching A Monster Calls for obvious reasons, and if I had any say in the matter, I would’ve preferred if there had been a 10 year gap between A Monster Calls and I Kill Giants. Fortunately, I Kill Giants has been well-received by the press, and we’ve had some great reviews from some of the bigger newspapers such at The New York Times, who didn’t put any emphasis on the similarities between the two movies and instead appeared to have reviewed it based on its individual merit, which has resulted in much more positive reviews. Then there’s those who make a direct comparison, not because they think our movie is bad, but because they feel there’s certain thematic parallels, and then there’s those who directly compare the two and then share which one they prefer. I can’t do anything about that. The funny thing is that Joe Kelly’s graphic novel precedes Siobhan Dowd’s book by a number of years, so it’s simply just bad timing!”

Another concern for filmmakers and moviegoers alike is the dreaded deliberate misdirection that modern movie marketing is continuously accused of. Being the definition of a Catch-22, the audience will complain that they were promised a different a product, and the filmmakers often feel equally frustrated about their work not being accurately marketed for the intended target audience. With the film’s title and producer Chris Columbus’ work on more unambiguous fantasy-filled children’s movies such as the early entries in the Harry Potter franchise, it is easy to see how the marketing campaign materialized into what it eventually became, even if it does I Kill Giants a great disservice.

“What really sold me on the story was the character of Barbara, that’s what drew me in. And then I think it’s wonderful that this world of giants is utilized to tell her story because it’s not only amazingly visual, it’s also brimming with symbolism that helps to tell a nuanced story, but for me it’s a character-driven drama that’s all about Barbara. As such, you could also argue that the marketing campaign has probably put too much emphasis on the element of the giants, so some audiences will likely feel like they’ve been mis-sold what this is about because it is a quiet film, it’s slow and smooth. It’s not devoid of action elements, but it’s first and foremost about the characters and exploring their emotional lives.”

Despite the potential issues the marketing campaign may have caused in terms of misdirecting moviegoers, I Kill Giants is an unusual piece of young adult cinema, conveying a depth of emotion and a sense of sincerity that is sorely lacking in films aimed at this age group. 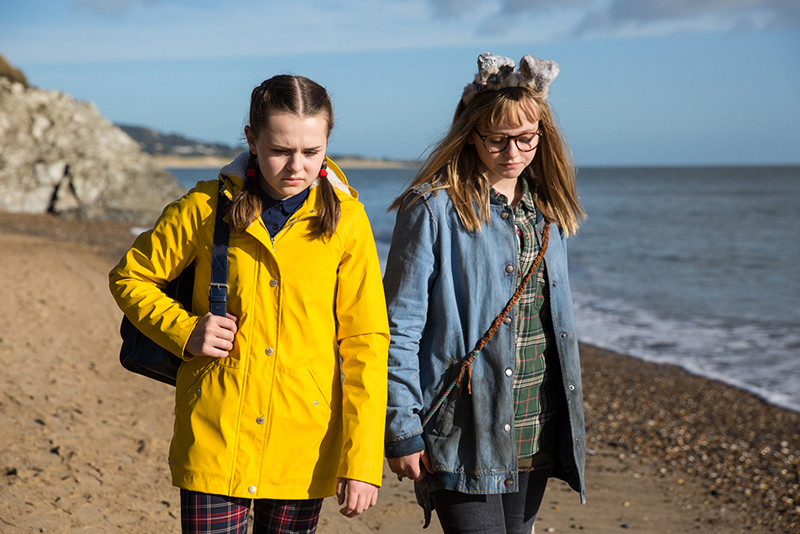 “I hope that a lot of young people – young girls in particular – will find that here’s a character that they can connect with that represents a quirky and different personality type because Barbara is definitely an oddball, but she owns who she is entirely; whether it’s her eclectic style or her belief in these giants, she is completely unwavering in her conviction of who she is and what she’s doing. I think it’s fantastic to have such a young character that’s so different and is so confident about her obscure interests. Other than that, I wanted to convey that it’s through our connections and interactions with others that we process difficult life events and begin to heal, because reconnecting with other people is an essential part of Barbara’s journey, whether it’s her family, the school therapist or just other people in general. Hopefully, this movie can inspire someone who’s going through a hard time to believe in themselves, because we really are stronger than we think, even though we may feel otherwise when life really puts us to the test.”

In terms of future projects, Walter already has plenty of things lined up, showing that much like his films, he is both an ambitious as well as a sincere individual who thrives on nurturing continuous creative collaborations. This has resulted in Walter and Joe Kelly joining forces for another project.

“Joe quite liked another one of my short films, namely one called 9 Meters, which is about a boy who jumps from rooftop to rooftop in order to wake his mom from the coma she’s in, so we’re currently trying to get the financing sorted in order to be able to scale that story up into a feature length film. Additionally, I’m also trying to finance a project together with Michael Fassbender’s production company, and I’m obviously also keeping an eye on anything else interesting that may come my way in terms of large scale American productions.”

As busy as the Danish director already is, there is, however, still room for Walter to lament being unable to persuade the Danish Film Institute to fund a Danish-Australian feature about architect Jørn Utzon and the creation of the Sydney Opera House. While he has not given up on eventually getting to make the Utzon biopic, there is, however, another passion project the motivated Dane has unfortunately missed out on for good.

“I really, really wanted to do Akira! I was a comic book artist for many years – I’ve only been directing for about five years – so I’ve been pitching to get to direct the live action version these past six months, but it went to Taika Waititi. Don’t get me wrong, I love Taika Waititi, but he’s such a humourist at heart, so I’m really intrigued to see what he’ll do with something as profoundly dark as Akira.” 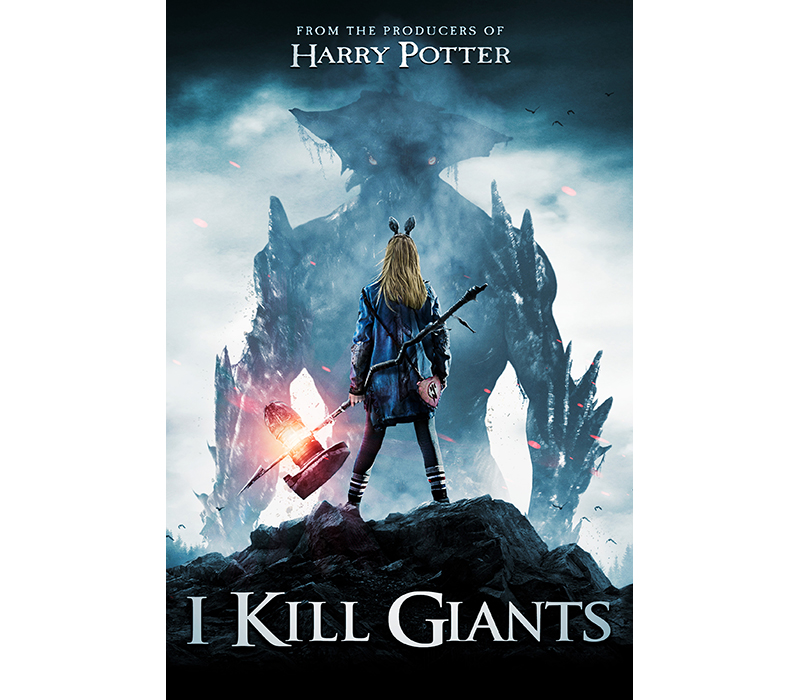