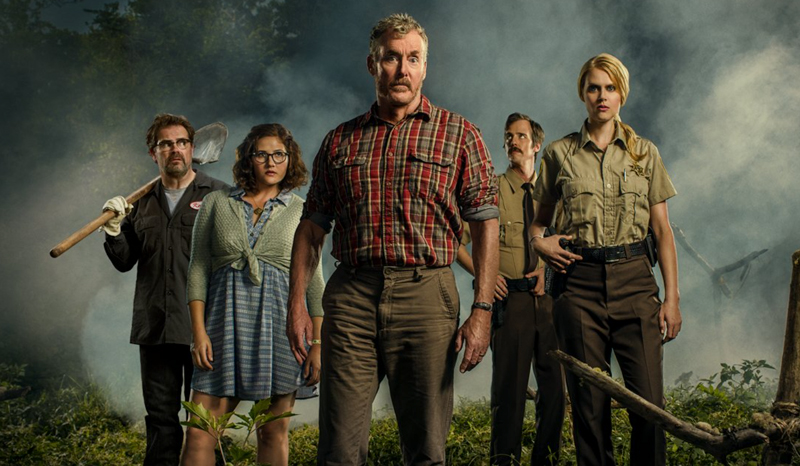 For a third year, cranky curmudgeon lawman Stan Miller (John C. McGinley) returns to fight the forces of evil in a small New Hampshire town in the IFC gory laffer Stan Against Evil.

Created by funnyman Dana Gould, the show carries on the torch first lit by the likes of Evil Dead and Young Frankenstein, adding another property to the growing list of horror comedies.

At San Diego Comic-Con, Gould chatted about the upcoming third season and what to expect from the quirky comedy.

“I loved the first season of the show. And I think the second season is better than the first season. And I think the third season is better than the second season. I learn a little more every year. As the show gets established with viewers, it allows you to go beyond the boundaries a little bit because people know what they are getting,” said Gould. 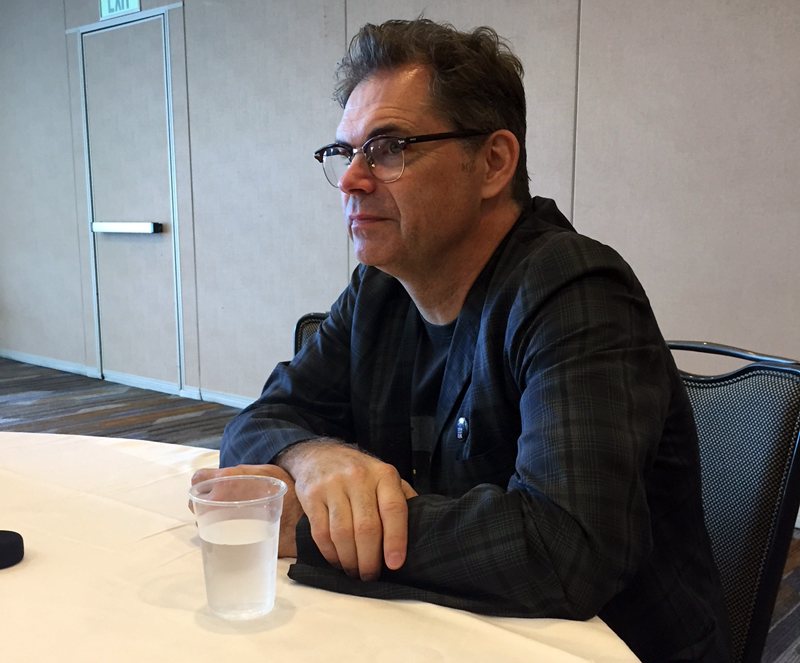 “I ended season two with the portal of hell being opened on Earth. So had to solve that problem, which we do. The theme of the show is like the theme of reality: Sometimes to solve a problem you end up in bigger trouble. If you solve one problem, you open up a door to another problem. Thus is life.”

“But this season we also get to do some straight out homage episodes. We have one episode that is an homage to The X-Files. We have the New Hampshire Department of Paranormal Phenomenon, who sends out a couple of agents. We have an homage to Kolchak: The Night Stalker. We have a Godzilla episode with Mothra fairies. I got to stretch my fanboy muscles.”

“But the whole season is built on the arc in the way the original problem of how the portal to hell is resolved.”

Gould’s glee in writing for his famdom was something he wanted to do for a while, but had to wait until the third season before he could unleash his geeky tendencies on the IFC audience. 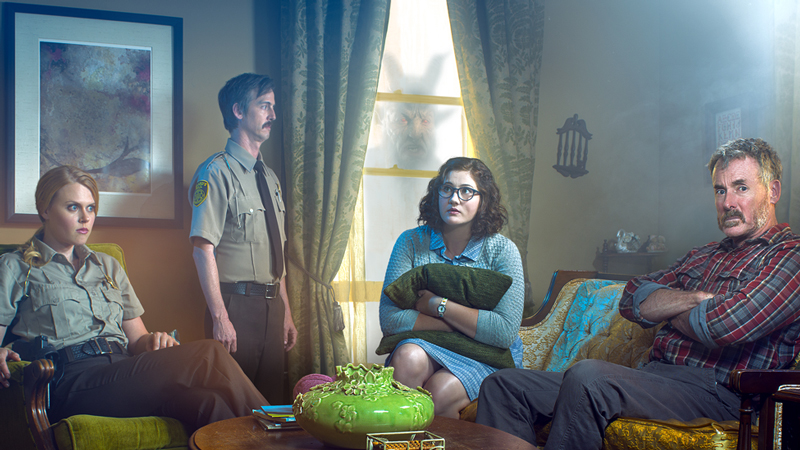 “The audience doesn’t trust you. Not everyone in the audience is going to get the Night Stalker or the Mothra fairy reference. If you don’t get it, it’s not crucial. I learned that from The Simpsons.”

“You don’t need to see The X-Files to enjoy The X-FIles episode. But if you don’t know what a Godzilla movie is, I can’t help you.”

In writing for the show, Gould found a balance for writing the monster of the week and overall arc of the story.

“It’s a lot like X-Files in how the show is designed. I have an overall season arc that the season is based on. And usually that is served by half of the story. And in the middle you can do monster of the week episodes, but you bring up the general arc just to keep it alive.” 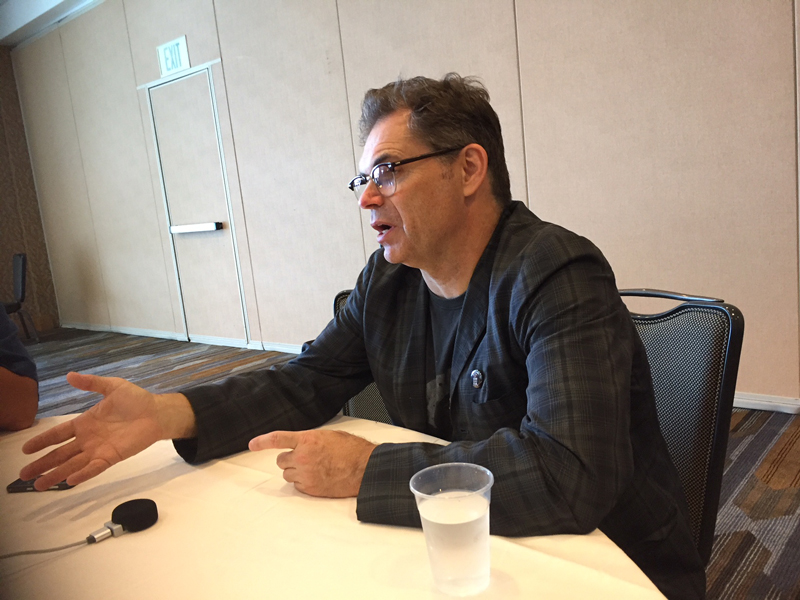 “I have some real talent in the writers’ room. I come up with the arc of the series, and then I bring in about five people write the other scripts.”

“Ryan Murphy and Guy Busick are a team. Jessica Conrad usually ends up writing the season finale and one other episode. This year, my friend Mike Mendez, who is a director, we were just talking about a short movie idea he had about evil puppets. It was going to be part of an anthology but the financing fell apart. So I said, ‘I’ll buy it. Can you write it for Stan Against Evil?’

“Anyplace I can find a story, I’ll happily take it. It’s our own little Meet the Feebles.”

“This year, Rob Cohen came in and directed the season. We have been very close since we shared an office on The Ben Stiller Show. And we have done of things together. He is a director now, but he started off as a writer and my closest friend in the world.”

With the key players in place behind the scenes, the story and the characters begin to jump from the small screen, beginning with Stan (John C. McGinley).

“The stories usually revolve around Stan having a terrible idea and the way it affects everyone. He’s just a guy looking for a little peace, and he’s never going to find it. It’s how that refracts in the world around him. “

“In this season, we basically defeated Hitler by aligning with Stalin. And now we have to deal with Stalin. “

As for the new season, get ready for a few familiar faces.

“We brought back the Black Hat Society of last season and the character of Gerard Duquette (Emmett Hunter), who is the voodoo priest, has a very big role this season. And of course Kevin the Gravedigger, the most important small character,” jokes Gould.

“Basically, at this point, I’m a utility player. I’m like grout. I come into a scene that needs to be fixed over and I cast myself because I’m there.”

“The whole point of the show — and it’s a selfish point of view — is that it’s fun. It’s fun to write. It’s a lot of work but really fun to do. I love it. If I didn’t make the show, I would watch the show.” 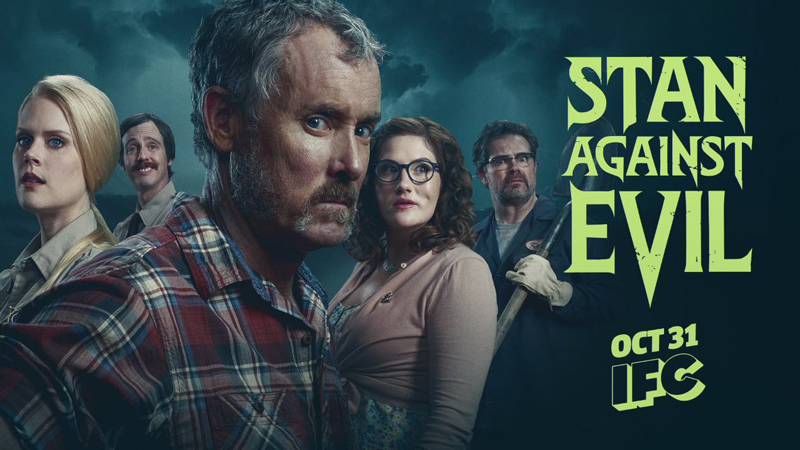 The new season of Stan Against Evil premieres this Halloween on IFC.