Every existing art form is subjective and is the result of a variety of perspectives. Whether you consider them art or not, video games rely heavily on one specific kind of perspective, namely their dimension.

Don’t worry I’m not about to get all super string theory on you, I’m sure an alternate version of myself is doing exactly that in another universe. Nor am I concerned with measurements or their mathematical bases, after all I’m no architect or mathematician (except in one of those infinite universes where I am, of course).

What I mean by dimension in the case of video games is the physical space in which gameplay takes place, the environment and the camera angle. Lines, planes and cubes form the basis of these various dimensions but I’d really rather not discuss physics, vectors or geometry at great length, so let’s ground them in gaming terminology.

Where you are sitting as the player camera placement is key. Is it fixed or moving? Does it shift or change? A video game’s relation to movement and the space that gamers occupy mean that these dimensions can be broken down even further into directions that we can move. 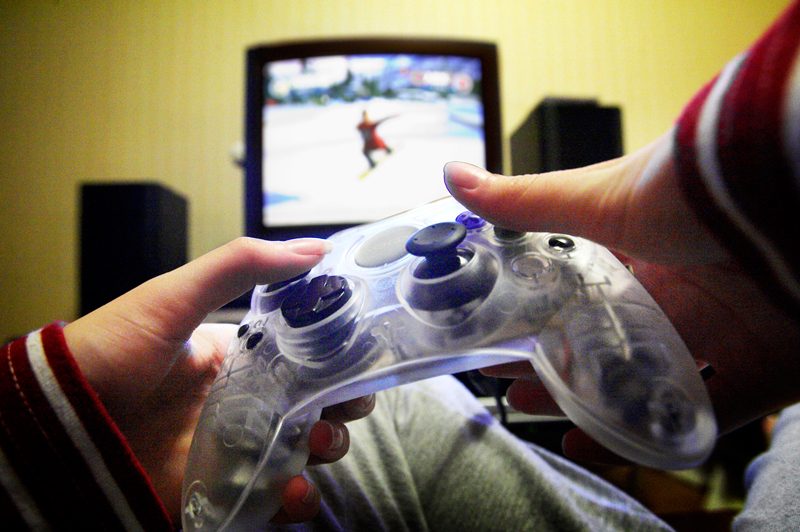 There’s up/down, left/right and forward/backward. It used to be the case that a game was either one of these. Whereas now, games utilise all three of these directions. This began when gamers were afforded the ability to control camera movements and the POV of a protagonists. This is when analogue sticks became a permanent feature on games controllers. No longer could you just move from one side of the screen to the other or simply move forward, now you could look around you, move your perspective and explore more than a 2D matte background.

For example in Final Fantasy VII, during the opening scene, a train arrives in the station and the characters leap off and quickly take care of some soldiers. This transitions from CGI cut-scene to a static rendered background with 3D model characters running through the image. At the time this was all very immersive and seamless but it’s quite apparent that the quality of the image and detail between the world and the people in it, is massively different.

But I’m getting ahead of myself. The earliest forms of painting were 2D, so it’s no surprise that early video games followed that same pattern until they too developed. As someone who enjoys both art history and games, I like to think of The Bayeux Tapestry as an early form of non-interactive side scroller.

There are several genres within this camera angle style but the limitation of the technology meant only certain titles could be created; my favourite being Sonic the Hedgehog 2. Then came the later resurgence of 2D in the form of indie games in the mid 2000s, such as Limbo; again, an example of technology evolving beyond the need for this format but realising that it still holds a great deal of potential.

But while static or moving backgrounds are fairly commonplace in real-life, top down games have a unique perspective that we rarely experience: the birds eye view. There are two slight variations of this dimension, one is straight down such as Micro Machines or the earlier games in the Grand Theft Auto series and the other is top down but at a slight titled angle, this is often the viewpoint in RPGs and real time strategy games such as Command & Conquer.

One other view that has adapted over the years is the idea of a sports camera, this mostly applies to football/soccer games. These games were traditionally top-down, look at Italia 90 (still my absolute favourite football game by the way) or even Pong. 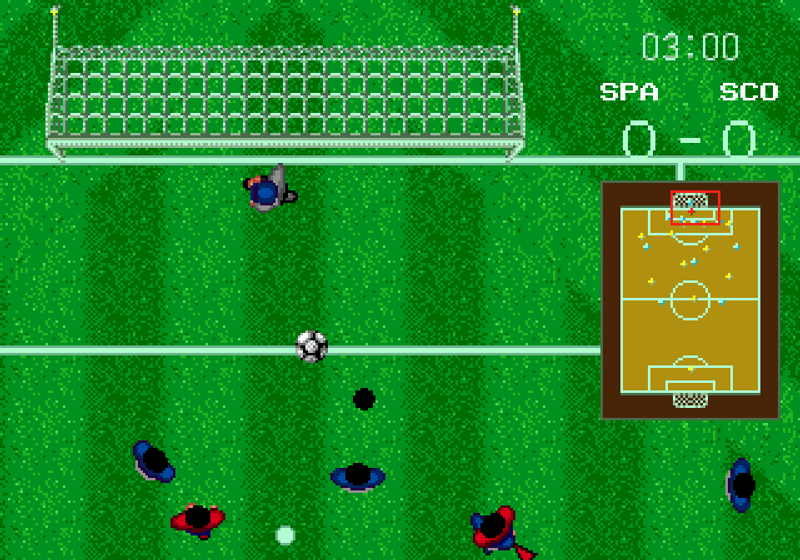 However, the camera angles and dimensions explored in sports titles today has evolved to replicate the angles that we see during sports games on TV. Which is odd as I’ve often wondered why sports games have developed this way, surely it would be interesting to play a football game in the 1st or 3rd person viewpoint? It’s likely the team-play aspect is paramount over the immersion of playing as a single player on the pitch.

There’s also the fixed camera runners, usually found in racing games, where the background would move and you very quickly had to adapt and shift your character or car left and right avoiding obstacles, for example F-Zero X and Super Hang-on which I used to play for hours and never tired of the repetitive backgrounds that rushed by.

Something that could be considered a bit of a hybrid is the fixed voyeur style camera; think trying to navigate a haunted mansion in Resident Evil. The camera is fixed but you are navigating your 3D character through the 2D matte-painted environment. Between screens there is a line that you cannot see beyond and the camera cuts away to offer a better vantage point but in doing so can be utilised to create amazing tension. 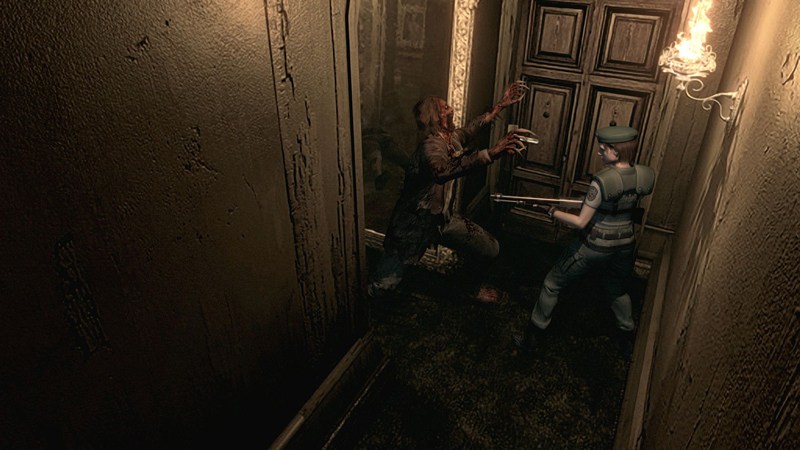 Survival horror games have long sought to employ this fixed camera perspective in order to unnerve players and Silent Hill essentially has the same camera model as Resident Evil, except the fixed camera would occasionally move and track our character, purposefully freaking us out every time it shifted.

When games became predominantly 3D, players had to get used to two types of controls. No longer was the direction on the left and the action buttons on the right. 3D games meant you had to navigate both your character and the camera (or their head/POV). This is what led to the complete redesign of gaming controllers. PC gamers had an advantage with mouse and keyboard controls and had long been used to this but console controllers had to introduce analogue sticks to accommodate this evolution.

In terms of where we are going next, who knows?

This is less a quest for realism or immersion and more for a replication of how we perceive the world.

One could argue virtual reality is the key but is that any different from the movable camera in something like Skyrim?

No, I believe whatever change comes next will be something more organic and chaotic.

What will it look like? I couldn’t say but I have no doubt it will be disorientating at first but then extremely exciting and open up a world of possibilities.