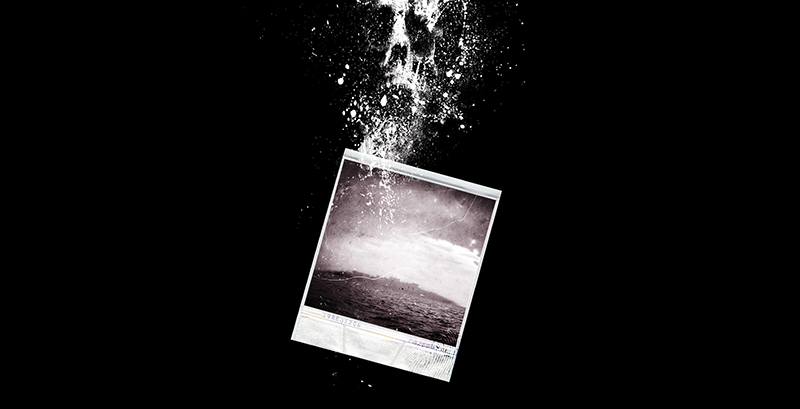 Psychological terror, the undead, and a supernaturally bitter cold come together in the spine-tingling new series, Cold Spots.

Ten years ago, Dan Kerr turned his back on his wife and unborn daughter. Now, both mother and child have gone missing, and Dan must face cosmic terrors to find them again. He soon finds that ghosts stir when his estranged daughter is near. And as the dead grow restless, the cold deepens…

I had the opportunity to speak with writer Cullen Bunn (Regression, Harrow County) and Mark Torres (Zombies vs. Robots: Undercity) about their new series, their thoughts on the supernatural and the appeal of the horror genre.

FOG!: Cullen, what was the genesis of Cold Spots?

CULLEN BUNN: Cold Spots comes from a number of places, I guess. It comes from a love of ghost stories, from a fascination with paranormal activity. It comes from the legends of “cold spots” that manifest in the presence of spirits. It comes from that bone-deep cold you feel on the deepest days of winter. It comes from somewhere deep in crumbling old houses that have started to give way to decay and salty sea air. And it comes from a fear of failing (and failing horribly) as a father.

FOG!: Mark, how did you get involved in the project?

MARK TORRES: A few years back, I was tapped by the good folks at Oni Press to possibly work with Cullen on a very exciting, unique project called Hellbreak (was already enjoying his fantastic The Sixth Gun series then..so I really wanted to snag the gig).

Unfortunately, it seemed it wasn’t our time yet..but we’ve kept in touch steadily. Until one day, Cullen approached me with some ideas, and one of them was Cold Spots. Instantly fell in love with even just the pitch, and we were a go from there.

FOG!: The first issue does a great job getting under your skin. Do you believe in the supernatural, and ghosts in particular?

CULLEN: I’m one of those people who both wants to believe and who looks for “rational explanations” for strange happenings. I believe the world is a strange place. I believe that life is a kind of energy, and energy cannot be destroyed. It only changes form.

MARK: I do believe in the supernatural, and have personally experienced its manifestations in my life. Have yet to see ghosts, though. 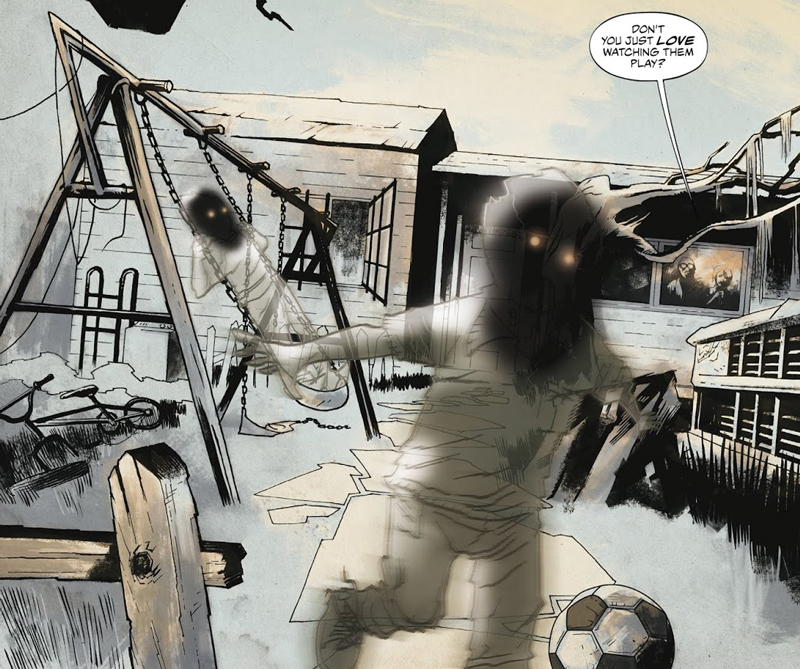 FOG!: What about the horror genre appeals to you?

CULLEN: There are a couple of answers to that question. First of all, I just enjoy a good scare. I love scary books, comics, and movies. I still go to several haunted houses every Halloween and let freaks in rubber masks jump at me from the shadows. I’m entertained by horror, and so I hope readers will be entertained by my brand of it, too.

Also, as much as horror is a genre of bleak endings and dismal fates, I also think it is a very hopeful genre. I mean, here we have heroes facing impossible odds but still striving for survival. Even if they fail, they tried to succeed. That makes me feel like I have some control over my own fate.

MARK: I have a long-running romance with it, sparked by consuming all those glorious 80s horror films. It’s a genre that has multiple layers, so it never gets boring. The mythologies built ages ago continue to endure and are more enriched by writers, artists, film-makers, etc. every time. It’s so powerful in its many capacities that it can alter how you perceive places, things, and especially, people. Not many genres or artforms can produce such palpable, instantaneous, and most of the time, life-changing effects.

FOG!: Cullen, when creating an original series, how far ahead do you plan with your initial pitch? Do you know how the series will end?

CULLEN: These days, I approach every book as a miniseries with potential. Every book IS a miniseries unless people buy it! With Cold Spots, I planned an initial 5-issue story, but really that is just an introduction to a much bigger story that I have in mind. I know how things end in the long run, but the signposts along the way haven’t been painted yet.

FOG!: Who or what have been your biggest influences while working on Cold Spots?

MARK: Music. I’ve avoided consuming ghost-related materials as I didn’t want any subconscious influences, or comparisons, to the work Cullen and I are producing. I’ve always had music as a trusted friend not only in creating art…sets my mind, body, and soul to the right frequencies. For Cold Spots, A Perfect Circle, Tool, Deftones, and various Ambient-Shoegaze-PostRock, were on the regular.

CULLEN: I think my influences for this book include a lot of Lovecraft and Shirley Jackson. The Haunting of Hill House is a masterclass on eerie and unsettling moods, and I want Cold Spots to unsettle readers in the same way. 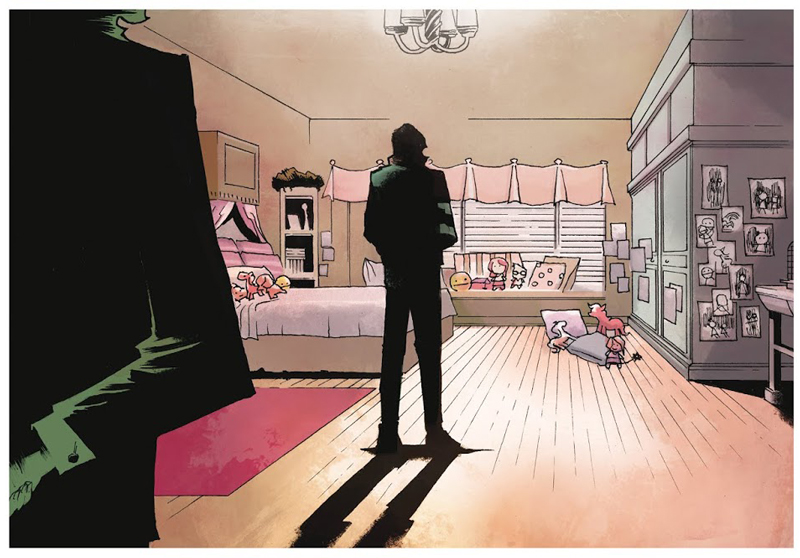 FOG!: What are you currently geeking out over?

MARK: More in the lines of DIY music production…which I’ve put to good use composing an OST for Cold Spots, as well as a solo EP that’s been itching to be released for a while now.

CULLEN: I’ve recently really gotten into Delta Green, the role-playing game. It’s from Arc Dream Publishing, but was previously published by Pagan Publishing, which I’ve been following since the 90s. I haven’t really looked at gaming sourcebooks for a while, but these are just full of terrific ideas. I’m actually putting a gaming group together! 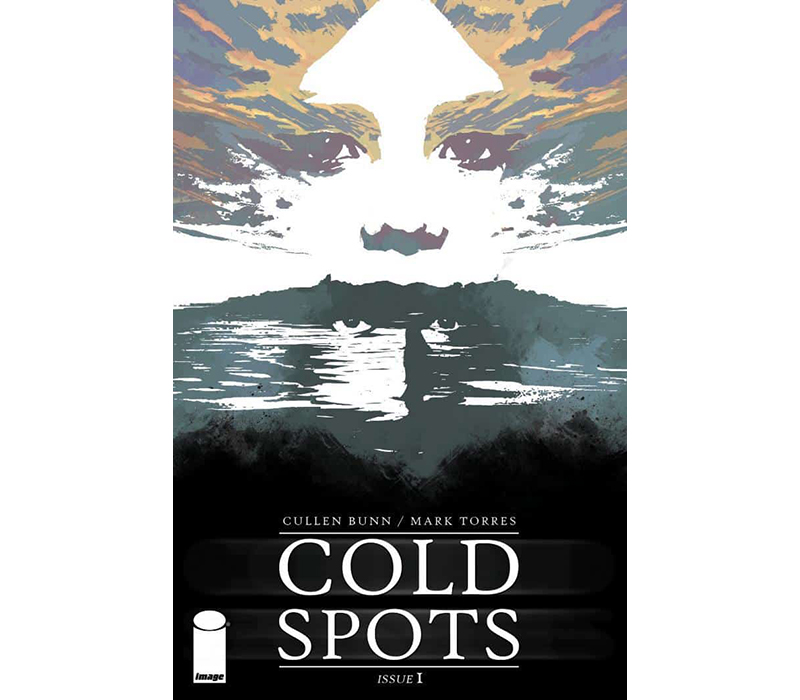 Cold Spots #1 is now available in stores and via digital