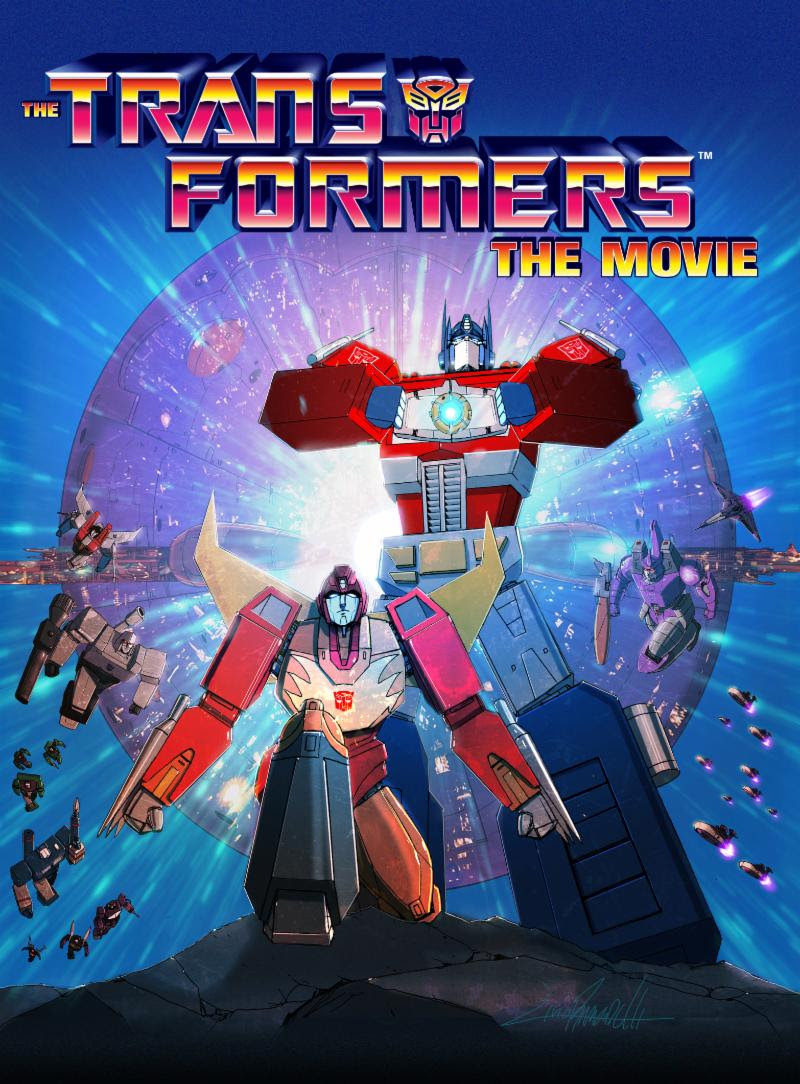 Brace yourself to relive the excitement and nostalgia of the thrilling action battles between the AUTOBOTS and the DECEPTICONS from the 1986 TRANSFORMERS movie on the silver screen! The world-renowned animated feature film THE TRANSFORMERS: THE MOVIE hits cinemas nationwide for a special one-night event on Thursday, September 27 at 7:00 p.m. local time. The film has been meticulously remastered, restored from the original film elements, and transferred in HD.

THE TRANSFORMERS (1986) MOVIE EVENT will catapult audiences into the super-charged, action-packed TRANSFORMERS universe, and enables lifelong fans to relive the excitement and awe of this 1986 animated feature, just months before BUMBLEBEE, the new live-action feature film set in the year 1987, hits theatres everywhere in December 2018.

This special event is a collaboration between Fathom Events, Hasbro Studios and Shout! Factory, and it will also provide moviegoers with a sneak peek behind the making of the BUMBLEBEE feature film, and a brand-new interview with singer-songwriter Stan Bush including recent performances of the theme songs “The Touch” and “Dare.” Moviegoers will be able to enjoy the film in approximately 500 select U.S. movie theatres. A complete list of theater locations will be available at Fathomevents.com.

THE TRANSFORMERS: THE MOVIE has captured a special place in the hearts of millions and has been a staple in the pop culture zeitgeist since 1986. Featuring memorable characters from the heroic AUTOBOTS and villainous DECEPTICONS, and thrilling action and a heartfelt storyline, THE TRANSFORMERS: THE MOVIE is a cultural touchstone that spans generations. Beloved by legions of fans, this full-length animated adventure boasts the voice talent of Orson Welles in his final voice acting role and an all-star voice cast that includes Peter Cullen, Eric Idle, Casey Kasem, Judd Nelson, Leonard Nimoy, Robert Stack and Frank Welker.

Tickets for THE TRANSFORMERS (1986) MOVIE EVENT will go on sale on Friday, August 3rd and can be purchased online or at participating movie theater box offices.

The AUTOBOTS, led by the heroic OPTIMUS PRIME, prepare to make a daring attempt to retake their planet from the evil forces of MEGATRON and the DECEPTICONS. Unknown to both sides, a menacing force is heading their way – UNICRON. The only hope of stopping UNICRON lies within the Matrix of Leadership and the AUTOBOT who can rise up and use its power to light their darkest hour. Will the AUTOBOTS be able to save their native planet from destruction or will the DECEPTICONS reign supreme?

For more details or to purchase tickets, click HERE!