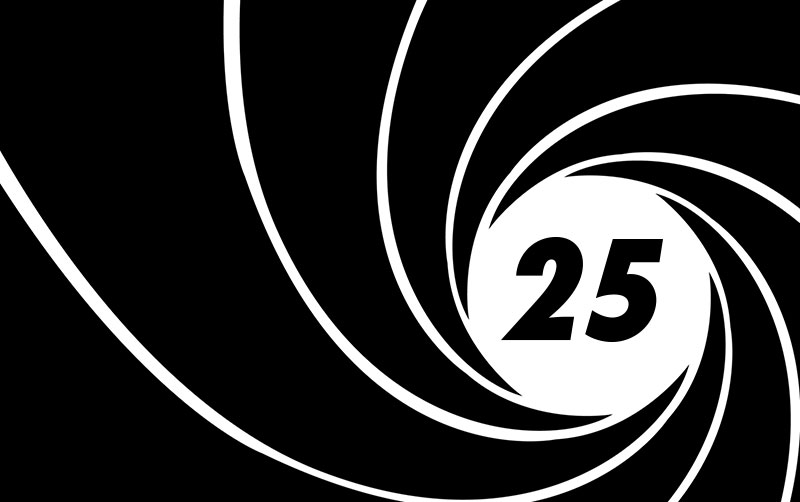 So, Daniel Craig will indeed be back for his fifth mission as 007, but the James Bond movie that was to be directed by Danny Boyle and written by his frequent collaborator John Hodge will never happen. The idea of a Boyle Bond will no doubt live on in the realm of fan speculation—joining the never-produced third Timothy Dalton film and an unrealized second outing for George Lazenby as a giant and enticing what if? for fans to ponder over for infinity.

Just a few months ago, Bond fans were pleasantly stunned when EON announced they were shelving an idea for Bond 25 already drafted by veteran Bond screenwriter duo Neal Purvis and Robert Wade and instead switching tracks to produce a bold alternate concept for Bond 25, based on what surely must’ve been a sensational pitch by Boyle and Hodge.

Very few details of the Boyle/Hodge idea have been made public. Even less has been said about their sudden rift with the Bond producers, other than the blanket statement that Boyle and EON divorced over “creative differences”—some solace to take, perhaps, that Boyle’s departure had nothing to do with #MeToo, #Time’sUp, or #BurnThemAtTheStake.

With so much secrecy, internet pontification is inevitable. One of the more popular rumors suggests Boyle and Hodge sought to conclude Bond 25 with a definitive “death” of 007. Naturally, Bond would be cleverly resurrected in the next film, potentially with the fresh face of a new actor playing the part, but if this gossip is true EON obviously felt killing off James Bond in a movie would be a bridge too far—and a notion fans would never accept, despite the literary precedent set by Bond creator Ian Fleming, who shockingly ended his novel From Russia With Love on a grim and seemingly fatal note for our hero.

The prospect of a Danny Boyle-directed 007 film always seemed too good to be true—so good, in fact, that I never quite got around to writing a column on the hiring of Boyle and Hodge last summer, possibly because I suspected Boyle and Hodge would have a tough time pushing the envelope while staying comfortably within the established 007 formula. This, in addition to Boyle’s own previous contention that he’d prefer to make smaller end edgier films than be creatively shackled by a big-budget production, and I just never quite believed Boyle’s Bond 25 would ever see the light of day. It was only a matter of time before EON would jump tracks once again.

Fukunaga also wrote the screenplay adaptation of Part I of Stephen King’s It but famously walked away from the director’s chair over some, um, “creative differences.” The announcement of Fukunaga as director for Bond 25 is a dual surprise—his name was not even mentioned as a possibility by prognosticators, but more precedent-shaking is the fact that his hiring marks the first time in the series’ storied 56-year history that the directorial reigns have been entrusted to an American (all previous directors have bowed to the British Queen).

Production on the new 007 movie was justifiably delayed by the shakeup, but thankfully only just a little bit: originally slated to premiere in U.S. cinemas November 2019, the still-unnamed Bond 25 will now bow a mere three months later, on Valentine’s Day 2020. While this date seems an odd choice on the outset because 007 films have traditionally been high-summer or end-of-year holiday offerings, recent mid-winter hits such as Black Panther and Deadpool prove February can be a lucrative month to debut—all the more because there is so much less competition at the multiplex. 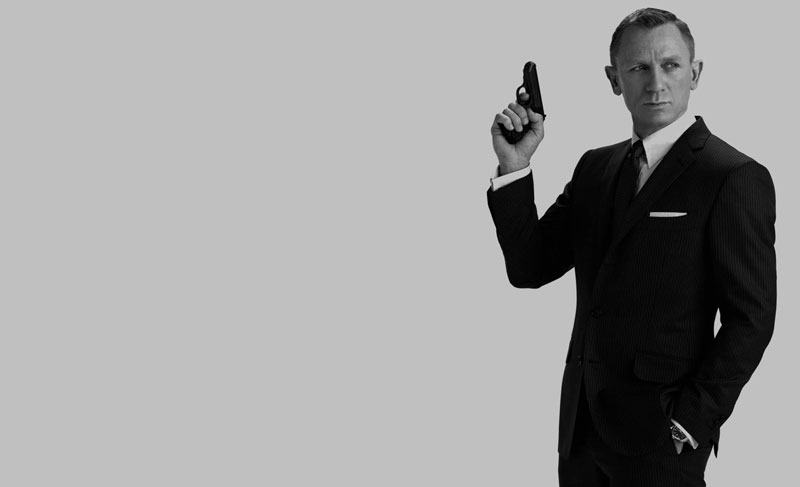 The element of the unknown that Fukunaga will undoubtedly bring to 007 is perhaps the most exciting prospect for fans who bemoan the necessarily formulaic nature of the Bond movies. After Danny Boyle walked away, EON made it clear they were searching for a director with writing chops, all the better to iron out any kinks in the Purvis & Wade script during production.

If I have any reservations, it’s a nagging gut feeling that the gritty intensity of True Detective and Beasts of No Nation portends a Bond 25 that will be more down-and-dirty and oh-so-serious rather than something a bit more fanciful and fun. Having had quite enough of the brooding and bleeding Bond of late, I’d prefer a subtly loony bit of escapism, à la You Only Live Twice or The Spy who Loved Me. Say what you will about the script for Spectre but director Sam Mendes managed to inject into his second directorial effort a sense of outlandish spectacle and wry visual wit not evidenced in a James Bond movie since the pinnacle of the Roger Moore era. What the world needs now is a fun 007 movie. Just the thought of this puts a silly grin on my face.

Equally as enticing are the potential names that could step into crucial technical positions. Will EON invite back a previous recent cinematographer such as Roger Deakins or Hoyte Van Hoytema, or will they go with two-time Fukunaga collaborator Adriano Goldman? Or, since Fukunaga served as his own cameraman on Beasts of No Nation, could he become the first filmmaker to direct and shoot a 007 movie? And, will Bond 25 be filmed on celluloid (like Spectre) or be captured digitally (like Skyfall)?

Will EON finally bring back composer David Arnold, who has surely recharged his Bond batteries in the interim since his last 007 score for 2008’s Quantum of Solace? And, for the twenty-fifth episode, wouldn’t it be a fitting gesture to bring back Dame Shirley Bassey to sing the title tune?

Will we see an opulent, old-school-style hand-painted poster concept that harkens back to the golden age of Sean Connery 007s, or will we simply get another odd and uninspiring Photoshop job?

Will the signature gun-barrel sequence be placed in its rightful spot at the very beginning to kick-start the movie?

Will there be any continuity with the characters, events, and daft familial revelations of Spectre or will Bond 25 be a stand-alone adventure?

And, considering some of the greatest 007 films have taken a bit longer than usual to produce, will the inordinately protracted gap between films (the second-longest ever, after the six-year wait for GoldenEye) make for another highlight of the series?

These are important questions for any Bond aficionado.

There are so many possibilities to contemplate, and with so few months to go until production finally kicks into gear and we learn more about the who’s and what’s of Bond 25, we can at least—at long last—rest assured that the wheels are in motion, and that we have concrete news that, as promised, James Bond Will Return.