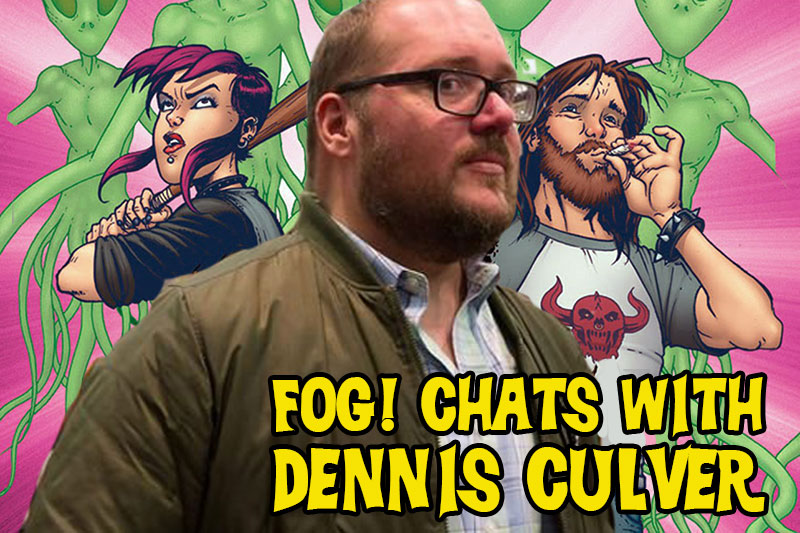 In Burnouts, in order to save their friends and families, a group of high school teenagers must fight off an attack on their town by a secret alien invasion… but they can only see the aliens if they’re completely wasted. The Burnouts are saving the world one puff at a time!

Writer Dennis Culver took some time to discuss the series, his influences and it’s origins.

FOG!: Hey Dennis! I loved the first issue. What was the genesis for Burnouts?

Dennis Culver: Thanks so much! As far as the genesis of the series, I had been toying with the idea of some group of people fighting an enemy they could only see but i couldn’t really make it work in a way I found interesting. Once I reframed the concept around a high school and hit on the idea of needing to be in an altered state to see the aliens then the whole thing came together very quickly.

The first issue reminded me a bit of They Live, substituting drugs and alcohol for sunglasses. Was the film an inspiration?

They Live wasn’t a direct inspiration but that is definitely a movie I love. Once I made the connection though I started describing the book as “They Live meets Freaks and Geeks“, which is an easy elevator to get to the heart of the concept.

We learn that the aliens just recently appeared for the first time several weeks before the story begins. Did the aliens replace people or just took over their bodies?

The aliens are merely possessing people and the burnouts discover they can get them out of people if they hit the person hard enough. Part of the initial mystery of the book will be figuring out what exactly the aliens want.

What does your artist, Geoffo, bring to the series?

Geoffo brings so much personality to the characters in the series. They didn’t come alive in my mind until Geoffo designed them. This book wouldn’t work without him! 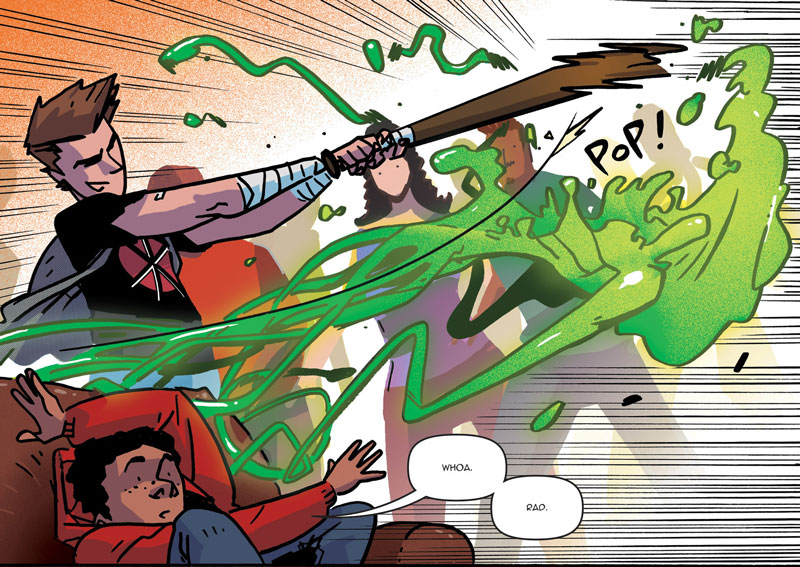 How many issues is the series? Is it a mini or ongoing?

We’re ongoing. I have a definite ending in mind that will come together over several arcs.

Who or what are the biggest inspirations/influences on your work?

In one sentence, why should people check out Burnouts?

If you’re a fan of something like Stranger Things then you’ll love Burnouts, it’s “They Live meets Freaks and Geeks!”

I’ve been rewatching Cowboy Bebop recently and that is tremendous fun. I’m a big fan of the Good Fight, and I’m still making my way through Season 2. I just read the first three volumes of Full Metal Alchemist and I fell in love with it. On the music front I’ve been listening to The Carters album repeatedly. It’s great! 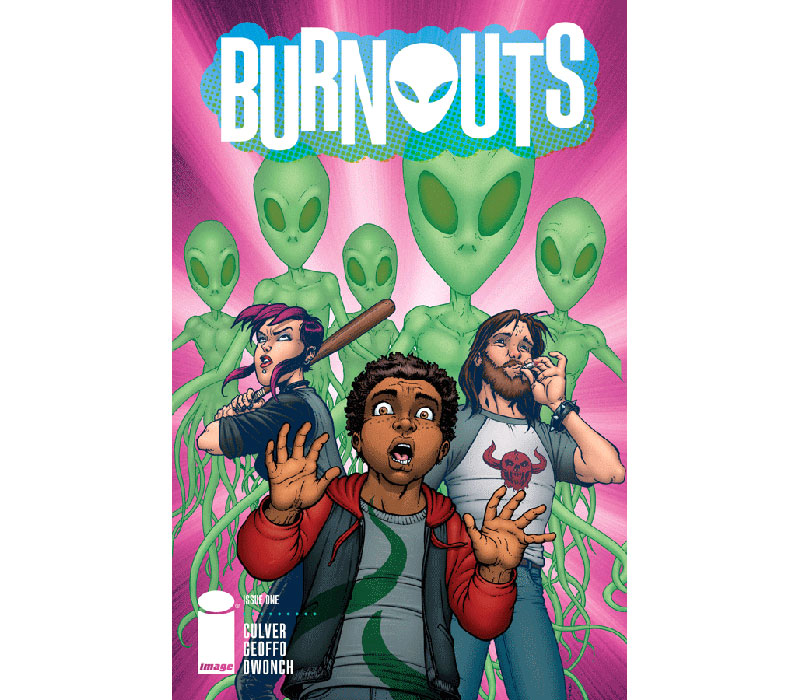 Burnouts #1 is available today in comic book stores and via digital.