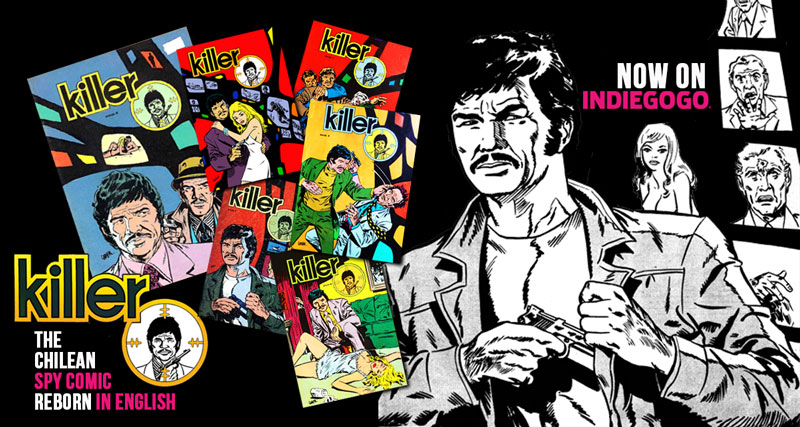 Pulp 2.0 Press, a boutique pulp and comics publisher dedicated to preserving our pulp culture is pleased to announce it has signed a publishing and licensing agreement with Chilean comic book artist Germàn Gabler,  and Acciòn Comics headed by Claudio Alvarez, to license the 1970’s comic book series Killer for all media. This classic spy comic from Chile hasn’t been seen in 44 years, and never before in the English.

Gabler, the artist of the Chilean 1960’s James Bond 007 comics published by Editorial Zig-Zag, created the independent Killer to continue the spy action of the 007 comics, but with a rougher edge in both story and character. The stories featured the adventures of a man codenamed “Jack Killer”, a British secret agent and ladies man with the rough hewn look of Charles Bronson. Jack Killer acts to thwart conspiracies and attacks by the KGB and Tarantula – a global criminal cartel. “If you like Matt Helm, Callan and Harry Palmer – then you’re going to like the distinctive, two-fisted flavor of Killer. The character lives up to his name,” said Pulp 2.0’s MPB Bill Cunningham. 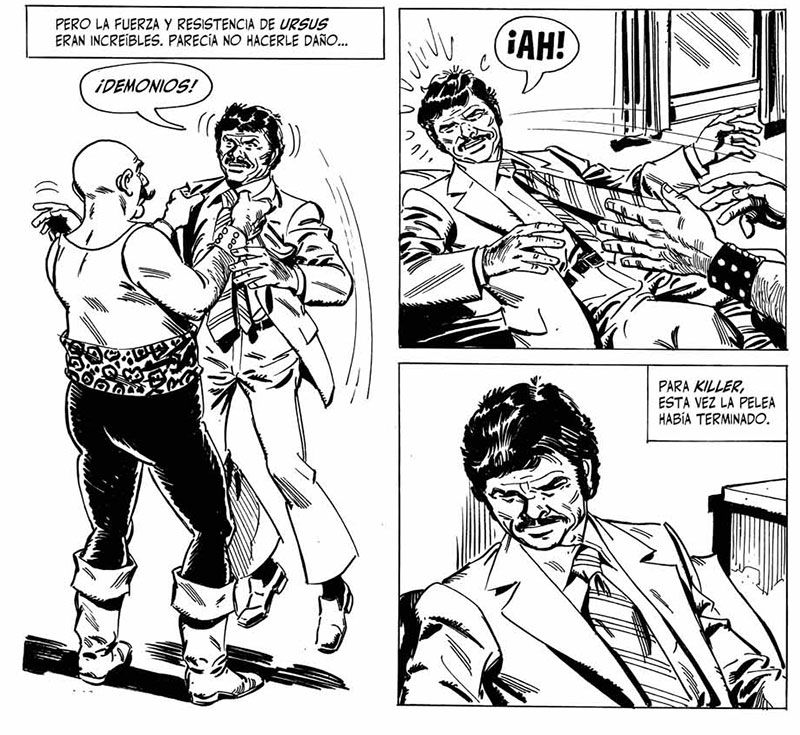 In 1974, nine Killer stories were originally published in Chile and Argentina. However Chile’s inflation under the Pinochet government was so volatile, the price of everything changed from week to week and decimated the comics industry. One Killer story remained in Gabler’s desk until 2017. With the help of some new artists he completed the story and cover for Acciòn Comics. The restored comic was welcomed by Chilean fans and the international media; with stories published in Brazil, Mexico, Ecuador and the Netherlands. “Killer is in a unique position in the spy genre. While his missions are global, the stories have a distinct Chilean attitude and approach which gives them a unique perspective,” added Cunningham. 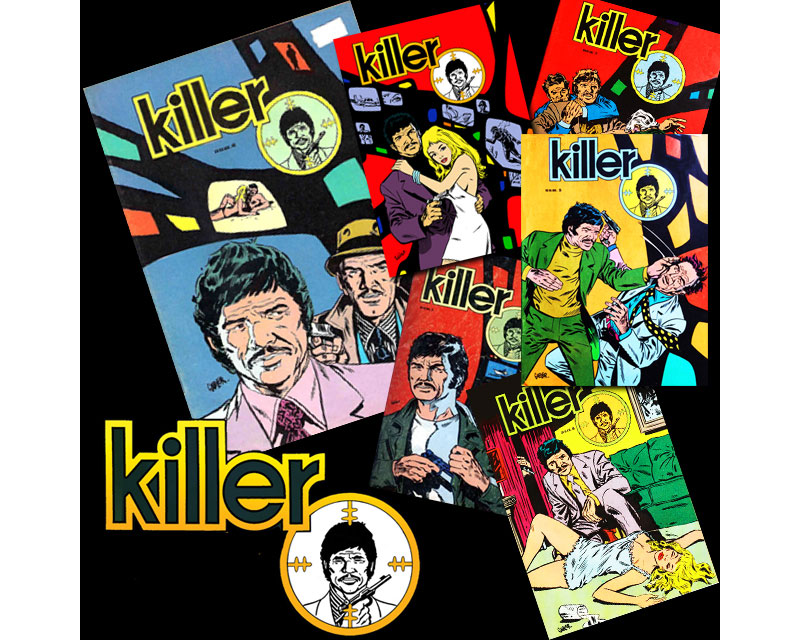 Pulp 2.0 will be republishing the original Killer in English for the first time as well as developing other new media such as books, comics, and motion pictures and television. To inaugurate the endeavor, Pulp 2.0 has launched an Indiegogo crowdfunding campaign to cover the costs of scanning and remastering all the artwork rescued from Gabler’s basement, and translating the books from Spanish to English. Details can be found HERE.

Rewards including tee shirts, PDF copies of the comics, posters and original artwork are part of the campaign. Stretch goals will incorporate new original artwork, Thank You listings in the books, and a full color version of the series. Pulp 2.0 has also negotiated a deal with artist Christopher Shy of Studio Ronin to create new covers for Killer comics and a definitive collection of all the stories. Shy is the mastermind behind the cover for Pulp 2.0’s upcoming Tales of Frankenstein graphic anthology.