…Or, further vacation ruminations, this time as I pissed away a day aboard ship—staring at the azure skies between Corfu and Taormina.

Thomas K., my estimable editor, has only recently ceased to hock me about doing a BLACK KISS HALLOWE’EN SPECIAL. We’ve got the concept, in broad strokes, and I definitely want to do it, but I’ve been fuzzy on proceeding, for a number of reasons.

One, I’m deeply into and committed to finishing the first arc of HEY KIDS! COMICS!—with a prayer that I’ll be allowed to do a second, and potentially a third.

Two, I have the script ready to go for the third and final volume of TIME(SQUARED), entitled HALLOWED GROUND(ZERO)—which will be my next mission—look for it in late Spring, 2019.

Those who actually know me, as opposed to people who call me “Howie” and the like, know that although I’m a vulgarian in my language, I’m a pretty vanilla guy in every other aspect. Never been to a strip/gentleman’s club, for example. I don’t drink alcohol, or use drugs and haven’t for many years. I don’t smoke anymore, either.

Well married…and already committed to a Smart Cremation, arranged by that wife to whom I’m well married.

My actual life is pretty straightforward and boring. Up before dawn, in bed before ten—then repeat.

Once again, that said, this is in direct contrast to my professional life as, as the equally estimable Matt Fraction has called me, “Howard Chaykin—International Pornographer.”

This may come as a shock to you (not you, specifically, but the general “you,” and maybe like the Phisherman, you know who you are) but I don’t make shit up.

As far back as AMERICAN FLAGG!, having made what now seems like a pretty big decision to move from cheesecake/pinup stuff into at least the suggestion of actual human sexual contact in what was after all, a mainstream comic book, I recall fondly sitting with my first VCR…

The most specific example of what came out of this is that page where Reuben and Mandy get it on for the first time in the front seat of that assault vehicle. That nine panel grid is made up of images profoundly inspired by those early features, thanks to that wire remote(!!) enabling me to stop for an image, rough sketch and move on. 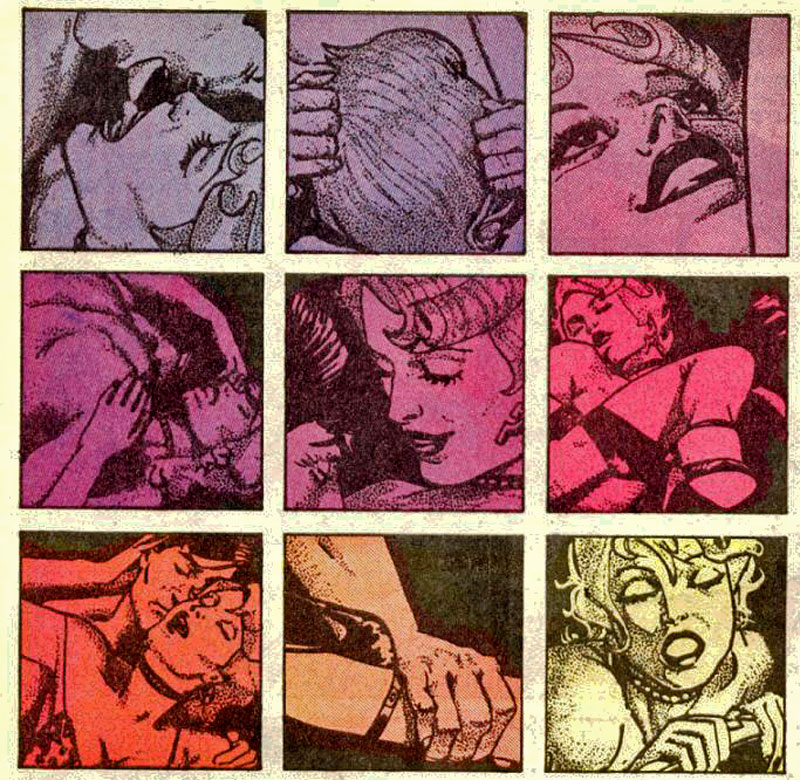 Trust me on this. Really. They were insufferable.

And of course, this same stuff that made up the backbone of Flagg! also informed TIME(SQUARED), with the added lagniappe of incorporating elements of vintage mid 50s erotica into the mix, to give it a specific and curiously out of time flavor.

And when I got to BLACK KISS some years later in California, I was inspired by a curious and real life encounter on Madison Ave a year or so before I left New York behind. I’d stepped up to say hi to what I thought for all the world was a woman I’d dated some eight or so years earlier, only to realize this was her transgender doppelganger. I recorded this event in a notebook with no particular intention and for no reason that I can recall, as I still do today. 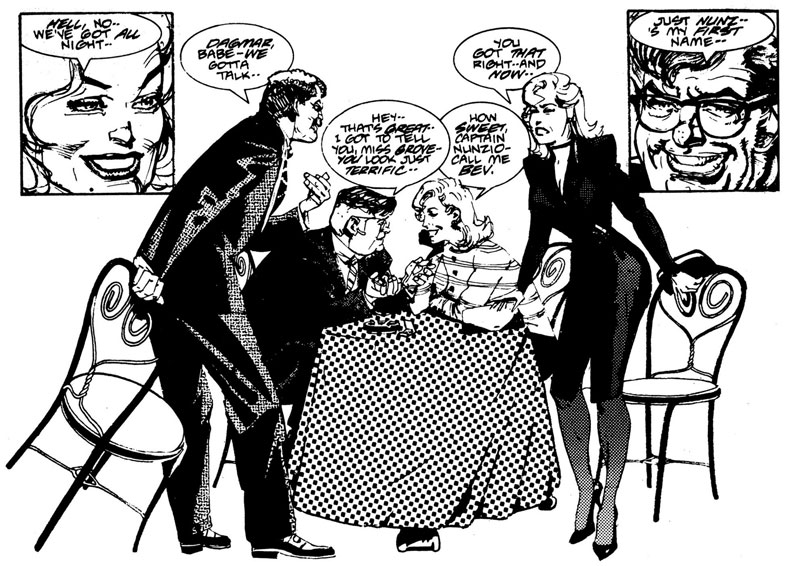 And none of that free shit. I don’t illegally download movies, or books, or television shows, or music, or anything. People deserve to be paid, no matter what they do—and that includes smut. There’s no such thing as a free lunch—or free anything, either. 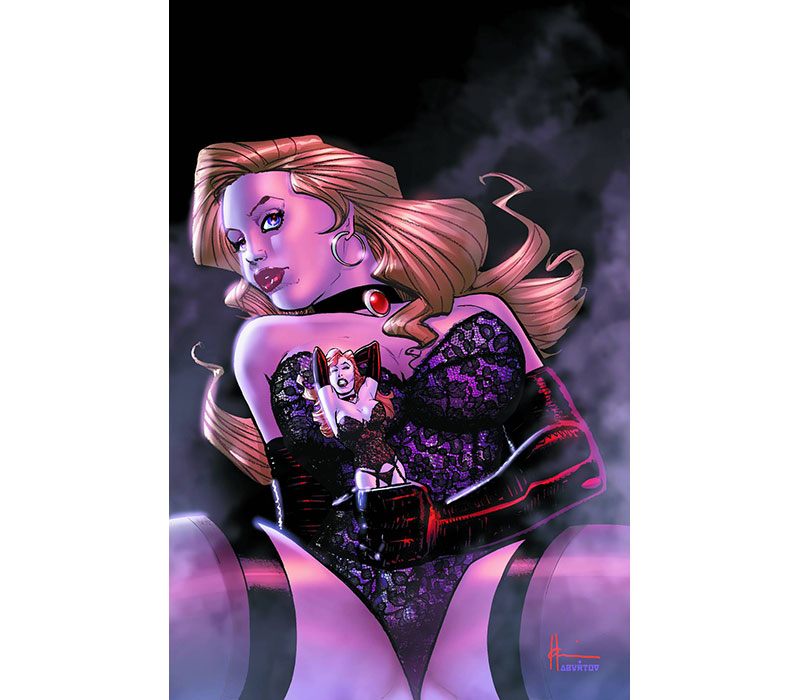 All of which, as indicated above, ends up in my notebook. I may not be the late Stan Mack, but I got the picture.

I was, to put it very firmly, seeking to create a character who was the very antithesis of Dagmar Laine. Chrissie Silver is heroic, feminine, neurotic, funny, and deeply honorable—and I owe a lot of that to Sabrina. 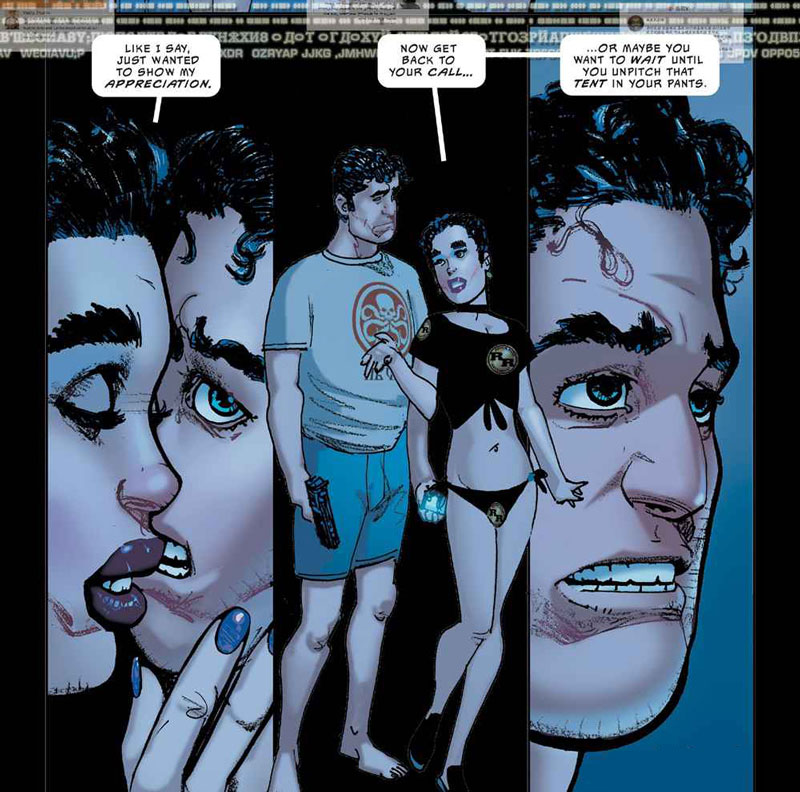 As noted, Sabrina was enormously helpful in that character’s creation…and significantly, her input on Chrissie after the fact, once she’d read what I’d done with her in the course of the six issues that made up the first arc, conversationally suggested to me, unintentionally I rather suspect, an element of action and character for the sequel in what turned out, for me, to be a surprising and ultimately satisfying direction. She’s hip to this, and has been deeply thanked.

You read it next year, and you can then decide.

You heard it here first—BLACK KISS: THE HALLOWE’EN SPECIAL—coming your way in the Fall of 2019—assuming of course that the aforementioned Smart Cremation kit isn’t called into play before then.

Howard Victor Chaykin – a prince, and of course, an International Pornographer (Emeritus).

In this article:As Ever I Remain, Behind-The-Scenes, Comic Book Industry, Comic Books/Strips, Op/Ed