The motto of The Dwayne McDuffie Award for Diversity in Comics comes from Dwayne’s own words, “From invisible to inevitable.”

This year marks the fifth annual award that spotlights five finalists commitment to excellence and inclusion both in their work and within the industry, following Dwayne’s example. Previous winners have included Leon: Protector of the Playground, written and illustrated by Jamar Nicholas, Upgrade Soul, written and illustrated by Ezra Claytan Daniels, Ms. Marvel, by G. Willow Wilson and Adrian Alphona and M.F.K. by Nilah Magruder. 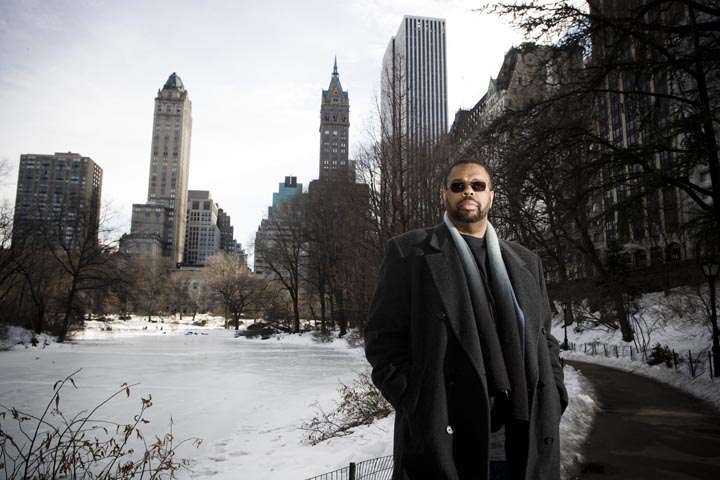 “Excellence and inclusiveness. Dwayne held his own work to this dual high standard and accepted no less from others. Our past winners and nominees all continue to make me proud to have their names and careers forever associated with my late husband’s legacy. I eagerly look forward in this 5th submission season to hearing from an even more varied chorus of creative voices ready to share their own outstanding visions with our world,” said Dwayne’s widow, Charlotte McDuffie.

“I wish Dwayne was still with us,” said awards administrator Will J. Watkins. “His voice is sorely missed, especially now. As we go into the 5th year of this award, its significance and impact is more important than ever. I’m excited we can again open the door a bit wider for more diverse creators to have their voices heard.”

As I reflect on the course of the DWAYNE McDUFFIE AWARD for DIVERSITY, I’m immensely proud of the way the larger community has accepted and embraced the mission. It’s been a tumultuous five-year period in the industry, and to be a small part of a movement for change and acceptance for all creators has been rewarding, to say the least,” said Martha Donato, President & Founder of MAD Event Management LLC, producers of Long Beach Comic Expo and C3. “I’m grateful to Charlotte [McDuffie] for including me in the award program and look forward to watching its evolution over time. I firmly believe Dwayne’s legacy is secure in her capable hands. For the nominees and winners of the Award past and future, you exemplify all that he stood for and believed in.”

“Dwayne McDuffie was a friend to me both personally and artistically for over a decade. He gave me my first job writing in animation,” said Geoffrey Thorne. “This award serves as an ongoing ambassador of his worldview (and mine.). Everybody who can play should get to play. I’m humbled to have been asked to judge this award that honors his legacy.”

This year’s judges are:

The deadline for completed submissions to be received at [email protected] for the 2019 DWAYNE McDUFFIE AWARD for DIVERSITY in COMICS is December 31, 2018.

Visit the portal to get started. Please complete all fields fully and consider your answers before clicking Submit.

Examples of the prospective award recipient’s work should be sent in an email to [email protected] with McDuffie Award Submission in the subject line.

Please attach a link or a 15mb PDF file of the work to be considered. When submitting work, we strongly suggest sending the first issue of a series. If submitting anything other than the first issue, a one-page synopsis of what came before must accompany the submission.

Also, we suggest sending the first 25-30 pages or first chapter of a graphic novel. We cannot guarantee anything more will be considered. If one is available, please also attach a JPG photo of the entrant to the email. Please do not include any further attachments. Submissions will be accepted until December 31, 2018.

The winner will be announced at a reception to be held on February 15, 2019 in Long Beach, CA during the Long Beach Comic Expo and C3: Comic Creator Conference.