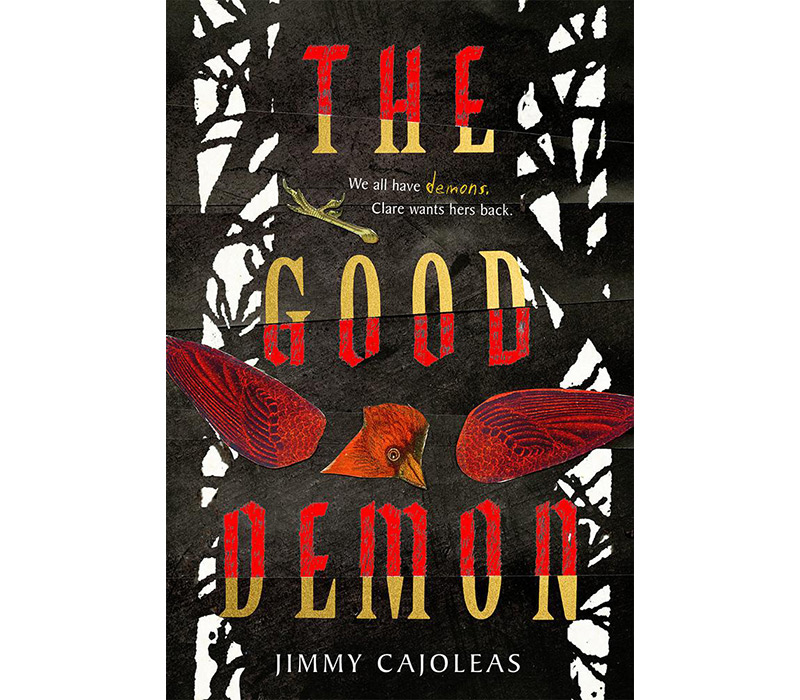 It wasn’t technically an exorcism, what they did to Clare. When the reverend and his son ripped her demon from her, they called it a “deliverance.” They didn’t understand that her demon—simply known as Her—was like a sister to Clare.

Her was nothing but a comfort to Clare. She made her feel brave and helped to ease her loneliness. Now, Clare’s only comforts are the three clues She left behind: Be nice to him, June 20, and Remember the stories. Clare will do anything to get Her back, even if it means teaming up with the reverend’s son to go on an adventure through the dark underbelly of her small Southern town, discovering its deep-seated occult roots.

As she searches for Her, Clare begins to question the fine lines between good and evil, love and hate, and religion and free will. Clare must decide: How much is she willing to sacrifice to bring Her back?

Vivid and sharp, Jimmy Cajoleas’s YA debut The Good Demon tells the unusual story of friendship amid dark Gothic horror.  Jimmy took some time to share his thoughts on exorcism movies and the top five films that informed his book.

I’ll be honest with you, I don’t generally care much for exorcism movies.

They tend to rely on spiritually-conflicted men screaming Biblical platitudes at unseen forces while the body of the possessed person (usually a young woman) is snapped, crackled, and popped via bad CGI. Though there are notable exceptions to this rule—The Exorcist (duh), REC 2, and The Conjuring all come to mind—these films often forget what is scariest about their own premise: that one day we will look into the eyes of someone close to us, someone we love—or perhaps even into the mirror—and find them suddenly a stranger to us. Worse, these movies tend to totally ignore the afflicted person whose body and soul are the film’s very battleground.

That being said, the movies that most informed my book The Good Demon (and movies are most certainly as huge an influence as books to me) might be demoniac in nature, but they aim for something different than your average demon-expulsion flick. Also, all of these movies completely rule and are well worth your time. Anyways, without further ado, here are the films that most influenced The Good Demon. 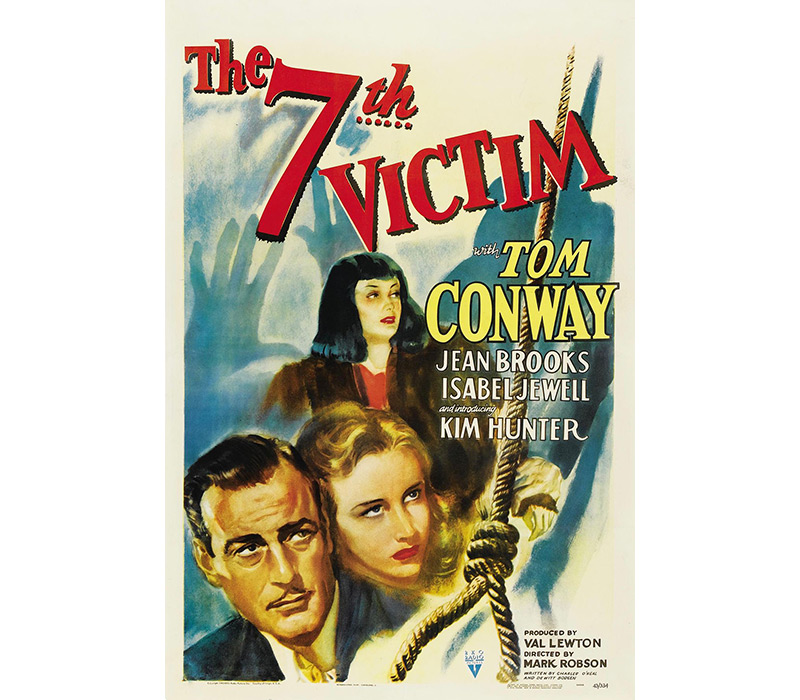 The Seventh Victim is one of the great Satanic cult movies ever made. It centers around a woman named Mary Gibson on the search through New York City for her missing sister Jaqueline. Though directed by Mark Robson, the film has famed producer Val Lewton’s fingerprints all over it. The Seventh Victim is awash in shadows and strangeness, whispered secrets and gigantic, unforgettable images. It’s hard to talk about anything in this movie without giving too much away, but I will forever be in awe of the way a Lewton movie can turn a simple stroll down the street into a paranoid fever dream, or how a shadowy hallway came become a literal passageway into the netherworld. I love the way the film uses darkness, fully aware that nothing it can show us is worse than what we can imagine ourselves. Mostly, though, I love Mary Gibson’s doomed quest for Jacqueline, and Jacqueline’s own doomed quest for escape from herself.

Twin Peaks: Fire Walk with Me 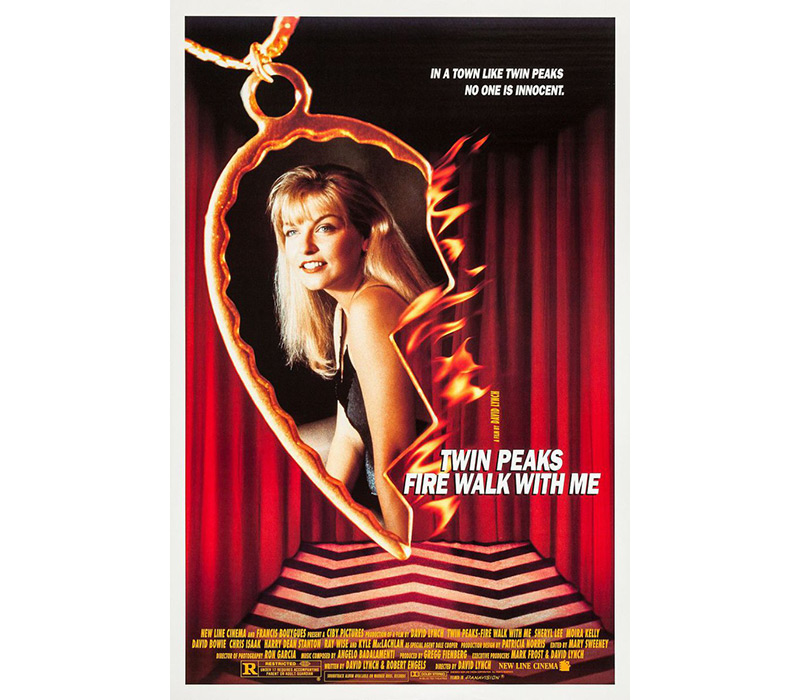 If Twin Peaks is the greatest demonic possession story ever told (and it absolutely is), then Fire Walk with Me is the film that brings the entire Twin Peaks mythology back to its true beating heart—Laura Palmer.

In so many ways, Twin Peaks the show is Laura Palmer, and this is the moment when she finally gets to tell her own story, all of the terror and joy and tragedy of it. Laura comes across as immensely complicated, and strange and powerful and conflicted, with a depth beyond any other character in all of Twin Peaks. The film is also an unflinching look at trauma. (On this point, check out Megan Abbott’s introduction on FilmStruck, which should be required viewing.) I watched Fire Walk with Me about a year ago at IFC with my friend, the writer William Boyle, and it was one of the heaviest and most powerful experiences of my life. Fire Walk with Me reminds us that Twin Peaks was Laura Palmer’s story all along, and it always will be. 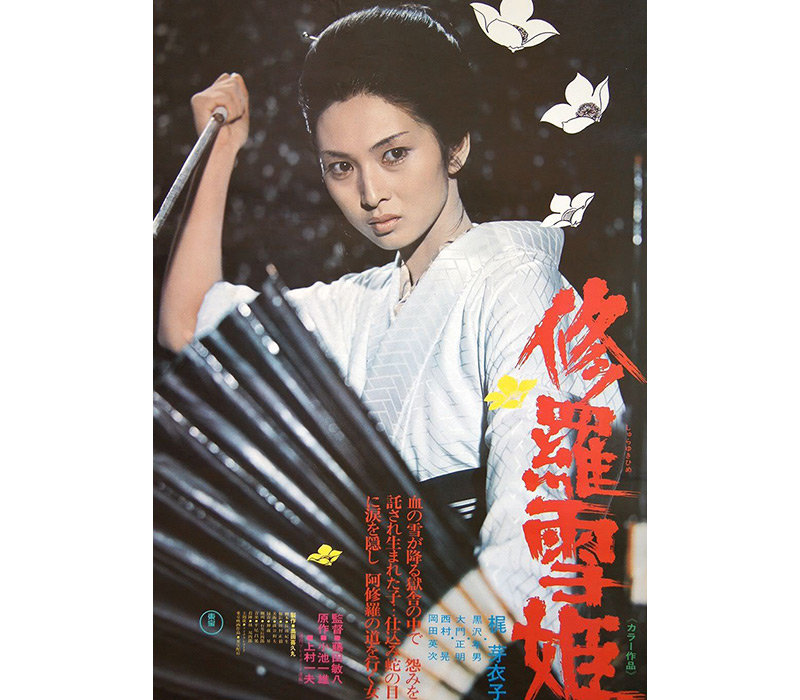 Set in 1870s Japan, Lady Snowblood tells the tale of Yuki, a woman born and raised to avenge the murder of her family and the rape of her mother.

At birth, Yuki is told by her mother that she is an “asura demon,” which (in the film) means a sort of revenging demigod whose entire life will center around her mission of vengeance. Though no possession literally occurs, Yuki has no choice in life but to follow the path laid out for her. And oh, is it ever a brutal and bloody path. Despite the gore (or maybe because of it—take for instance the gorgeous crimson blood in the opening sequence that erupts in geysers from every sword slash, splattering the perfect white snow), the film is a beauty to behold, every frame both lovely and ominous, threatening danger.

In my book The Good Demon, Clare actually has a Lady Snowblood poster hanging in her room that she uses as a sort of talisman, a secular saint from whom she draws strength. Yuki knows what she has to do, and regardless of the consequences, she gets the job done. But after vengeance, what else could life hold for Lady Snowblood?

Poltergeist II: The Other Side 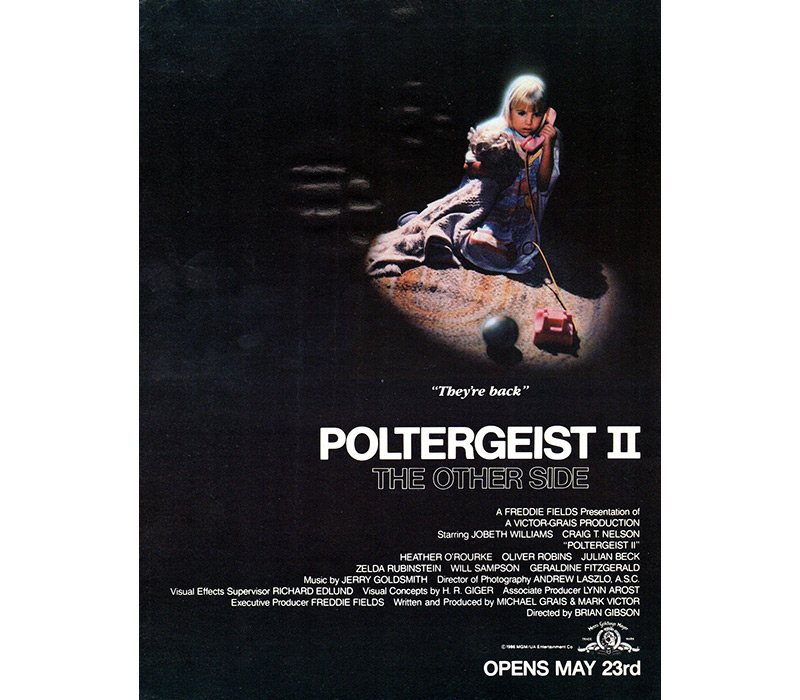 Okay, so it’s not as good as the Tobe Hooper original. Which is fine, because almost nothing else is. But Poltergeist II has one thing on the first film, and that’s Reverend Henry Kane. I first saw this movie on cable when I was about seven years old, and Reverend Kane scared me more than any other character in any movie ever. I think I had nightmares about him for four years straight.

I watched it about a month ago, and he still scares me more than anyone else. I don’t know if it’s the false kindness in his voice that teeters on the edge of hideous cruelty, or the way he sings hymns to Carol Anne in that high, emaciated voice, as if he was the resurrected corpse of Robert Mitchum from The Night of the Hunter, but no moment in any scary movie terrifies me than Kane’s standoff with Carol Anne’s father on the porch of their home.

Did I base the One Wish Man, a character from my book, on Reverend Kane? Hell yes, I did! Why would I ever draw from anything else except what scares me the most?

The Curse of the Cat People 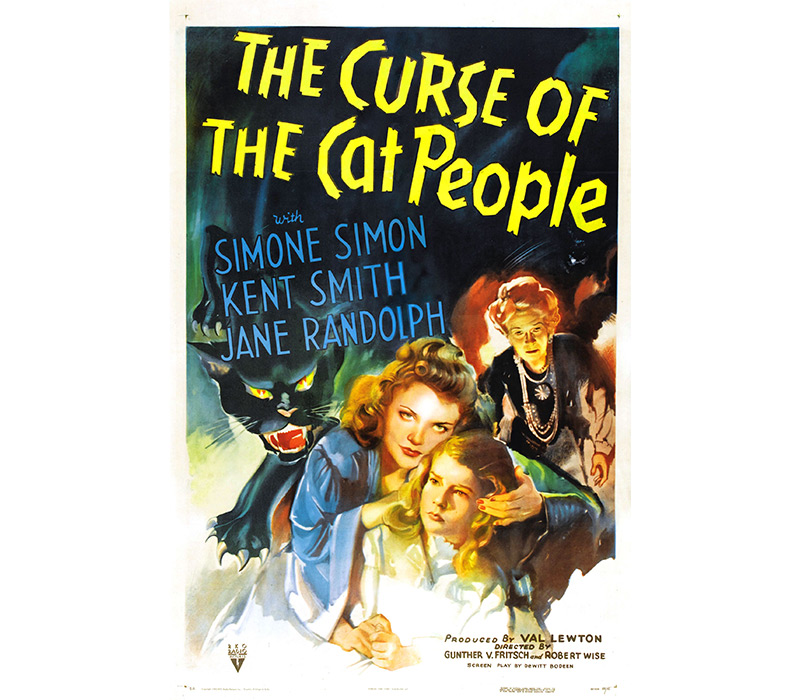 The second Val Lewton-produced film on this list, The Curse of the Cat People is maybe my favorite horror movie, and one of my three favorite films, period. I’m not sure there’s ever been a better movie about childhood—specifically the loneliness of childhood—than this one. Though nominally a sequel to the classic Cat People (it involves many of the same characters), The Curse of the Cat People goes for something completely different altogether. The sequel takes place about a decade after the first film, where Oliver, the doltish “hero” from Cat People, has married his coworker Janet, and now they have a daughter, the lonely, introverted Amy. Irena—the eponymous “cat person” from the first film and Oliver’s deceased wife—begins appearing to Amy in the backyard, and they become friends. As Amy and Irena become closer, Oliver and Alice try to parse out what exactly is going on with their daughter’s increasingly strange behavior. Is Irena truly a benign presence in Amy’s life—“She’s my friend,” Amy insists—or is there something more sinister at work? Toss in the deranged retired actress Julia Farren and her violently-neglected daughter, and you’ve got a looming disaster on your hands. I mean it when I say this movie is perfect, and my own book wouldn’t exist without it. (Big thanks to ace writer Jack Pendarvis, who first got me to watch this in grad school. It changed my life, Jack!)

The Good Demon is available now in print and via digital