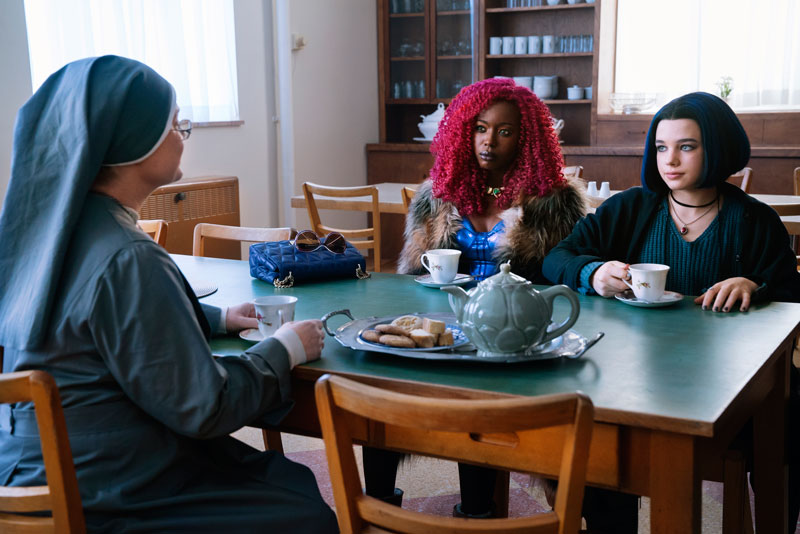 Let me bottom line it here at the very start, because I’m sure this review is going to be very scattered as I write it; this week’s episode was good. Again, we’re not in “great” territory yet, but the show is keeping me interested, but not thoroughly invested. Let me explain.

My friend Caleb (Monroe, another comic writer) was staying at my house during one of the New York Comic Con weekends, and it happened to be, I believe, the season premiere of the second season of THE WALKING DEAD. My wife and I were excited, and we all got home in time, and we watched it, and at some point, either before or after, Caleb let slip that he stopped watching it. When I asked him why, he replied something to the tune of, “There’s not one redeemable character on there. No one is compelling me to come back week after week.” He went home a few days later, and those words stuck in my head throughout the first half of that season, and I realized…he was right. We stopped watching before the show came back from it’s mid-season break.

TITANS suffers from the same problem, but let me be clear that it’s not an abandon ship situation. Yet. TWD got dropped because it was the second season, I had read the books, I had expectations at this point. TITANS is only three episodes in, and for some that is plenty of time to figure out if you hate it and why. GOTHAM only lasted four episodes before I got tired of it. The bad outweighed the good on a steady upswing week after week. Personally, I’m enjoying the show, even if I don’t care about the characters 100%.

Ok, that’s not true. Dick is fleshed out really well, especially after this episode. For the most part, we see Dick in the present, trying to track Rachel down, using some really awesome tech that is one part YOUNG JUSTICE SEASON ONE and one part classic Tim Drake. 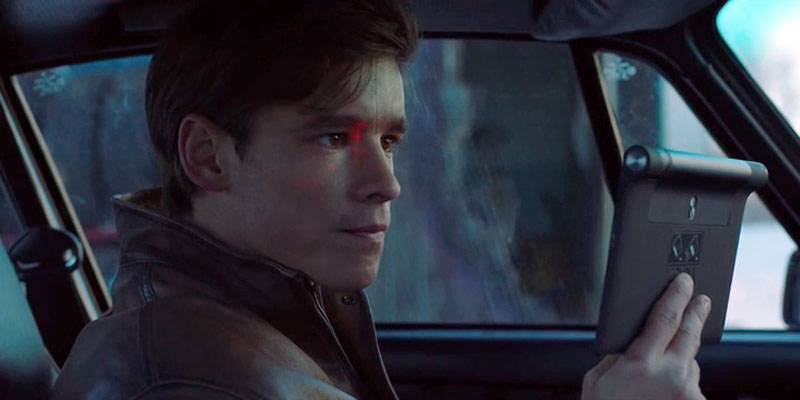 We also see Dick in the past (hence the title of this week’s episode) and those scenes are some of the best scenes in the series so far because it answers a lot of questions that might not be obvious. I mentioned in the first review that I’m a bit of a Robin/Nightwing expert/aficionado and I can say that this is a Grayson that I’ve yet to see fully fleshed out. 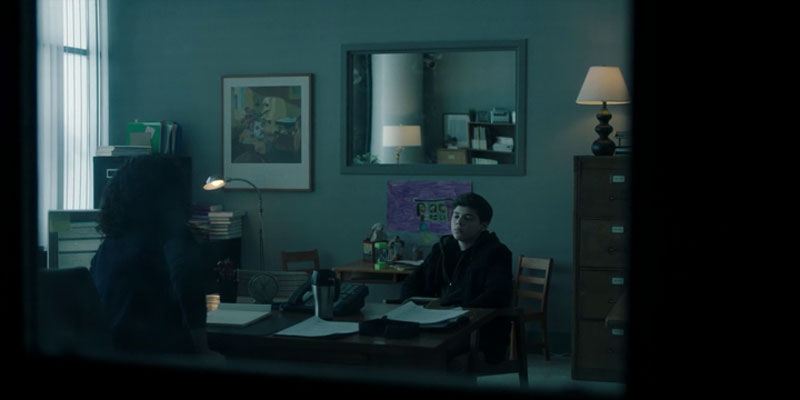 There are bits and pieces from Dixon/McDaniel, from O’Neil/Adams…cherry picked from the entirety of Robin’s 77 years of existence and used effectively. We’re seeing a familiar Dick Grayson. Even if some of what he does is “out of character, I think we’re getting closer to finding out why.

Yippee Kai-Yay! Dawn’s not dead! Boo! Amy Rohrbach is. That’s another problem I have with the show. The second you meet someone, they’re either evil and about to strike (see Sister Ethal…jeez, is that really her name?) or they’re good and about to die (see Hawk, Dove, Amy and Sherilyn Fenn). 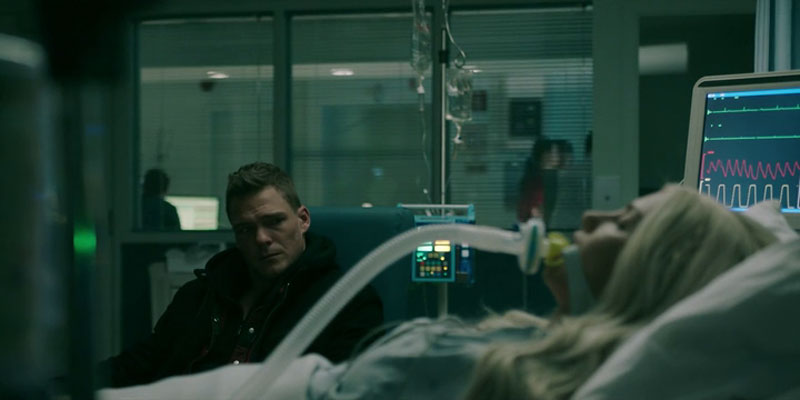 It’s really hard to form any kind of attachment to any of the characters, which is, I know, how comics work and not how TV works, but then again…doesn’t TV work that way? Look, if you told me that this was the only season of this show, take it or leave it, then I’d understand that you’re throwing all your eggs in the basket, and you’re going to swing for the fences and hopefully create a lasting impression on your audience before you take a bow.

That’s a horrible way to die, though.

I’m still trying to figure out if Teagan Croft can act. Let me explain; as evil Raven, she’s good, compelling, and it seems like she’s actually having fun with it. As Rachel, she seems…I don’t know, somewhat directionless? She’s either here or there, and I can’t tell what her motivation is. It’s not even clear if she wants to survive. That said, when she meets Ryan Potter’s Gar, there is a genuine meet-cute that is sweet and very “aw shucks.” It doesn’t last long, and maybe it doesn’t have to; it works. 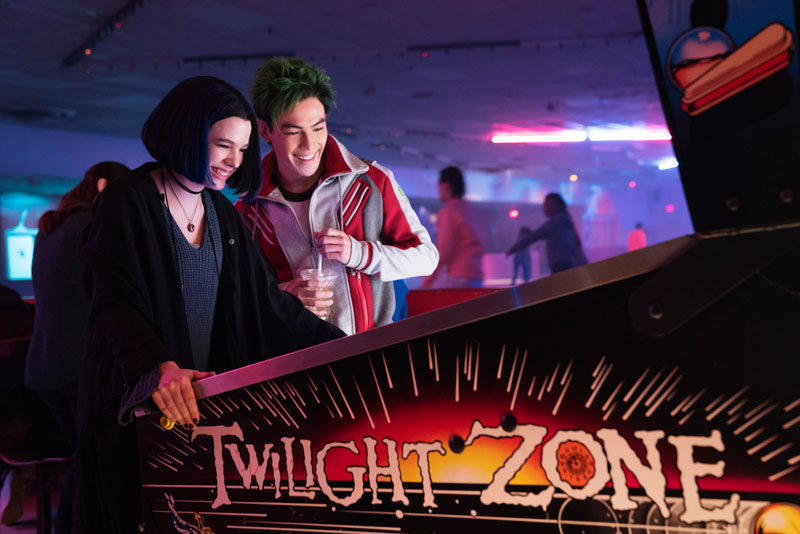 Likewise, there is a similar tension with Dick and Kory. It’s not purely sexual, as Anna Diop doesn’t play Kory as (careful, Vito, this is sacred ground) wanton as she was in the classic Teen Titans comics. She’s edgy and she’s very much the model for the old Chappelle joke, “Just because I’m dressed this way doesn’t mean I am this way.” I’ll say it now, but I think Diop is the MVP of the show. She is clearly inhabiting this role and there are so many dimensions to this Kory. She’s almost challenging Dick for leadership of a team that doesn’t exist yet. What I mean is…she’s as strong and fierce as he is and he’s going to have to fight for the top spot. 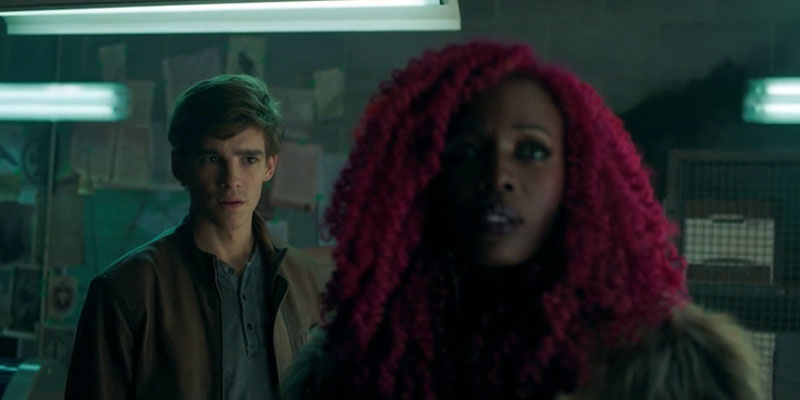 Oh, and Rachel is the bringer of the apocalypse.

And Doom Patrol shows up next week.