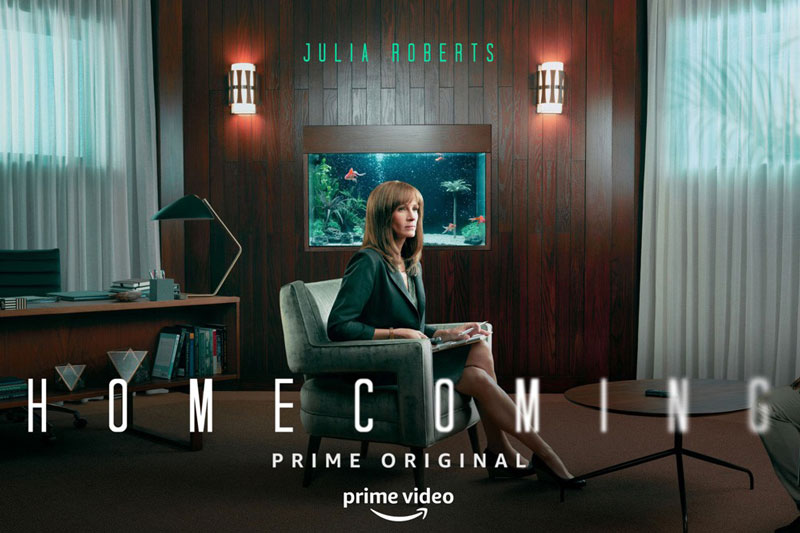 It’s difficult to review a series like this without giving it away.

There are definitely parts of the show I really want to discuss but don’t want to blow it for anyone who hasn’t seen it yet. It’s not that the reveals, twists and turns, of Amazon’s new series Homecoming are so jaw dropping, in fact they are more than completely expected. But it’s the anticipation of those reveals that make the show so exceptional.

There’s a lot to unpack with Homecoming;

Hit podcast gets straight to series order for two seasons on Amazon!

All those things notwithstanding; it’s also really good.

The title refers to an adjunct government facility called Homecoming set up to help returning soldiers readjust back into society after the post traumatic stress of war. Roberts plays Heidi Bergman, a seemingly cheerful, yet serious, counselor at the facility who provides onsite therapy for the soldiers housed there. 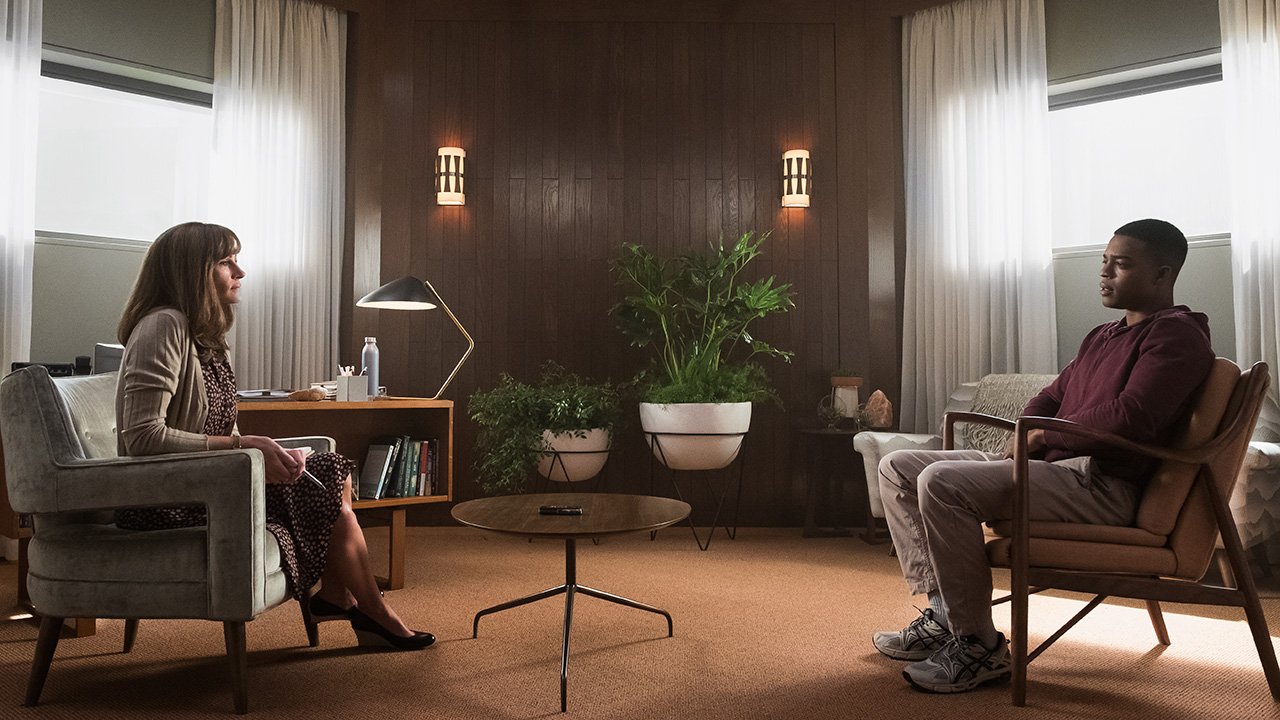 Right from the start we are shown two separate time periods, one that shows us the Homecoming treatment in 2018, and one that takes place seemingly four years later. Roberts, as Heidi, is at two very different stations in life. In 2018, Heidi helps run the Homecoming facility and is an extremely important component to the treatment there. Future Heidi, is now a waitress living with her mother, and is clearly troubled with her time spent at Homecoming, but why? What happened there?

What follows over the ten episode series is the unfolding of that riddle told piece by piece through an investigation of the facility conducted by a low level bureaucrat, Thomas Carrasco, played by Shea Whigham. During Heidi’s time at Homecoming she develops a personal connection to one of the soldiers, Walter Cruz, played by Stephan James, and is under constant scrutiny by her overbearing, never present voice over-the-phone boss, Colin Belfast, played by Bobby Cannavale. Heidi juggles all this with along with a problematic personal relationship with Anthony, the aforementioned Dermot Mulroney, who is way more into her, than she is to him.

And that’s it. I really can’t tell you much more without giving it away. It’s set in Florida, or is it? I realize this isn’t much of a review and I don’t expect you to take my word for it, so let me focus on what I can discuss; the acting.

Julia Roberts hasn’t really done TV, (save memorable guest spots on Murphy Brown and Friends) since early stints on Miami Vice and Crime Story at the very beginning of her career. Being a star, especially one as bankable and prestigious as Roberts, afforded her the luxury of choosing a TV project with prestige. Of course, back when Roberts career began there was a clear division between actors who did film, and those who did TV.

Today that division has dissolved. Some of the best storytelling is done on TV where show creators are able to tell a much deeper narrative and actors are able to show a much more believable character arc. Heidi Bergman is a great character for Roberts in that she essentially plays two roles, two parts of the same person, both deeply affected by their time spent at Homecoming. 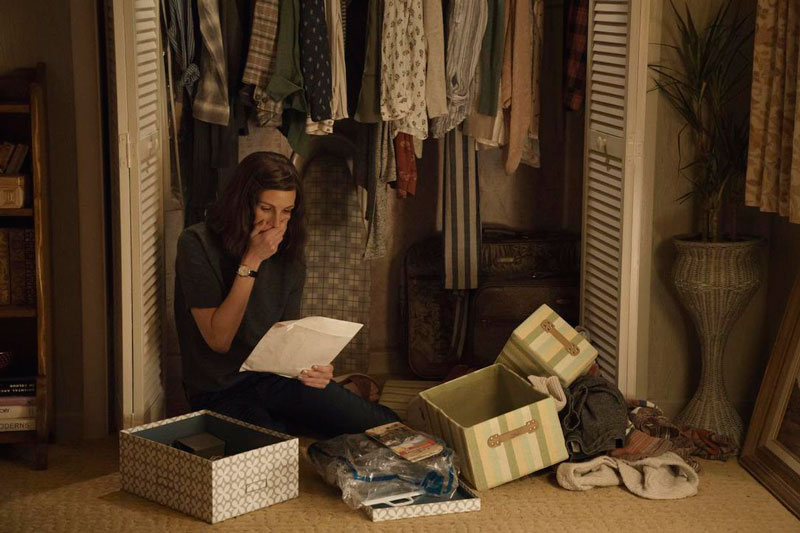 Shea Whigham, better known as, “the guy from that thing” is great as the understated investigator trying to get to the bottom of what actually went down at Homecoming back in 2018. Whigham is one of those actors people know, but don’t know. In the pre-Pulp Fiction days of John Travolta’s fledgling career he was asked which group is more important to the actor, the industry, or the fans? “The industry,” he replied “because they’re the ones who’ll give you your next job.” The fans might not know Whigham yet, but the industry certainly does. For one, he’s in a series with Julia Roberts, and two, his long list of credits is extremely prestigious. He elevates the quality of every project he’ involved with. Whigham can also be currently seen in First Man as ill-fated astronaut Gus Grissom. Get to know his name. 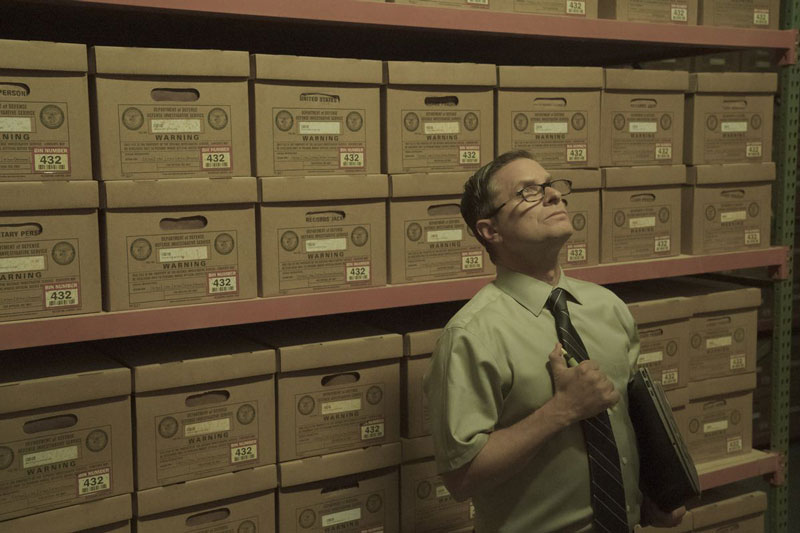 Bobby Cannavale as Robert’s unapologetic taskmaster boss, Colin, does a terrific job getting you to love to hate him, and oddly like him at the same time. Colin Belfast is a high level manager eyeing an even higher, executive longue level, place at the big table. He pushes Heidi hard and does an excellent job in getting her out of her comfort zone in order to achieve the stupendous results he promised the higher ups. Cannavale dances masterfully through this unethical character willing to cut corners at any cost. 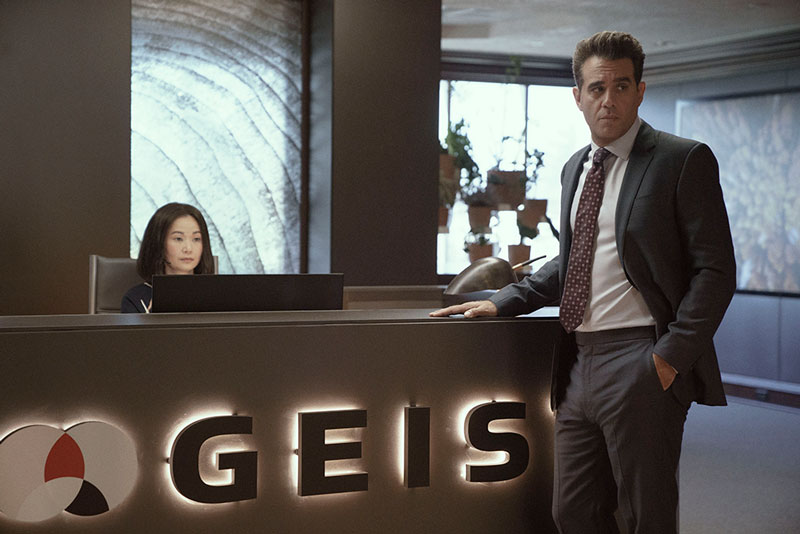 Stephan James, who most viewers will remember from his turns playing icons Jessie Owens in Race and John Lewis in Selma, does a great job as Walter Cruz, the soldier who puts a human face on the secret work done at Homecoming. James gentle, troubled, approach to Cruz is a kind take on a person trying to keep it all together. Cruz is well liked by his fellow soldiers at Homecoming. His contagious playful nature is disarming and gets you to see these soldiers as what they really are; kids. 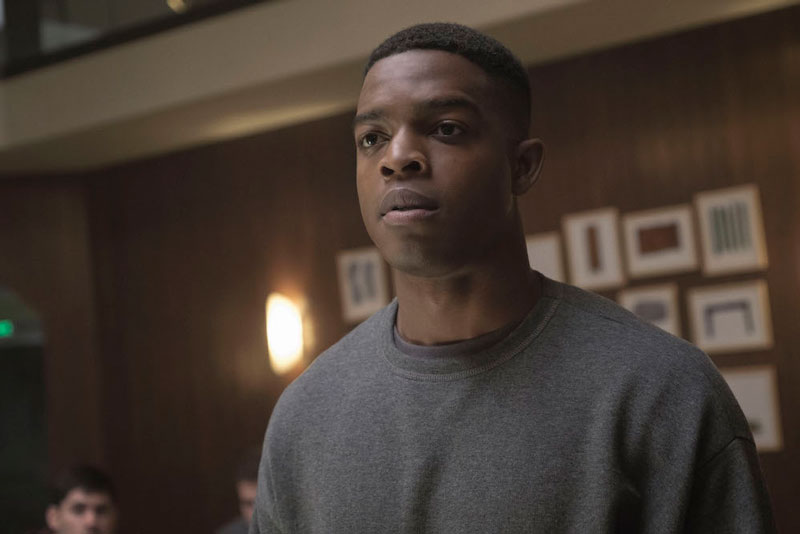 The supporting team is equally as stellar. Sissy Spacek plays Robert’s slightly disapproving but loving mother. Alex Karpovsky, of Girls fame, plays an excitable fellow counselor. Frankie Shaw, hot off her Showtime series SMILF, is underused as a fellow waitress. Jeremy Allen White, of Shameless fame, plays a fellow Homecoming resident who refuses to fall in line. Marianne Jean-Baptiste plays Cruz’s skeptical smart mother. And last, but not least, Hong Chau, one of the bright spots in Alexander Payne’s Downsizing, positively steals the last episode in one of the most rewarding scenes between boss and underling ever filmed.

To sum up: Come for the acting, stay for the show.