As we approach 20 years of this here 21st century, I keep thinking about how rapidly things move, how events and news seem both relentless and runaway.

All of this has affected the pop culture. So much intimate and even passing knowledge of the foundations of pop culture, namely the back half of the 20th century, is being left behind in the general imagination.

In the world after 2001, pop culture flipped over so quickly compared to previous decades. Growing up in the 1980s and ‘90s, it was easy to find lots of pop culture from up to 40 or 50 years ago. It still was airing in reruns, filling up UHF television stations, on superstations like TBS and WGN, or basic-cable networks hungry for content and eyeballs like the Comedy Channel and the Nick-At-Nite block on Nickelodeon.

Also, a lot of those pop culture makers were still alive and heavily celebrated in a pop culture world that still was much more integrated and top-down in dissemination. People had to gather around televisions to watch the popular shows, at that specific broadcast time, and that was it. You got music from the record store and the radio.

We now have had a generation raised in deeply segmented TV audiences, on-demand viewing and listening, YouTube, Netflix, Hulu, and other customizable streaming sites. 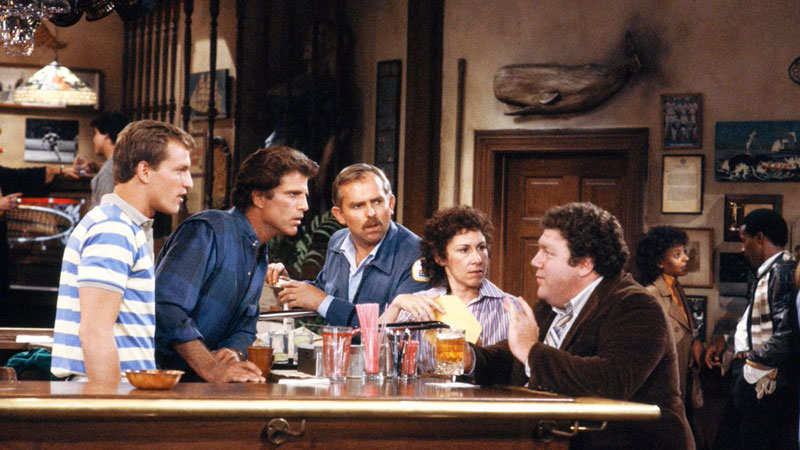 In this 20-year age of prestige TV since The Sopranos arrived in 1998, many of the zeitgeist-grabbing programs are not as widely seen. The 200th episode of Cheers drew nearly 28 million viewers in 1990. Lost, in the mid-2000s, got an average of 18 million people watching in the first season. Mad Men’s highest rating ever, for its finale in 2013, pulled in 2.7 million viewers. Game of Thrones typically brings in an average around 10 million, and Black-ish around 4 million. Will & Grace netted viewership in the mid-teen millions during its original run from 1998 to 2006, and its return seasons are taking 7-8 million.

Under the old system, so much of pop culture was delivered and fed to you, including a lot of the old stuff from decades before you. Sure, a lot of that old stuff is accessible today online, if you care or know to look for it. You can look up things a lot easier now, though not everything’s online.

(I remember as a kid going to the library to read out-of-print encyclopedias about rock musicians or DC Comics characters. Now there’s Wikipedia and adjacent fandom versions. Libraries are great.)

Mind you, I sincerely believe that many of the things I list have little reason for late-stage millennials and younger to know them. They never had to remember them, not like I did.

And, when looked at through a 21st-century lens, a bunch of these look as foreign and effed up as Fred Flintstone selling cigarettes did when I was growing up. 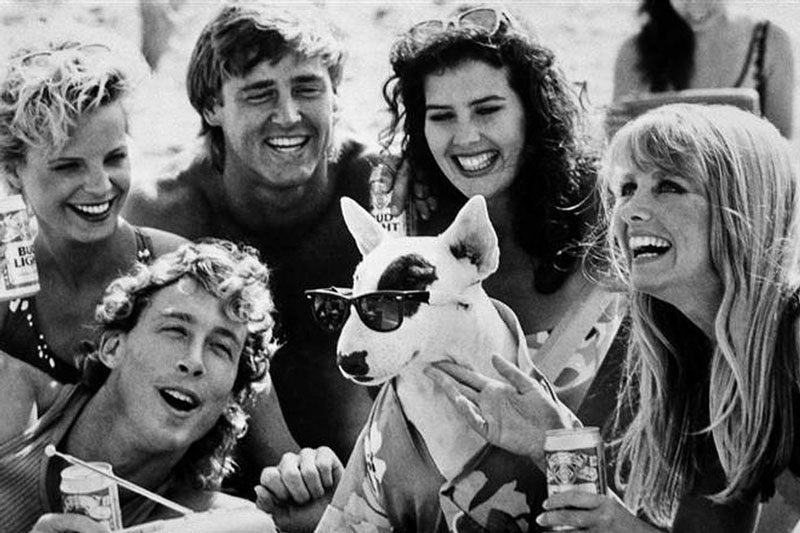 Adopting my Morpheus voice: “What if I told you that a cute dog was a spokesman to sell beer?”

What if he was a party animal, wearing Hawaiian shirts and riding skateboards? Hanging out poolside or on party boats, surrounded by cool dudes and bikini chicks?

And, in every ad, a featured hot bikini chick would say a sexually charged line that may as well has been, “I can’t wait to fuck that dog”?

Yeah, this all happened.

And WE LOVED IT!

Furthermore, the merchandising around Spuds was so crazy – plushes, towels, umbrellas, Halloween masks, etc. – that he couldn’t help but appeal to kids, too.

A cartoon, Rude Dog and the Dweebs, felt like such a Spuds knockoff that I thought he was Spuds. But no, Rude Dog was a totally radical bull terrier designed to sell … surfing and skateboarding apparel?

At some point, this had to stop. Probably around the same time Congress killed Joe Camel, the coolest peddler of cigarettes whose head looked like a penis. 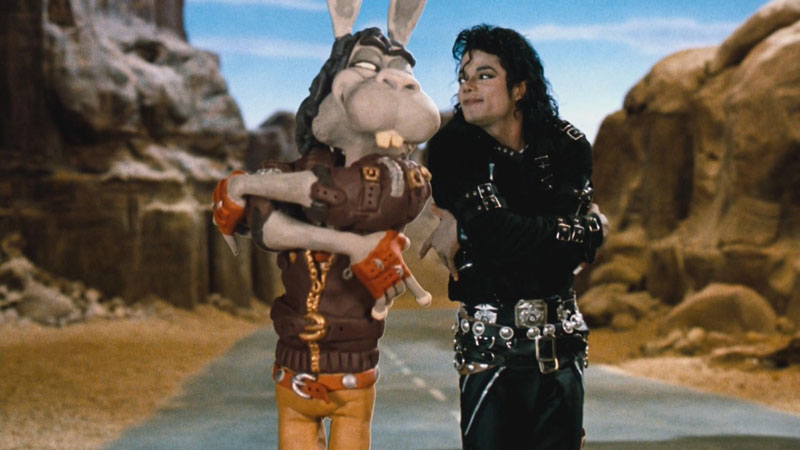 This is among my favorites to bring up to folks under 30. They really have no reason to remember this particular relic of 1988 Michaelmania, a loose music anthology film that collects concert footage, music videos, biographical clips, and dramatic filmmaking.

The “Smooth Criminal” sequence has endured because of that iconic white gangster outfit and The Lean. The video for “Leave Me Alone” remains an engaging kiss-off to the tabloid press in which Jackson, whose body is turned into an amusement park ride Gulliver’s Travels-style, breaks free and walks away.

But then there’s the storyline of Michael, an ethereal and childlike maybe-human, who protects of a group of street youths from The Drugs and a powerful drug-dealing mobster. Played by a pre-famous Joe Pesci.

Whenever the children are threatened, Michael displays magic powers. He transforms into a car. He turns into a robot that kills a bunch of Joe Pesci’s henchmen. Michael-as-robot then transforms into a spaceship, and Joe Pesci’s Mr. Big character shoots it down with an energy cannon. Yes, this drug dealer has a giant, Fleischer-era Superman cartoon mad scientist energy cannon!

That whole storyline, which then became a video game that I played in the arcades, is a big pile of “Why?”

Crummy cartoons based on video games 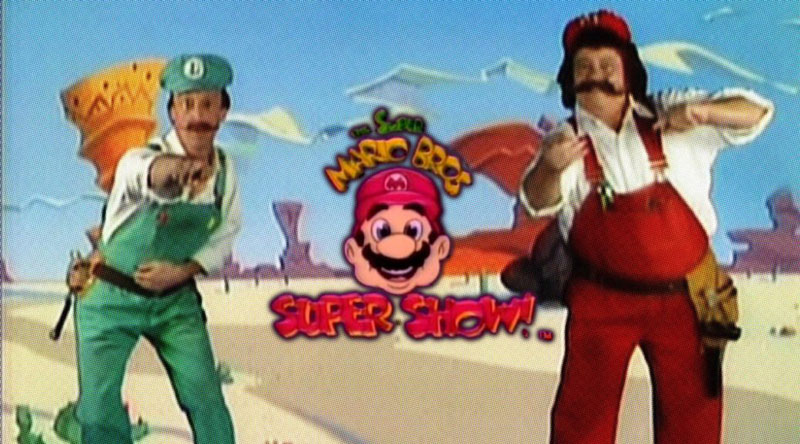 It’s not that a kids’ cartoon based on a video game is an inherently bad idea. The key issue seemed to be just how much of a narrative existed in the source material, and whether the video game company kept control of the product in the cartoon’s execution. Nintendo did just fine with The Super Mario Super Show, Captain N and The Legend of Zelda.

But try telling that to Acclaim Entertainment and their Video Power cartoon, smashing together a dude from the Arch Rivals basketball game with the main guy from the notorious N.A.R.C., and the Bigfoot monster truck, among others. Yeesh.

Or how about when Namco sold off the name to the classic, yet storyless, Pole Position game, only to see it get made into a hyper-1980s tale of a brother and sister who are stunt-driving crime fighters. They operate a traveling stunt show while also being funded by the government for their secret missions, and their cars are loaded with James Bond-ian gadgets.

If you guessed the sister drove the red car, and the brother drove the blue one, because gendered colors, you’d be correct.

Can you imagine getting stuff like that now, instead of a halfway-decent Halo anime, and a solid Castlevania series on Netflix? Or no Grand Theft Auto cartoon at all?

The necessity of queer coding and subtext 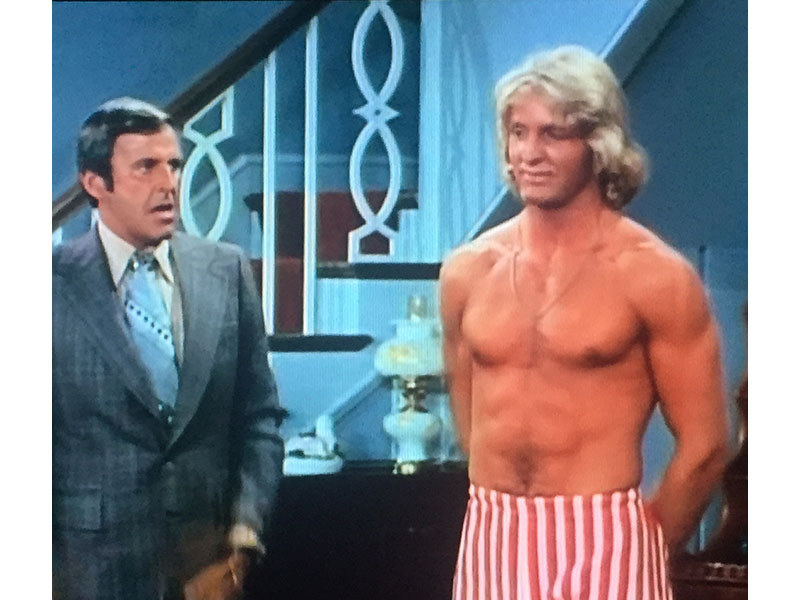 We still have a long, long way to go on acceptance of LGBTQ people. We still live in a society that scapegoats and punishes people for coming out. Conversion therapy is still not outlawed in the entire USA. And, with Trump and his followers resisting the future, it’s getting worse again.

And yet we’re still, in many ways, far from what I grew up with. All the never-say-it, never-speak-it, always snickering behind people’s backs. All the hidden messages and sneaked-in asides and elements in material fed to straight audiences, by people just fighting to exist and live in their truths.

And so many more who, erased from representation, invented their own in the spaces between, reappropriating imagery and characters and coding them as queer. There was too much hell to pay outside the closet for far too many people.

There is a power in calling a truth by its name. Today, more people have the choice to do so, and more content is reflecting that.

Steven Universe may be the most intelligent shows ever made involving deep dives into queer themes, the construction of masculinity, and same-gender attraction/love. Its creator, Rebecca Sugar, came out as bisexual and non-binary this year, after years of fans wondering how the show got these issues so well. Greg Berlanti, himself an out gay man, has built a roster of DC superhero shows on The CW that feature lesbian, transgender, bisexual and gay characters in prime roles. 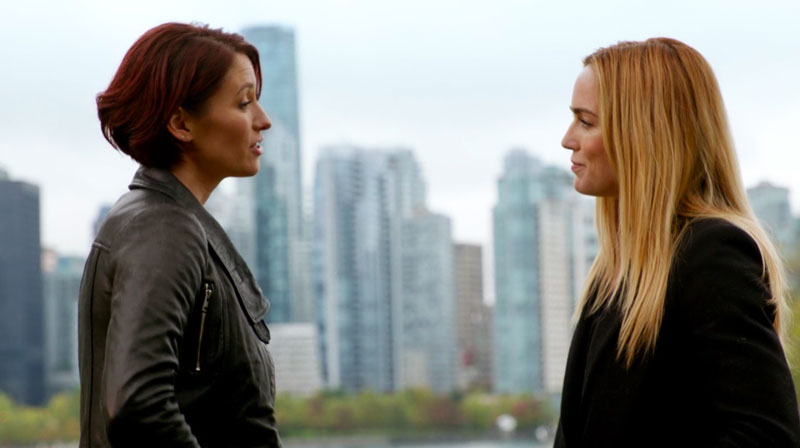 In music, Troye Sivan, Frank Ocean, Young M.A. are out there. Janelle Monae came out this year. Hayley Kiyoko has an album full of songs such as “Curious” and “He’ll Never Love You,” in which she’s daring a woman interested in her to stop messing around with that boy like she’s straight. Or the genderqueer lesbian pop singer King Princess who penned a you’re-irresistible bop titled “Pussy Is God.”

When Brooklyn Nine-Nine actress Stephanie Beatriz asked on Twitter who would play her bisexual character’s new female love interest, several actresses, including Jane the Virgin star Gina Rodriguez, put up kissy faces. Whether this is hetero people performing queerness, or not, I don’t know. But the shift in acceptance, and this form of it that feels absent a prurient male gaze, is still something to acknowledge and feels like a net good.

Big Freedia, though still lacking the headliner glory she deserves, continues to be a presence through the titanic Beyoncé and others. Cardi B, one of the hottest celebrities on the planet right now, has talked repeatedly about sexual experiences with women. Writer Ira Madison III is turning “keep it” – his amazingly pithy colossus of shade – into a brand.

RuPaul is bigger than ever, and the Drag Race show has been key in making drag queens mainstream enough to read to kids in public libraries and host brunches outside of gay bars.

The few gay bars that are left, mind you. And the even fewer bars for queer women. (Sisters, the only lesbian bar in my hometown Philadelphia, closed in 2013.) In part, it’s a casualty of the shift in greater acceptance of LGBTQ people overall. It’s also the continued pace of gentrification and socioeconomic issues under which fewer spaces now survive.

Imagine how much better some of the old songs and movies and TV and comics I grew up with may have been, had they not been denuded of humanity’s true panoply. Had more creators been able call their truth by its name.

We’re still not where we need to be, but we keep getting closer. So I hope.

Often when I hear people talk about wanting today’s pop culture to be more like it used to be, I think of that reality. How that erasure and disregard was much more of the deal, and is inextricably linked to it.

I don’t want any going back in that way.