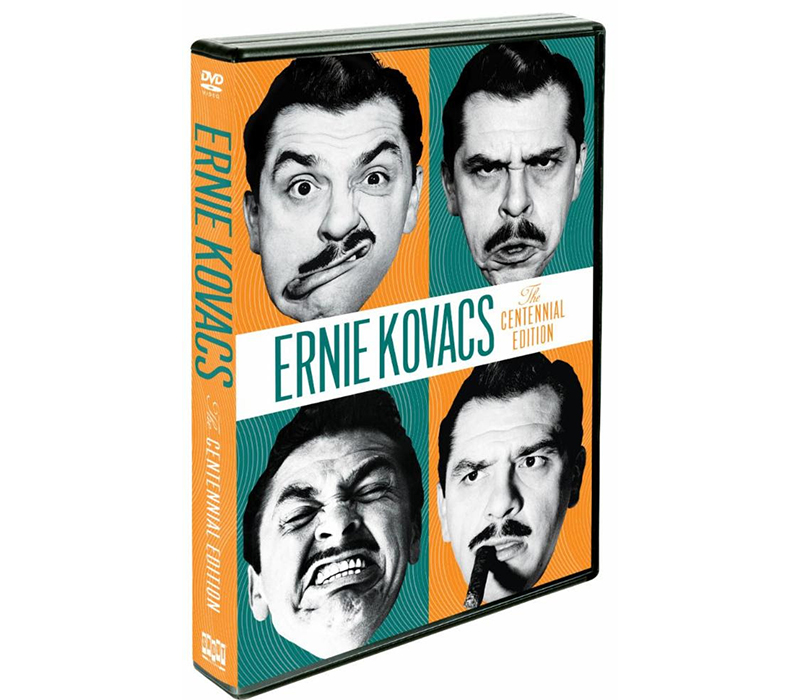 To kick off the 2019 100th birthday celebration of Ernie Kovacs, television’s original genius, Shout! Factory brings together the riotous DVD set, ERNIE KOVACS: THE CENTENNIAL EDITION. Combining the previously released volumes of groundbreaking, rule-breaking, surreal and charmingly silly comedy of the beloved and iconic comedian, the singular set features over 22 classic hours of decidedly offbeat entertainment from across Kovacs many television shows and specials. It will be available on ShoutFactory.com or wherever DVDs are sold on November 13, 2018.

Across the 9 discs of ERNIE KOVACS: THE CENTENNIAL EDITION , home audiences will find a cornucopia of Kovacs’ greatest and most memorable “hits”, showcasing an utterly unique sensibility that has influenced such comedy institutions as Monty Python and “Saturday Night Live” including episodes from his local and national morning shows, episodes from his NBC prime-time show, his five ABC-TV specials, the rare color version of his legendary silent show, “Eugene”, 3 complete episodes of his offbeat game show “Take a Good Look”, “A Pony for Chris”, Kovacs’ rarely-seen pilot for “Medicine Man” co-starring Buster Keaton, the only existing filmed solo interview with Kovacs himself, his award-winning commercials for Dutch Masters Cigars, a collection of short films, tributes rarities and much more!

And we’re giving away a set!

To enter, send an email with the subject header “KOVACS 100” to geekcontest @ gmail dot com and answer the following question:

This actor portrayed Kovacs in the 1984 tele-film, Ernie Kovacs: Between the Laughter?