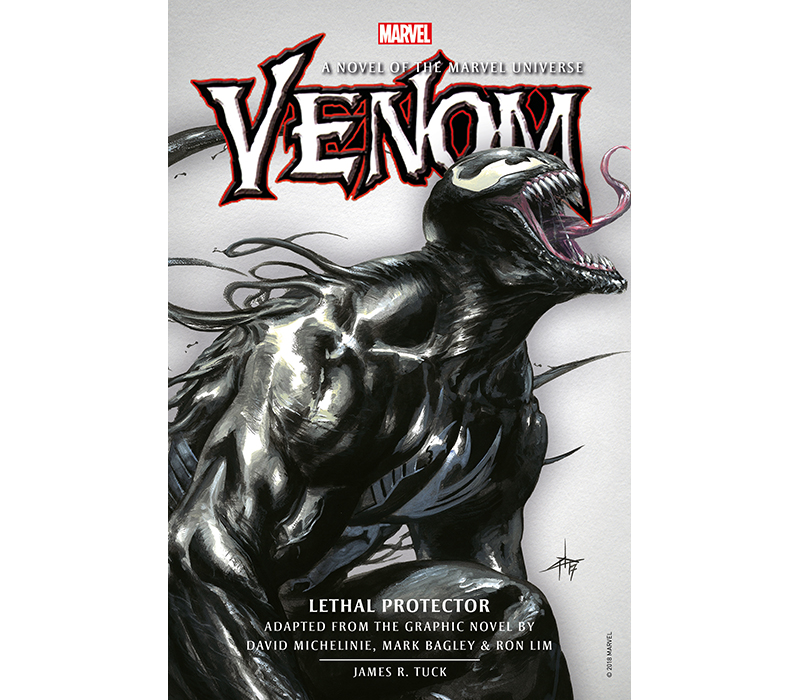 At first they seek to squash their arch-foe Spider-Man. After repeated attempts, Venom reaches an uneasy truce with the web-spinner. Brock leaves New York and heads west to San Francisco, the city of his birth, eager to put trouble behind him.

Brock commits himself to becoming a defender of the innocent, but he’s a six-foot-three-inch, 260 lb. figure with bulging muscles and fangs like a shark. Venom quickly draws attention—first from a furious Spider-Man, who’s certain Brock has broken his word, then from a team of armored enemies who set out to kill the “Lethal Protector.”

Venom joins forces with the web-spinner, only to face an even deadlier threat—five trained killers, each wearing a symbiotic suit like Brock’s.

These are the Spawn of Venom, and they’re out for blood.

To enter, send an email with the subject header “VENOM” to geekcontest @ gmail dot com and answer the following question:

Which comic featured the first full appearance of Vem