Brianna Hildebrand is best known for her explosive portrayal of X-Men character Negasonic Teenage Warhead in Deadpool and it’s sequel. This holiday season, a PG-13 version of the film Deadpool 2 was cut and released to expand the audience for the raucous fourth-wall breaking comedy super hero franchise, this time with added Fred Savage, in Once Upon a Deadpool. The 22 year old actress joined us today to talk Deadpool, meeting Stan Lee and getting to work with her childhood crush, Ryan Reynolds on Deadpool and Deadpool 2.

FOG!: You’ve been in some movies and TV shows so far, what is your favorite role you have played? 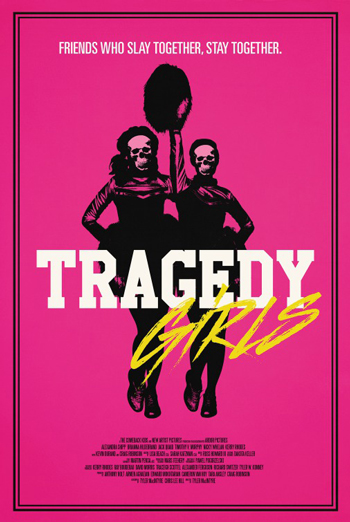 Brianna Hildebrand: I had a great time playing Negasonic, she’s so moody, but I had the most fun playing Sadie Cunningham in Tragedy Girls.

I did a slasher film a couple of summers ago (Now on Hulu) and I had so much fun doing that. I think because I had a lot of fun learning about the prosthetics.

They build an entire Craig Robinson just full of blood and that was really cool! I think I had the most fun being Sadie!

You’re relatively young, how long have you wanted to be an actor?

I don’t think actually that I ever really wanted to be an actor. When I was really young, I would force my family to sit down and watch me reenact musicals and stuff like that. So that probably should have been a giveaway!

I didn’t think I wanted to be an actor, I always wanted to do music actually. Which is kind of the reason I moved to LA and then I got into acting before I already moved there and then Deadpool ended up happening so quickly for me that now I am just riding this wave, you know?

When you got the Negasonic role, did Marvel send you a bunch of comics to learn about her?

No, they did not! It would have been nice, actually (laughs)! When I got to Vancouver to start filming the very first one, Ed Skrein who plays Ajax is a huge comic book geek and I think he brought an entire suitcase of just his Deadpool comics and he lent me a few so I could get an idea. He said, “You’re not going to know what the hell is going on in this world if you don’t read some of this”, and I am really grateful that he did that. It did help a lot.

Negasonic is a little different than your character in the movies, but I sort of think yours is an improvement, and the personality you bring to it is just awesome so, congratulations!

Thanks! That’s so nice. 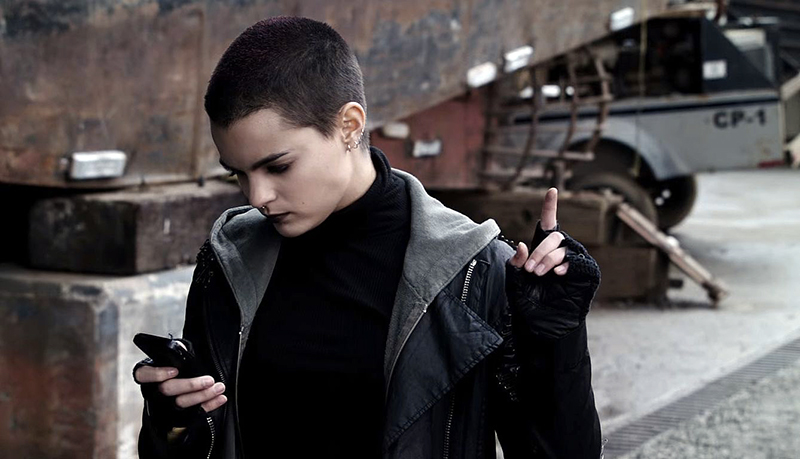 Earlier this year I had the pleasure of talking to Stefan (Kapičić) aka Colossus and you got to work with amazing actors. From Ryan to Josh and Zazie Beetz, the list goes on I could be here all day. You probably get this question a lot but was that a good film school for you?

Absolutely, and Ryan was my childhood crush so meeting him already was great, but honestly that was my first film experience. I never shot anything longer than a short film or a web series so getting to learn with such big players like that was really surreal. I think it has helped me a lot now.

I will never forget rehearsing for the first Deadpool and having Tim (Miller) yell at me in front of everyone because I wasn’t taking rehearsal seriously. Which kind of hurt my feelings then but I understand now that everyone is here to work and it’s time and money and I’m just so grateful that was my first experience.

Then coming back again and having Josh Brolin there and Zazie, I love Josh. I thought Josh would be super serious for some reason but he’s hilarious and it was really great to work with everyone.

Someone else I had the pleasure of speaking with and you got to meet was Stan Lee. Did that blow your mind?

That was crazy I think I met him for the first time at San Diego Comic Con the first time I was there and I remember just being so shook, like “what is going on”! 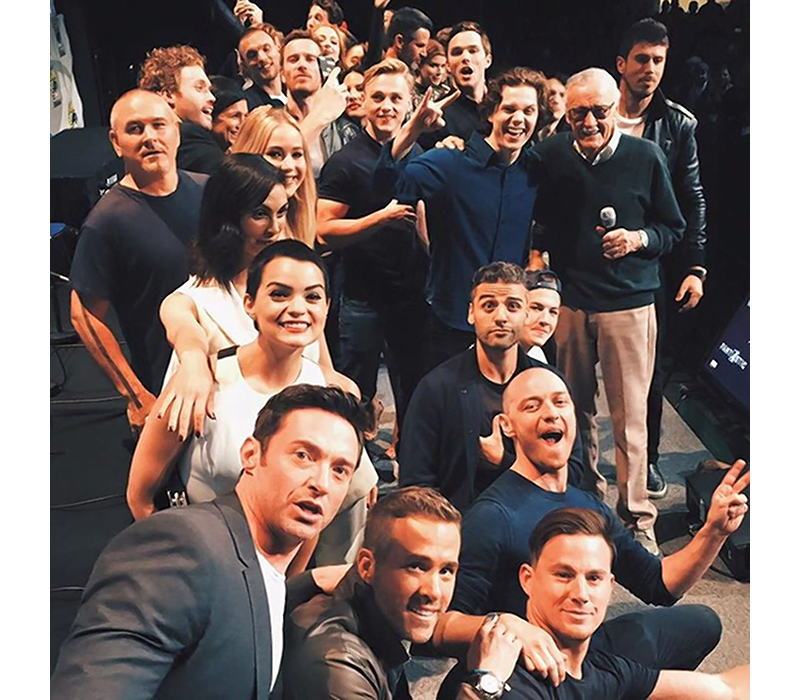 Did you see him on the set when he did his cameo or no?

I don’t think I was there when they shot that, but I did know that the cameo was in there and was excited about it. I was kind of bummed that I wasn’t there for that, but I got to meet him later so that’s all good.

Have you seen this Once Upon A Deadpool cut?

I actually have not, I was supposed to last night but I was at work so that blows but hopefully I get to see it soon! I’m planning on seeing it soon, and I know that there are some scenes in there that didn’t make the first Deadpool 2 cut that were in the Super-Duper cut and those are some of the favorite scenes that we shot, so I’m excited to see that.

Oh I love that cut too, I have all of the cuts so far! Ha. Did you have to shoot any new scenes for this cut or was that just up to Ryan and the other guys?

All that they shot were the eight new scenes with Fred Savage. All of the footage was already shot for the second Deadpool and some stuff that was cut out. Which is really cool because it makes you feel like an insider when you are watching it. 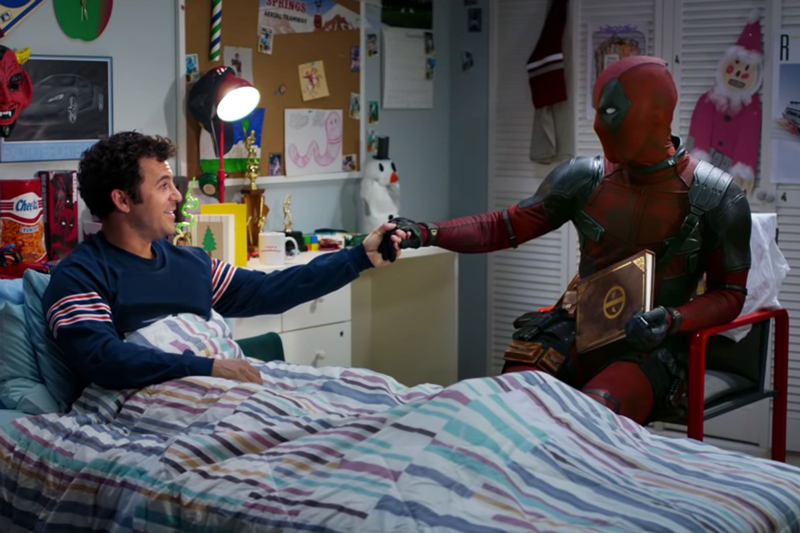 Well any excuse for me to go back to see a Deadpool movie in the movie theatre, I’m in, I’m totally there. I can’t wait to see it again. So what’s next for you, you have done some TV, some superheroing, I noticed your doing some activism, what are you working on now?

Right now, I’m filming a show called Trinkets for Netflix in Portland. I think we have a week left of shooting. It’s essentially about three high school girls that meet in a Shoplifters Anonymous group, like an Alcoholics Anonymous group for shoplifting. It’s kind of serious, it’s kind of really funny sometimes. I am really excited to see how it all turns out.

That’s really great. You mentioned music are you working on any music yourself right now or playing guitar?

Yeah, I’m always working on music, I’ve made some cool connections up here so hopefully I will get to work on stuff with somebody. It’s harder when you are traveling to sit down and get studio time or anything like that, but hopefully that gets going soon. The series has a little bit to do with music, too, so that will be really cool.

If we were to look at your Spotify right now, what are you listening to?

Yeah, get that follow going? Yeah that sounded so hip! I’m such a millennial. That is the best way to keep up with me for sure, though (instagram.com/briannahilde).  I have some projects lined up but can’t talk about them at the moment.

Well, I will vaguely put this out there, I would love to see Negasonic and Yukio meet some other heroes and do some more in that world. I look forward to that and I pray for it and can’t wait for Once Upon a Deadpool. Thanks for taking the time!

Thanks for talking to me, man! Have a good one!

Once Upon a Deadpool is now playing at a theatre near you!