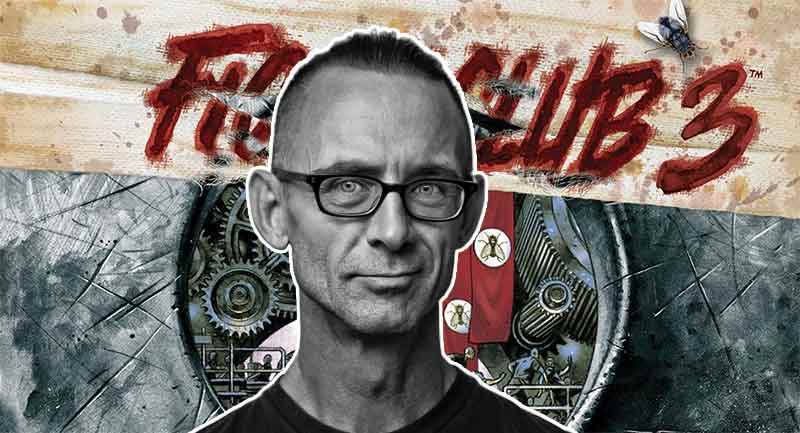 Marla Singer is about to deliver her second child, but the daddy isn’t her husband–it’s Tyler Durden, who’s very invested in his heir, and the world he’ll inherit.

Marla, her first son, and her husband–the unnamed narrator in the novel, who now goes by Balthazar–live in a rundown motel with sketchy neighbors. In the Fight Club 2 graphic novel, Tyler transformed Project Mayhem into Rize or Die–now, as a road to paradise presents itself, a new group has implemented a ruthless and deviant plan to fine-tune mankind, leading Balthazar to forge an unlikely alliance . . . with Tyler Durden.

Launching today from Dark Horse Comics, Fight Club 3 reunites author Chuck Palahniuk with his Fight Club 2 collaborators Cameron Stewart, David Mack and Nate Piekos on a new 12-issue series. Chuck took some time to discuss his latest story, what might be next and Tyler Durden.

FOG!: Did you ever imagine when you finished the original novel that you would continue the story in multiple sequels?

Chuck Palahniuk: At my point in life I’ve started to seek out old romantic attachments and reconnect, seeking sex that was as fierce as it was in 1983. Hell, we’re less inhibited, we know more about how the plumbing works. These retro-bangs are a good thing. In the same spirit of excitement-seeking I picked up Fight Club and saw a chance to bring my greater skill set to re-explore a good basic story. Editors and prostitutes can be excellent teachers.

In Fight Club 3, the Narrator is now called Balthazar (he was previously called Sebastian in Fight Club 2). Is this name change representative of an evolution or reinvention, or is it less complicated than that?

Witness Jay Gatsby. It’s a distinctly American belief that changing your name changes your life. Balthazar is still unable to commit to being one person and accepting his mortality and therefore directing his life toward a focused goal. He’s one of so many people who think the clock starts again with every new name. Alas, it does not. He’ll be changing his name on his death bed. 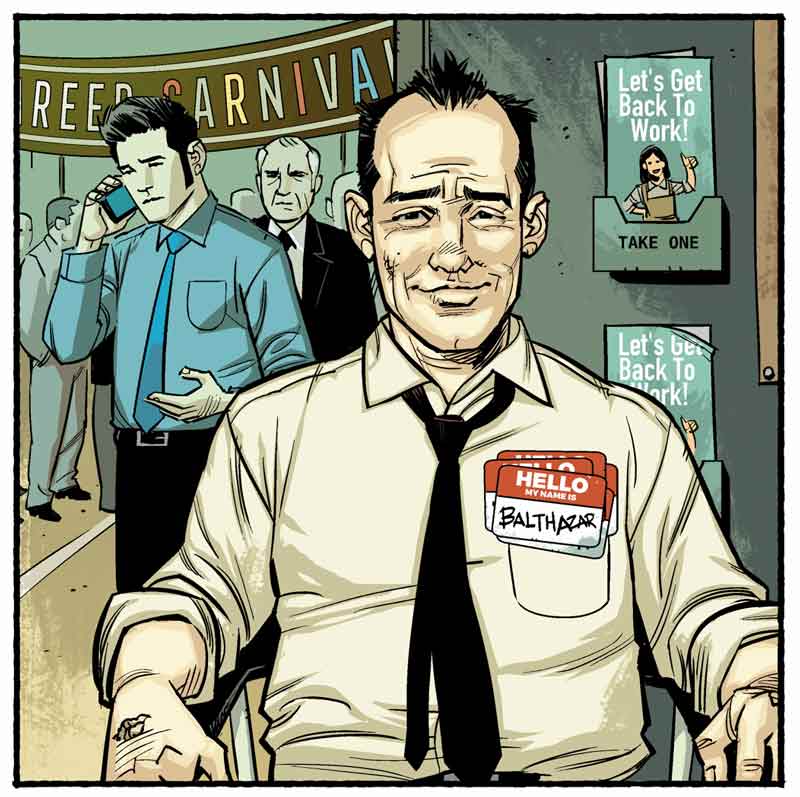 As Fight Club 3 begins, Balthazar and Maria are living in a motel and she’s pregnant with Tyler Durden’s baby. While certainly Durden was at the controls in the original novel, in Fight Club 2 he’s subdued until Maria releases him from his medically induced retirement. From any number of parenting philosophies (first child vs. second child, nature vs. nuture, etc.), how is the child of Balthazar different from the child of Durden?

Not to give too much away, but let’s just say that Tyler’s been working his plan since the beginning of humanity. His child will be a messiah whose mission will be to resolve the core conflict from which all human conflict arises.

From 1996, when the novel was published to the present, how have you changed as a person, and how, if at all, has that informed your vision of the Tyler Durden-verse?

It used to be that no one ever knew I was in a room. Now people defer to me, thinking that I have some universal answer. I’ve learned that just taking action is more satisfying than waiting for some one to take the lead. 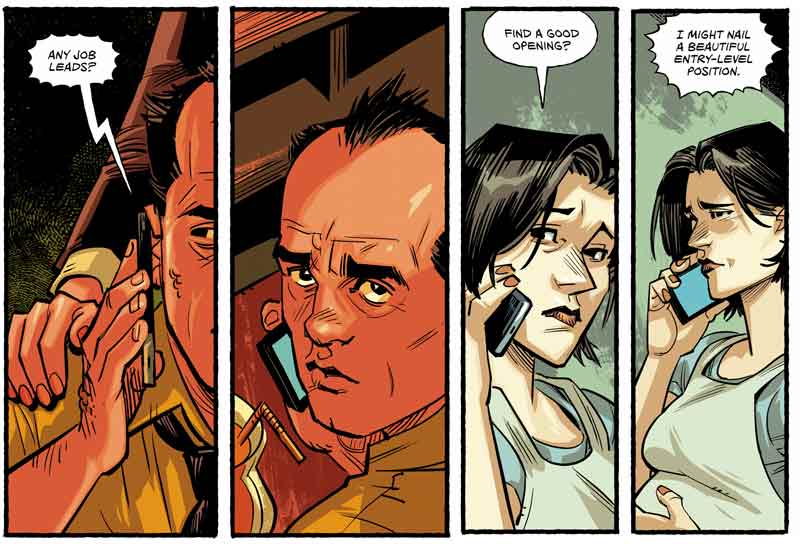 You’ve re-teamed with Cameron Stewart and David Mack. What do each of these artists specifically bring to the book?

First I admire their consistent excellence and perseverance. As we review drafts of the art and covers I might ask for several rounds of small changes. Worse, I might ask for something very edgy to be depicted. Something Cameron never imagined he’d be drawing, for example the dying children in Fight Club 2. But he’s a trooper, both he and Mack are. And that’s good because I’m asking for even more patently offensive elements in the Fight Club 3 story. 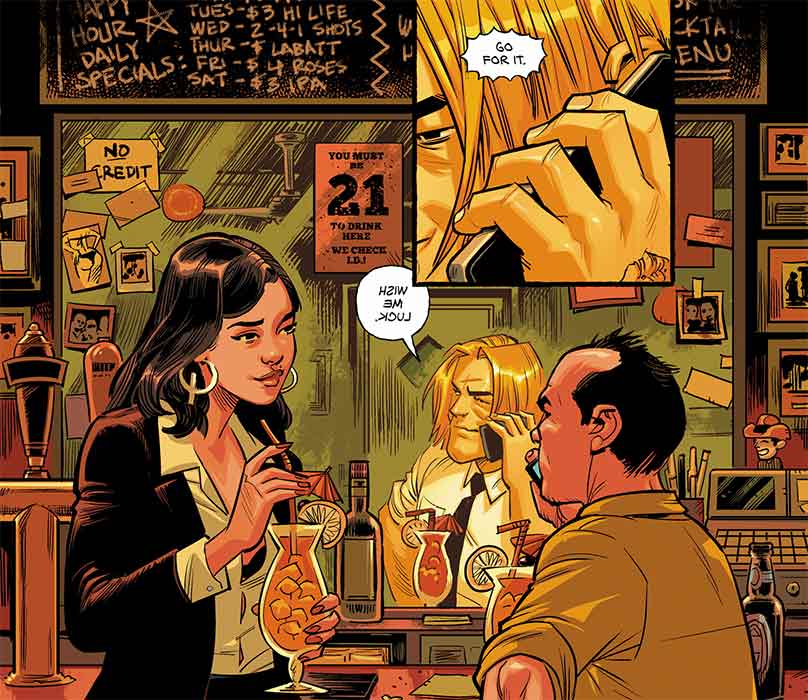 Three stories in, could you see yourself like Updike’s Rabbit Angstrom series or Truffaut’s Antoine Doinel, revisit these characters every several years, or is there a specific endgame in mind?

Your question makes me think of Salinger writing for years about the Glass family. While I do have an end-game in mind, it’s ancient, based on the teachings of a monastic order in the 16th Century. Those monks couldn’t complete their vision so I’m taking a shot at it.

What are you currently geeking out over?
My weakness is for stories about storytellers. This job isn’t anything handed to me by my ancestors so I’m always studying how past authors conducted their lives. For podcasts I’m listening to “You Must Remember This” a collection of accounts about the history of Hollywood. As for books I’m reading Becoming Dickens by Robert Douglas-Fairhurst, who argues that the greatest character the author ever created was himself. I think that’s still the case.

Fight Club 3 #1 is available in stores and digital today 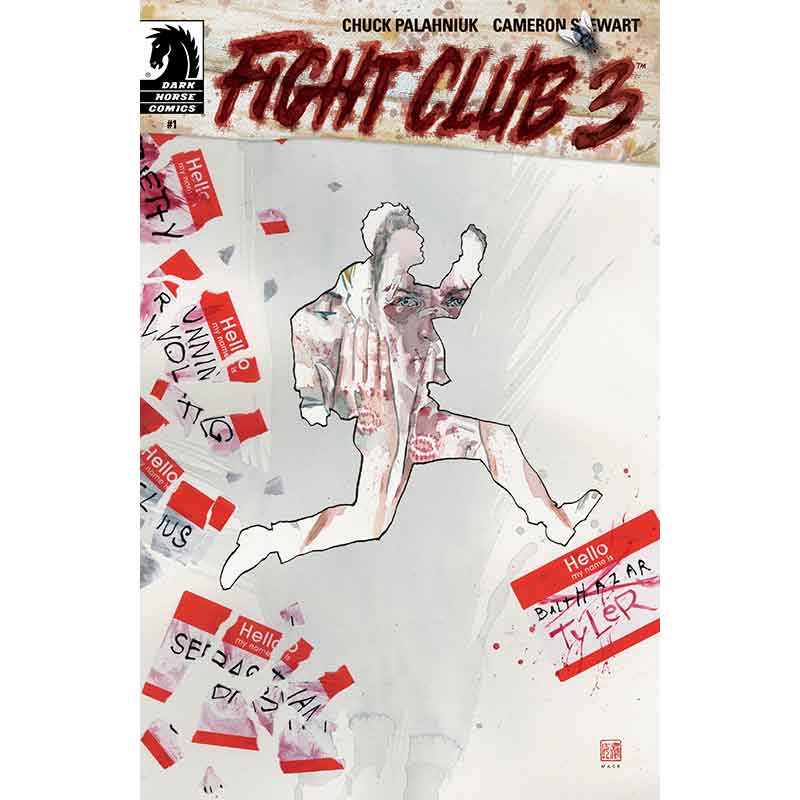