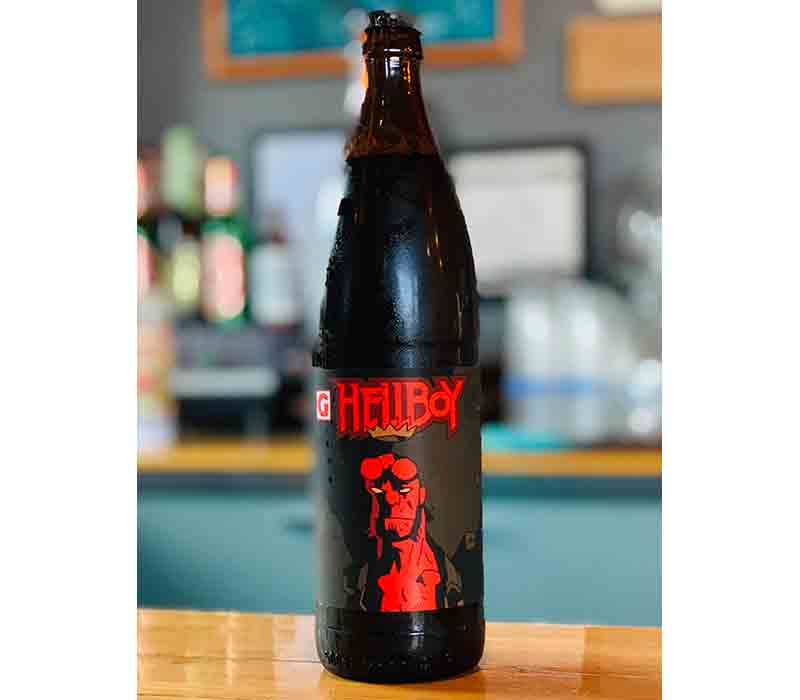 To commemorate the 25th anniversary of the publication of Hellboy: Seed of Destruction, Oregon’s Gigantic Brewing and Dark Horse Comics are teaming up to create 666 cases of Hellboy beer, based on award-winning cartoonist Mike Mignola’s legendary character. All told, Gigantic Brewing will release six different Hellboy beers, with flavors inspired by fan-favorite characters from the Hellboy comic books. Each new beer will be a limited edition run of 666 cases and will be released approximately every seven weeks. The first beer, Hellboy, features a maple syrup and pancake profile. Gigantic Brewing’s first Hellboy beer will be released in March, ahead of Hellboy Day on March 23, 2019, when comic book stores and fans across the country will celebrate twenty-five years of Hellboy comics and graphic novels.

The limited edition beers will be released in the following order and feature different flavor profiles:

Fans attending Seattle’s Emerald City Comic Con will get a chance to be the first to taste Hellboy beer at its official release at an offsite event on March 15th at an as-yet-undisclosed event. Hellboy beer will subsequently be available in select locations across the US. Gigantic Brewing will also be selling prints and t-shirts featuring new Mike Mignola’s illustrations for each of the six Hellboy beers.